Review: Cellist Yo-Yo Ma puts on a show-stopping performance with the ASO 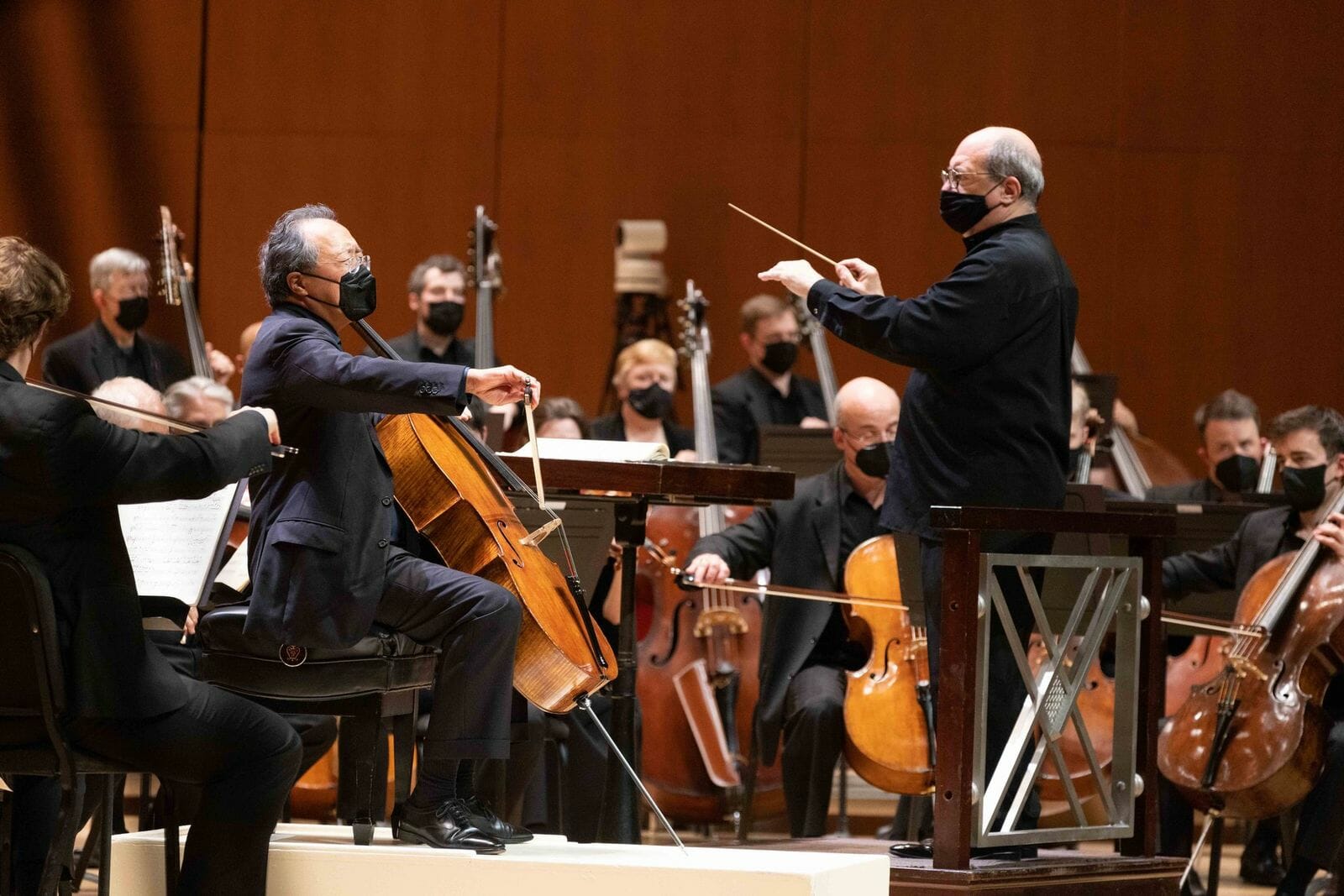 Superstar cellist Yo-Yo Ma played with the Atlanta Symphony Orchestra to a near-capacity crowd Wednesday night, and the palpable excitement radiating off that tightly packed audience was certainly understandable. Ma is that rarest of players — like Wynton Marsalis to the trumpet or Eddie Van Halen to the guitar — whose mastery and influence are so all-encompassing that he casts a shadow across the very concept of the instrument itself.

In a career spanning four decades, Ma has amassed a formidable discography of more than 90 albums, won 18 Grammy awards, and scaled the heights of musical accomplishment across a seemingly endless array of genres from the western classical cannon to the exotic outer reaches explored by his Silkroad Ensemble.

Though Ma commanded the evening’s attention, he shared the stage with another dominating presence: 18th century Czech composer Antonín Dvořák, whose works made up both halves of the evening’s program. “From the New World,” Dvořák’s Symphony No. 9 in E Minor, Op. 95, would open the evening and be performed solely by the ASO, while the Cello Concerto in B Minor, Op. 104, would see the ensemble joined by Ma. Robert Spano, the ASO’s outgoing music director, occupied the podium for an evening of bombastic energy that seemed to naturally transcend the confines of his conservative conducting technique.

“From the New World” is a sweeping tour de force, one commissioned from Dvořák by American philanthropist Jeannette Thurber, who hoped to co-opt the composer’s nationalistic attitudes toward the music of his homeland into a similar enthusiasm for classical music among American listeners. Thurber’s initial vision for her commission was a Native American opera derived from the poem “The Song of Hiawatha” by Henry Wadsworth Longfellow. Difficulty in finalizing a libretto would send the project spiraling into development hell, but not before providing material for the inner movements — the Largo and Scherzo — of “From the New World.”

In the hands of the ASO, “From the New World” was a tightly controlled display of wide-reaching dynamics. The opening Adagio is full of righteous fury intercut with turn-on-a-dime shifts into moments of sedate calm, much akin to the iconic opening bars of Beethoven’s Fifth Symphony. When a composition relies on sudden tonal jumps in this manner, it is usually the responsibility of the softer passages to build up the melodic tension that will make the explosive fury of the louder moments effective. To this end, the ASO’s exemplary woodwind section delivered a meditative, soothing undercurrent for the overall work.

Of particular note was the extraordinary solo work of principal oboist Elizabeth Koch Tiscione. A fluid command of the oboe alone is cause for praise, given the instrument’s notoriously difficult nature. But Koch Tiscione brought something else to the performance — a series of solos that took a step beyond the realm of technical mastery and into the kind of human connection that all musicians strive for but few attain.

After intermission, Yo-Yo Ma took the stage to deliver a captivating performance of Dvořák’s Cello Concerto in B Minor, Op. 104. The piece itself is somewhat paradoxical — despite being written to feature the cello, it seems to make the instrument a secondary focus to the larger ensemble. The cello interjects rather than dominates, a stark contrast from, for example, the work of Beethoven, where concertos for specific instruments are essentially glorified solos and the ensemble disappears into the background. It’s an oddly restrained choice for a concert featuring the world’s leading cellist but one that Ma himself was willing to throw himself into wholeheartedly.

From the outset, Ma made a bold choice in his tone and eschewed crowd-pleasing softness for a sound that was brash and nasal, giving the cello a tone more akin to a viola. It was a disarming sound that stood in stark contrast to the ASO’s smooth elegance.

He seemed to be hitting his vibrato harder than was necessary and digging in with the bow to an almost obnoxious degree. But it soon became apparent that this brazen distortion of his tone was the result of endless explorations into everything from traditional Chinese folk sounds to American bluegrass and everything in between. Ma was not merely playing Dvořák as a classical cellist but as a consummate musician who bore the weight of a whole world of influences in every note that he played. The tone became something transcendental and captivating, even if it started as an acquired taste. Ma’s bold decision had reinvigorated the piece, finding vitality and originality where one would not normally think to look for it.

For all his avant-garde showmanship, Ma would embrace a more traditional tone for his unexpected encore: a performance of J.S. Bach’s Cello Suite No. 6 in D Major, BWV 1012: IV “Sarabande.” The piece was delivered as a tribute to former ASO cellist Christopher Rex in light of his recent death. To hear a grand master of the instrument take the time to pay tribute to one of Atlanta’s own was an honor to behold and a comforting gesture to a local music community still coping with the loss of one of its most beloved figures.