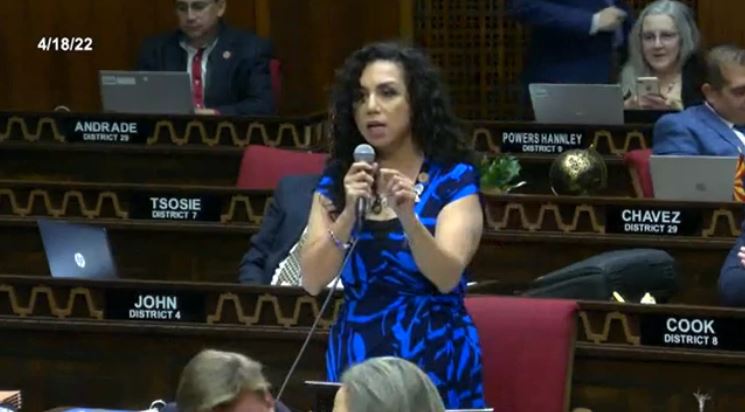 On Monday, Rep. Joel John killed a bill sponsored by Sen. Nancy Barto, that would have given parents access to learning materials. Before casting his vote against parental rights, John claimed to be only one of two members of the Republican Caucus who worked in a classroom.

John was mistaken and his colleagues, Reps. Teresa Martinez, and Neal Carter made him aware of their classroom experience in their statements that followed his:

In the end, Reps. Steve Kaiser and Justin Wilmeth voted against the bill so they could be on the prevailing side of the vote and exercise the right to bring it back later for another vote.

The modest bill has been a victim of misinformation and scare tactics by John, teacher union activists, and members of the Democratic Caucus.

In her floor speech, veteran teacher Rep. Michelle Udall made it clear that teachers began posting curriculum and lesson plans during the COVID-19 shutdowns. She stated that while it does require extra work, it is work that teachers have grown accustomed to. She did say that she would like to see teachers receive a stipend as compensation for the extra work.

In earlier debate, Barto dismissed the oft-repeated claim about the bill, made by opponents, that it requires teachers to post their chosen learning materials online a year in advance. In fact, the bill simply requires the posting of the titles of their lesson plans every week. Contrary to the many claims about the bill, it merely “expands statutorily-outlined requirements providing parent or guardian access to materials used for student instruction. It requires each school operated by a school district or charter school to post on its website a list of learning materials and activities including specified information and according to specified time frames depending on the topic.”