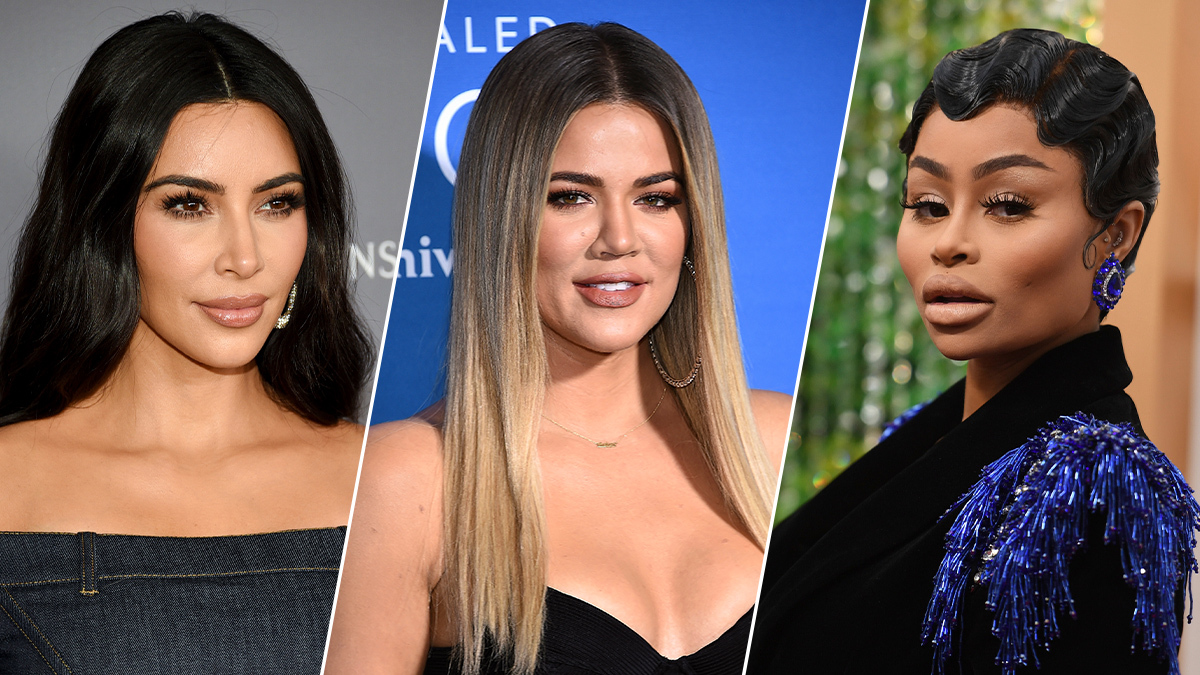 Reality TV personalities Kim and Khloe Kardashian and Kris and Kylie Jenner found themselves in a decidedly different environment Monday, sitting in a downtown Los Angeles courtroom as jury selection began in trial of a defamation lawsuit filed against them by model Blac Chyna.

As the process unfolded, the group listened to comments from prospective jurors about the parties that ranged from nice to not so nice, as attorneys struggled throughout the afternoon to find panelists with an open mind. The selection process will continue Tuesday.

“I hope none of these people get any wealthier because of this for sure,” a Long Beach man and current computer science student said.

A female juror echoed his remarks, saying, “It’s more money for … their pockets and less for us,” she said.

“In the end they shouldn’t be getting any money,” still another female juror said.

Yet another woman panelist said she does not believe the Kardashians are good role models for her daughters.

“I’m not sure I would be fair to them,” the woman said.

Others criticized the concept of reality television in general, the impact of social media and what they perceived as the Kardashians’ sense of entitlement.

But another female juror said she did not feel she could be fair to Chyna, because she is a longtime fan of the Kardashians and their show.

“I’m a pretty good fan of the defendants, so I don’t think I can be unbiased,” the hair stylist from Koreatown said.

Another female juror said she had learned about Chyna’s case against the Kardashians and Jenners on TikTok and would probably lean toward the side of the defendants.

Kanye West says he is taking “accountability” for now-deleted social media posts he shared over the last few days that some may see as “harassing” his ex-wife, Kim Kardashian and her boyfriend Pete Davidson. The 44-year-old rapper shared a photo on Instagram on Tuesday saying that he is working on his communication as well as saying that he is, “still learning in real time.” Pete and Kim have been dating since late last year.

“I don’t want to waste you guys’ time,” she said.
One male juror said he has seen the 2002 sex tape between Kim Kardashian and Ray J and believed it would disrupt his concentration in listening to the trial evidence.

“I’m going to be replaying this sex tape in my head and am probably not going to be paying attention very closely,” said the juror, whose comments were cut off by Judge Gregory W. Alarcon, who said, “I think we get the point.”

The Kardashians and Jenners showed no reaction to the jurors’ statements.

Chyna, whose real name is Angela White, claims the four socialites made false statements about her, causing her to lose considerable money from the cancellation of the “Rob & Chyna” show — a reality series the model appeared in with former fiance Rob Kardashian.

The lawsuit alleges defamation and interference with prospective economic advantage.

Chyna alleges the four women falsely claimed she physically abused Rob Kardashian while they were a couple. Rob Kardashian recently dropped a separate lawsuit he filed against Chyna over the alleged beating.

In her suit brought in November 2017, Chyna maintains that E! would have gone forward with a second season of “Rob & Chyna” but for the allegedly false statements made against her by the Kardashian and Jenner women to network representatives in late 2016 and early 2017.

“Although Kris Jenner was the ringleader, her three daughters all played a role in getting Chyna’s show canceled, to their immense financial benefit,” Blac Chyna’s attorney, Lynne Ciani, said in a statement last week ahead of the trial. “And they knew they did not have the legal right to cancel Chyna’s show: All four defendants carried out their illegal activity in secret and repeatedly lied to Chyna’s face.”

The defendants’ alleged ruse was “so elaborate and conniving” that they instructed the Bunim Murray film crew not to have Chyna in any shots, but told her she was still filming for season two of “Rob & Chyna” and for “Keeping Up with the Kardashians,” according to Ciani.

“Chyna went from being the star on E!’s number-one hit show at $92,500 per episode to being off the airwaves entirely,” Ciani said. “The defendants’ illegal conduct not only cost Chyna millions and millions of dollars, their conduct was emotionally devastating to her. Kris Jenner was like a second mother to Chyna and Kim had been her BFF for years. The extreme betrayal and humiliation felt by Chyna after discovering the truth about what the defendants did to her lingers to this day.”

The Jenners and Kardashians are all expected to testify during the trial, along with “Rob & Chyna” producer Ryan Seacrest.

Chyna is expected to be the first witness called to the stand once a jury is seated.

Defense attorney Michael G. Rhodes told the judge earlier this month he made a settlement offer to Chyna on behalf of the Kardashians/Jenners, but it was rejected.