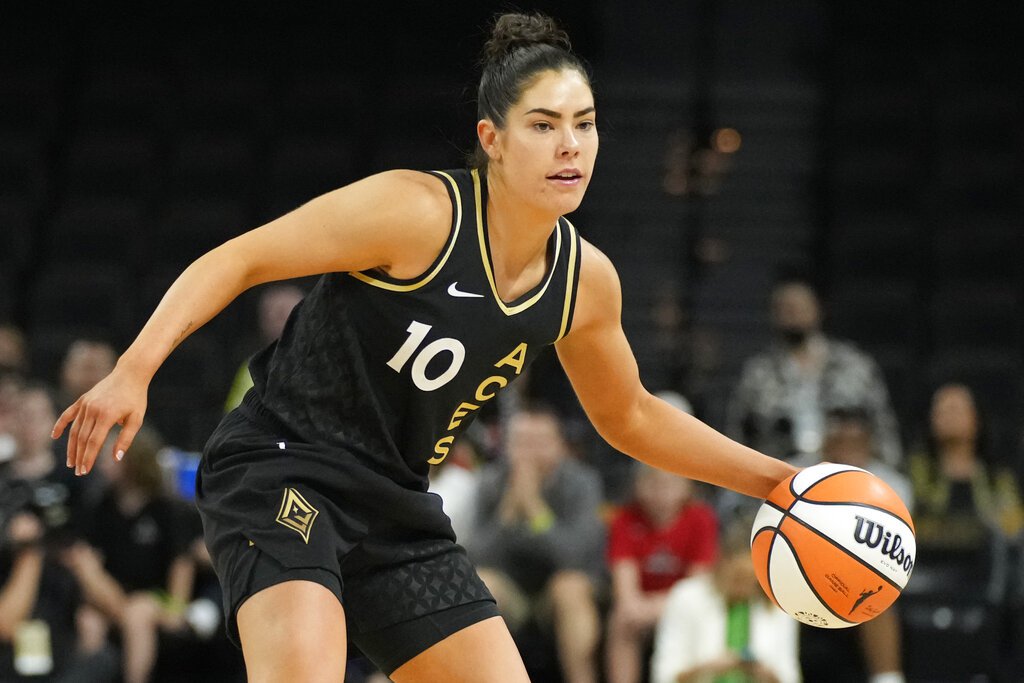 Las Vegas Aces’ Kelsey Plum (10) drives against the Dallas Wings during the second half of a WNBA basketball game Sunday, June 5, 2022, in Las Vegas.

Dearica Hamby added 12 points, eight rebounds and five assists for Las Vegas, which was missing Jackie Young to an injury.

Plum hit a 3-pointer to give the Aces 75-67 lead with 56 seconds left. Allisha Gray answered with a 3 for Dallas about 5 seconds later but Plum and Gray each made four free throws from there to seal it.

A’ja Wilson fouled out for the first time in her WNBA career when she was called for an offensive foul with 3:39 to play and the Aces leading 69-64.