PBA: Ginebra’s hot shooting too much for Meralco 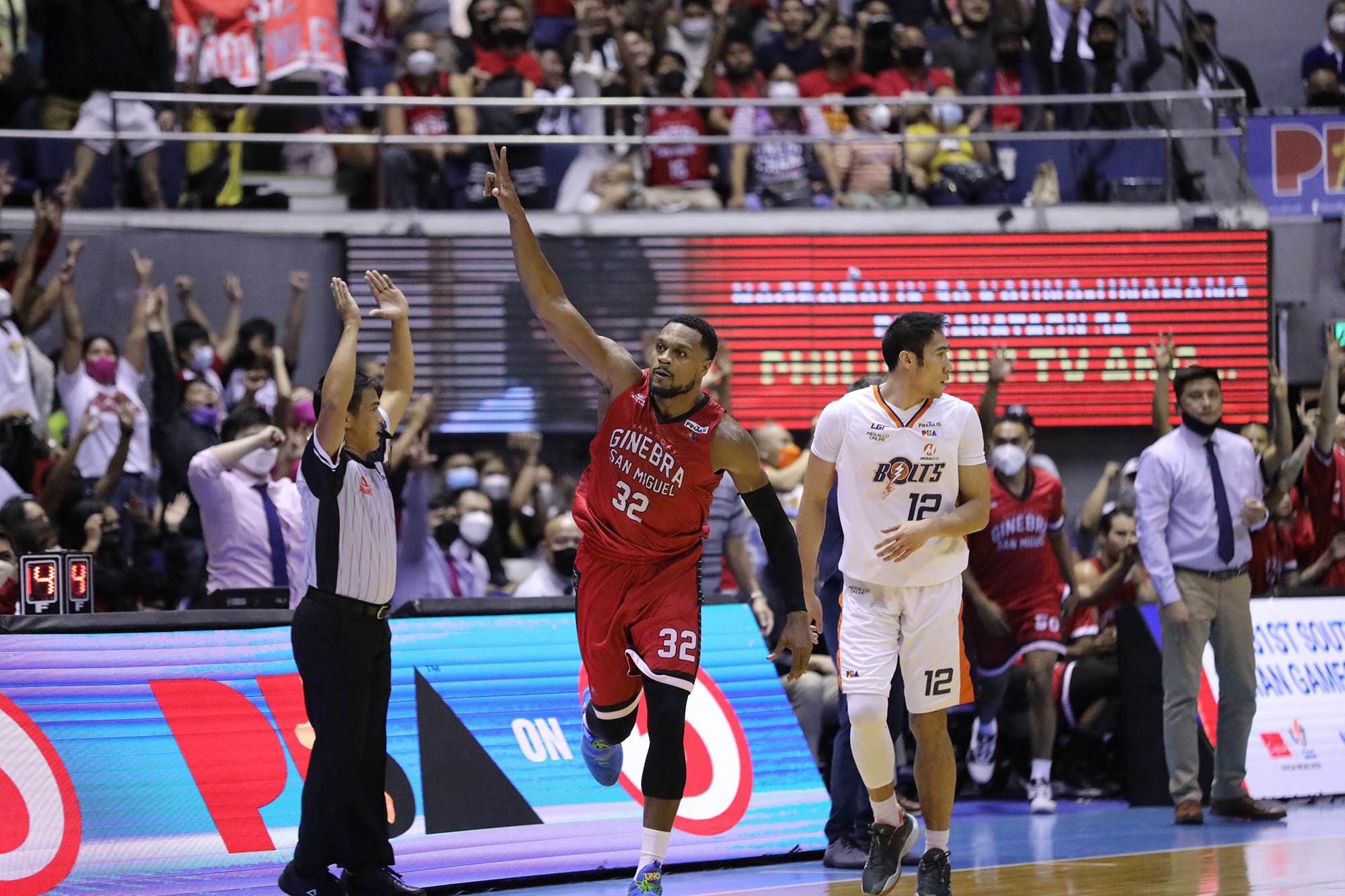 “An amazing shooting game by Ginebra,” he swiftly said when asked what doomed his Bolts in a 115-110 Game 5 loss at Smart Araneta Coliseum.

“I thought there were a lot of times that we played decent defense, but they were able to still knock down their threes,” Black said.

“It’s hard to beat a team that shoots like they shot tonight,” he went on.

Ginebra, Meralco’s source of torment in their last three meetings in this tournament’s championship series, used the three-pointer to full effect before a new pandemic record of 18,251 fans.

The Gin Kings hit 16 triples—six more than the Bolts—and buried Black and his charges to holes as deep as 14 points in the contest.

And Ginebra stayed on target even after a feisty Meralco fightback pulled the Bolts within 98-97 with 4:44 remaining.

“We did do better offensively in the second half. We finally got Tony Bishop going in the fourth quarter. But Standhardinger hit a couple of crucial shots there in the end game that helped Ginebra,” Black said.

Black said that the team’s second group will have to step up on Wednesday if the club hopes to keep alive its aspirations of breaking through in this league.

“Right now I need my second team to step up and play a lot better because that’s what’s been hurting us the last couple of games,” he said.
A frosty first half by import Tony Bishop Jr. had Meralco playing catchup early. Aaron Black, Chris Newsome, and Allein Maliksi were productive but a few more contributions would’ve enabled the Bolts to narrow the gap sooner than later.

Chris Banchero, who was relegated to the second squad after an assortment of injuries, only finished with two points. Bong Quinto, who has always been a decent contributor for the Bolts, wound up finishing with just as much.

“If guys like Bong and Chris don’t score, then probably you’re not going to score many points except for the points coming from your import,” Black