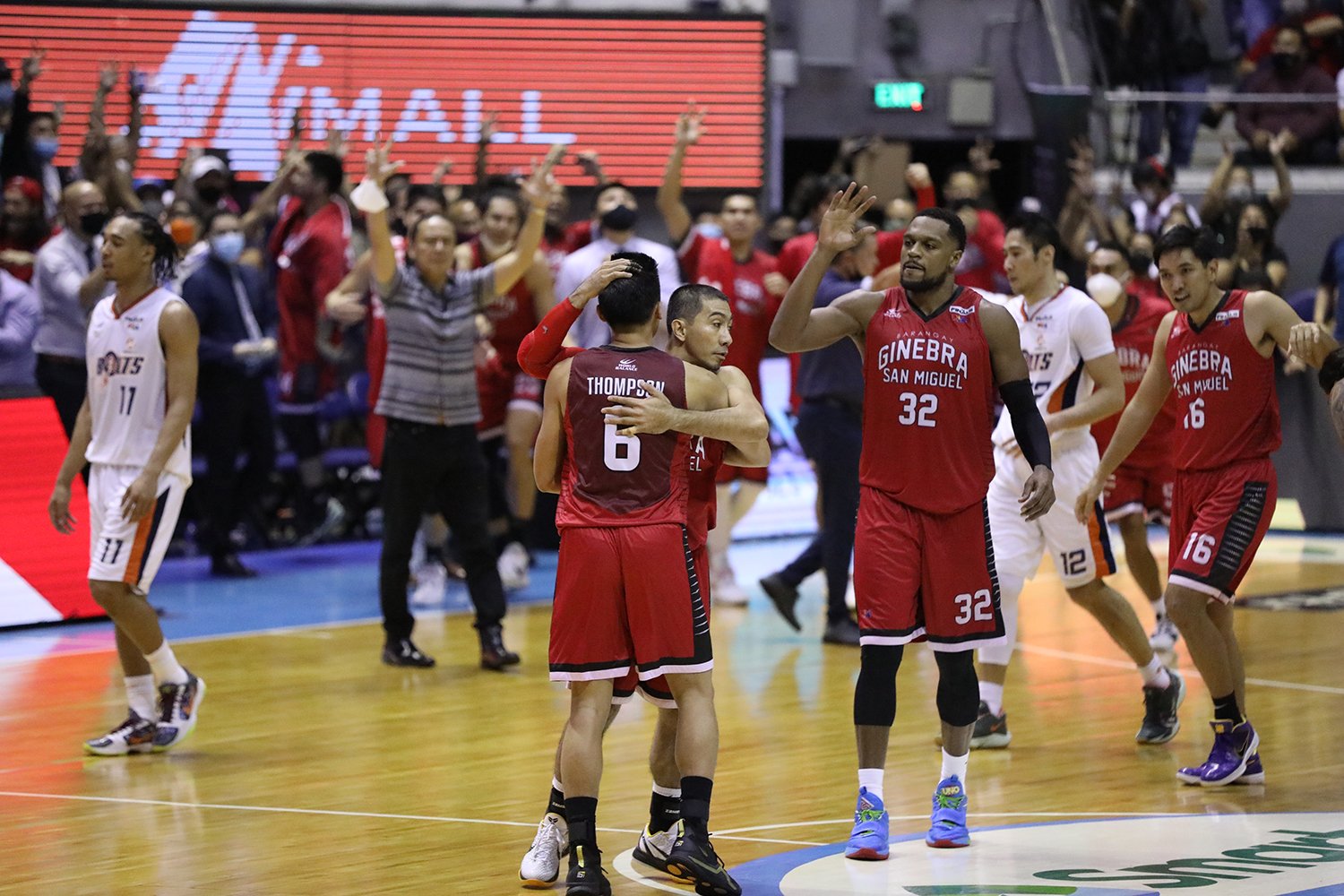 MANILA, Philippines—Barangay Ginebra used the three-point shot to maximum effect on Sunday night and then turned to Scottie Thompson in the most critical of times to pull out a 115-110 victory over Meralco and stand at the doorstep of another PBA Governors’ Cup title.

Thompson, the Best Player of the Conference, scored or assisted on seven of the Gin Kings’ last 15 points to hold off the Bolts, who pulled within 98-97 with 4:44 left in the game.

“We scored 115 points against a really, really good Meralco defense. So that really tells you how well we really shot the basketball tonight,” said head coach Tim Cone, whose charges move a win away from a successful title-retention bid.

Thompson was again a rebound shy of a triple-double, finishing with 19 points and 11 rebounds that backstopped Justin Brownlee, who turned in 40 points and 11 boards.

Import Tony Bishop Jr. had 30 points and 15 rebounds while Aaron Black and Chris Newsome tossed in 25 each. But their heroics came a little too late for the Bolts who will have no other recourse but to win the next match if they hope to keep alive their hopes of breaking through in his league.