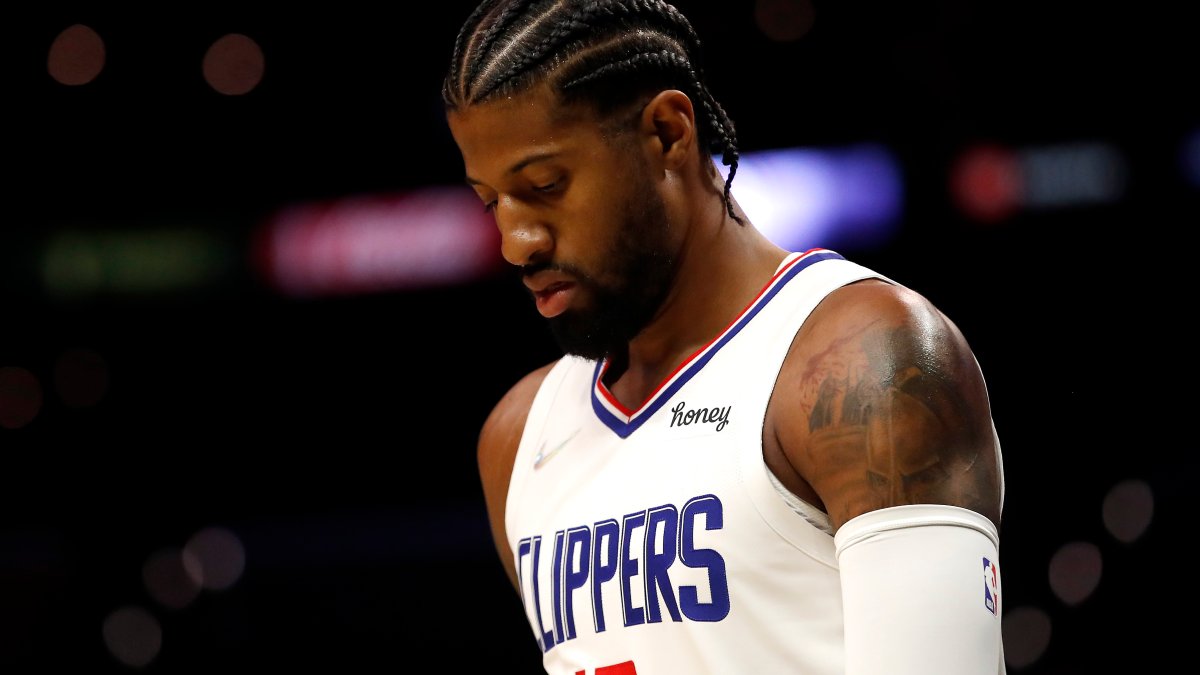 The Clippers will be without Paul George Friday night with the season on the line.

George entered the NBA’s health and safety protocols and will miss the game against New Orleans, which will decide the Western Conference’s eighth and final playoff spot.

The Los Angeles Times and ESPN reported George will miss the game due to COVID protocols, citing team president of basketball operations Lawrence Frank. Frank said George did not feel well on Thursday and his test results came back positive Friday morning.

George’s status marks another challenge for a team that has shown its resiliency this season.

The Clippers finished two games above .500 despite not having superstar Kawhi Leonard all season and losing George for a big chunk of it. They traded for Norman Powell in February, only to lose him to injury days later.

George and Powell recently returned within days of each other and sparked the Clippers to a five-game winning streak to end the regular season.

The Pelicans advanced with a 113-103 victory over the San Antonio Spurs. The Clippers lost to the Minnesota Timberwolves 109-104, which cost them the No. 7 seed and a first-round matchup against Memphis.

“I definitely hope that we keep our spirits high, that we understand we still got another one on Friday, that we control our own destiny,” Clippers guard Reggie Jackson said.

The winner earns the No. 8 seed and a first-round meeting with the NBA-leading Phoenix Suns. The Clippers lost to the Suns in six games in last year’s conference finals.

Both teams will be without superstars.

Leonard continues to work his way back from surgery for a partial tear of his right ACL that occurred in the second round against Utah last year. The team has honored Leonard’s penchant for privacy and provided little information about his status.

However, he has maintained a presence around the team and will be on hand Friday.

“Even when PG was out, just having those guys around means a lot to this team, especially a young team,” coach Tyronn Lue said Thursday.

Zion Williamson is progressing in his recovery from a foot injury that has kept him out all season for the Pelicans and has been participating in controlled scrimmages. However, the 2019 top overall draft pick isn’t expected to play against the Clippers, although he did steal the show with a pair of windmill dunks during warmups Wednesday.