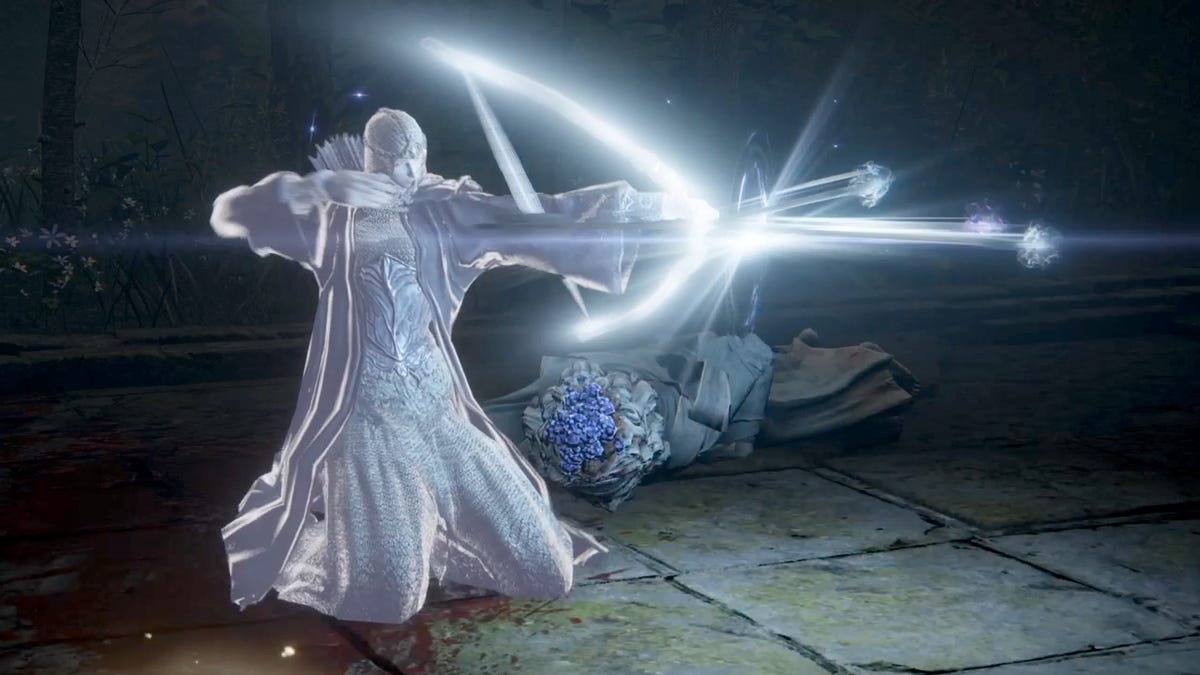 While handy as backup against bosses, Elden Ring’s summons can be pretty brainless for the most part. But one particularly crafty spirit ash is worth finishing a short quest to acquire, if only to see her unique interactions with the wildlife of the Lands Between.

Latenna the Albinauric is essentially a turret. She rarely moves from the place where she’s summoned, preferring instead to snipe foes from afar with her magical bow. When Latenna encounters one of Elden Ring’s large direwolves, however, she’ll climb aboard the creature and use it as a mount, mimicking fellow Albinauric archers you encounter in a late-game area.

This gives Latenna access to a new freezing mist attack via the wolf’s maw, not to mention much greater mobility. That said, since Latenna ranks among Elden Ring’s best spirit ashes in large part because you can position her away from the fray, the wolf’s tendency to throw her into harm’s way can be a little counterproductive.

Of course, like almost everything in Elden Ring, there are some interesting narrative explanations behind this mechanic.

Latenna is, as her name suggests, an Albinauric, a race described in-game as “made and refined by human hands.” Albinaurics come in two distinct varieties: fairly normal-looking humanoids with weak or non-functioning legs and cartwheeling fishmen with black, bulging eyes. Latenna belongs to the former, and when you find her seaside shack beyond a cave in the Liurnia region, she’s mourning the death of Lobo, her wolf ally.

After meeting certain story requirements, Latenna will ask to accompany you on a journey to Miquella’s Haligtree. If you agree, she’ll voluntarily sacrifice herself and become a powerful spirit ash.

As shown above, mounted wolves remain hostile if no other enemies are around and can damage both Latenna and the player with their ice mist spell. Latenna will also unload arrows into the wolf’s head while on its back, making for an awkward, one-sided battle between her and her hijacked mount that eventually results in its death.

It’s unclear if Latenna’s wolf-riding mechanic is intended or perhaps an accidental holdover from a point during Elden Ring development. That said, I wouldn’t be surprised to learn FromSoftware left this little Easter egg in the game on purpose as a nod to Latenna’s origins as an Albinauric and her companionship with Lobo.

Elden Ring’s secrets are vast and varied. It’s obvious we still have lots to learn, but thankfully, there are plenty of folks still digging into this massive game over a month after its wildly successful launch.