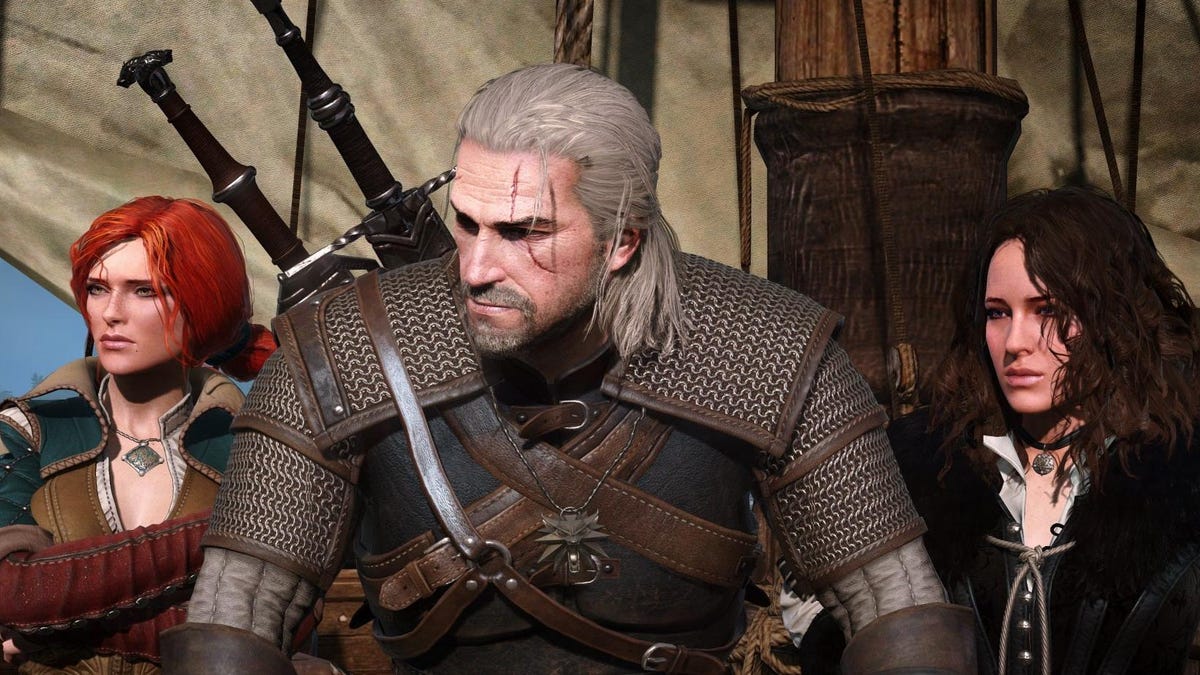 The PlayStation 5 and Xbox Series X/S upgrade for The Witcher 3 won’t arrive anytime soon. In fact, CD Projekt Red announced today that it’s delayed indefinitely. That follows the decision to bring development on the next-gen version back in house after it was previously in the hands of Saber Interactive’s Russia office.

“We have decided to have our in-house development team conduct the remaining work on the next-gen version of The Witcher 3: Wild Hunt,” CDPR wrote on Twitter Wednesday. “We are currently evaluating the scope of work to be done and thus have to postpone Q2 release until further notice.”

Announced back in September 2020, the PS5 and Xbox Series X/S upgrade for The Witcher 3 promised a “range of visual and technical improvements—including ray tracing and faster loading times.” CDPR confirmed at the time that Saber Interactive, which somehow managed to port the game to the Nintendo Switch in 2019, would lead development on the next-gen versions. “They already know our technology very well,” CDPR president Adam Kiciński told investors at the time.

While Saber Interactive is headquartered in Florida, its first game studio was established in St. Petersburg, Russia, the same studio that handled work on the 4K and Switch versions of The Witcher 3. Following the invasion of Ukraine in February, however, CDPR condemned Russia’s attack and halted sales of its games and services in the country. Other companies followed suit, with some relinquishing ties with Russian game studios over the war.

It’s not clear if CDPR’s decision to finish the next-gen version of The Witcher 3 in-house is related to the war or the result of other considerations. Rumor of the change first emerged among reporting on Russian language gaming sites late last month.

“We have no further comments or statements to make at this time,” a spokesperson for CDPR told Kotaku when asked about the connection. Saber Interactive did not immediately respond to a request for comment.

The PS5 and Xbox Series X/S version was supposed to arrive last year but was delayed to this summer. Following the rough launch of Cyberpunk 2077, CDPR has since had its hands full continuing to fix, update, and polish that game, which received anext-gen upgrade earlier this year. The company also recently revealed it’s already begun work on a new open world Witcher game using Unreal Engine 5.

Starting next year, The Witcher 3 will be eight years old, though it wouldn’t be the first to get a next-gen version so far after release. GTA V has now appeared on three successive console generations despite its 2013 launch.

Update – 4/14/22, 2:57 p.m. ET: DPR pushed back against headlines that the upgrade had been indefinitely delayed during a Thursday earnings, saying the lack of a new release window had to do with needing to reassess the work load rather than being a sign of “development hell.”

“Nobody is saying the game is delayed in some monumental sort of time gap ahead of us,” Michal Nowakowski, SVP of business development, said during the call.