“On that Drive, There Was More than Enough Evidence of Wrongdoing in the Ukraine Under the Previous [Obama] Administration” – Exclusive with John Paul Mac Isaac 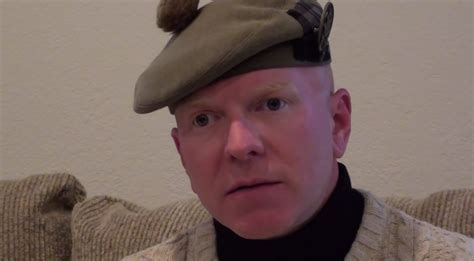 John Paul Mac Isaac’s life changed late in the day, 10 minutes before close when Hunter Biden stumbled into his computer repair shop and dropped off a laptop for repair.  Mac Isaac’s ended up with the laptop – the laptop from hell.

John Paul Mac Isaac joined The Joe Hoft Show on the Real Talk Radio Network on Friday afternoon in St. Louis.  Mac Isaac’s life turned upside down a couple of years ago when about 10 minutes before closing on April 12, 2019, Hunter Biden stumbled into his shop.  Isaacs said he was not in great shape.

Hunter had three MacBook pro laptops with water damage.  One was destroyed beyond repair and he gave that back to Hunter.  The other required a keyboard that he loaned to Hunter.  He never got that one back.  The third laptop Hunter left with Mac Isaacs to fix.

Eventually, he completed his task but Hunter never showed up, even after repeated calls.  Sometime later Mac Isaacs reached out to his father in New Mexica and had him reach out to the FBI.  The FBI out East eventually did stop by and grab the laptop but he knew they were never going to do anything with it.

What I had seen on that drive, there was more than enough evidence of wrong doing in the Ukraine under the previous [Obama] Administration that merited a phone call…

When the FBI exited his shop, Mac Isaac said he cracked a joke and the FBI Agent turned and said:

Nothing ever happens to people who don’t talk about these kind of things.  I saw that as a thinly veiled threat so I made zero effort to talk to the FBI after that point.  I did get a phone call from that same agent about two weeks later before Christmas asking if anybody had come in representing Hunter requesting the equipment. And he seemed actually kinda surprised so by this time I was nervous that the FBI’s agenda no longer [was] concerned with my safety and concerned about getting that laptop back to the previous owner.

Obviously, when that impeachment trial happened and that laptop was no longer to be seen, I knew I was in trouble because if the FBI wasn’t going to submit that as evidence, then it’s probably at the bottom of the river.  What does that mean?  What’s going to happen to me?

Eventually, Mac Isaac got a copy of the drive to Rudy Giuliani, President Trump’s attorney.

…I know a couple articles came out on The Gateway Pundit that were fundimental in defending my actions.  Especially a time when I was being labeled a Russia spy, a stooge for Putin, a hacker.  The Gateway Pundit did step up and I believe was the first publication out there to say something positive about me.  I’m grateful for that.

If there is another laptop, then he needs to be honest with that because my laptop was acquired lawfully… [this] muddies the water.

Watch the entire interview below.