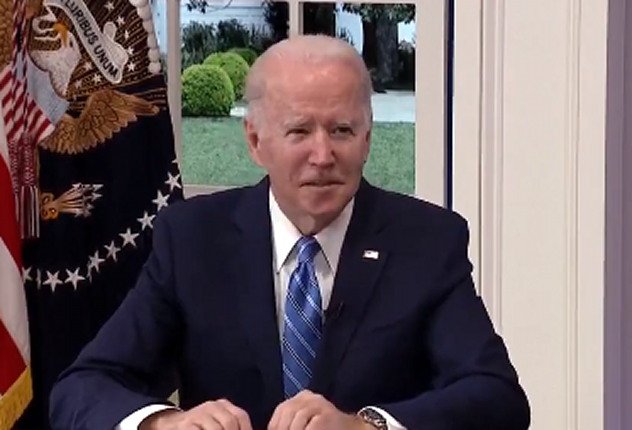 Joe Biden’s approval numbers have evaporated in the course of just a year.

Yet as low as he is in the polls now, he could still drop lower.

If inflation keeps rising and the situation at the border continues to worsen, so will Biden’s polls.

Byron York of the Washington Examiner spoke to some seasoned pollsters and they offered no good news for Biden.

From the Washington Examiner:

I asked three sharp Republican pollsters and political consultants: David Winston, Curt Anderson, and Dave Carney. The takeaway from all three is that it appears the majority coalition that elected Biden has fallen apart. And that is terrible news for both the president and his party.

“While there are a lot of groups that have become more disapproving of Biden’s job performance, Independents are at a remarkable level of disapproval,” Winston said in an email exchange. “In The Economist/YouGov survey (April 9-12), Independents disapproved by a 30-60 margin; the Politico/Morning Consult survey (April 8-11) was a similar 30-62; and the Quinnipiac survey (April 7-011) was 26-56. So among a group Biden won by 13 points in 2020, after Clinton lost them by four in 2016, his disapproval is 30 points or more higher than his approval. This means the majority coalition that elected him is now not in place. Regaining it will be difficult, given his current poor job approval performances on the economy and other issues.”

Carney and Anderson had different thoughts on whether Biden has hit the bottom, or nearly so, or can plunge further. “There is no limit or floor to a president’s approval rating, but historically, Nixon’s 24 percent in January 1974 seems like the practical floor for a modern-day president,” Carney said in another email exchange. “Biden has the potential to sink into the high 20s before the midterm elections, considering inflation will be raging by then.

If Biden leads his party into the midterms with an approval rating in the 20s, there’s no telling how bad the outcome could be for Democrats.

In terms of modern political analysis, we would be in uncharted waters.