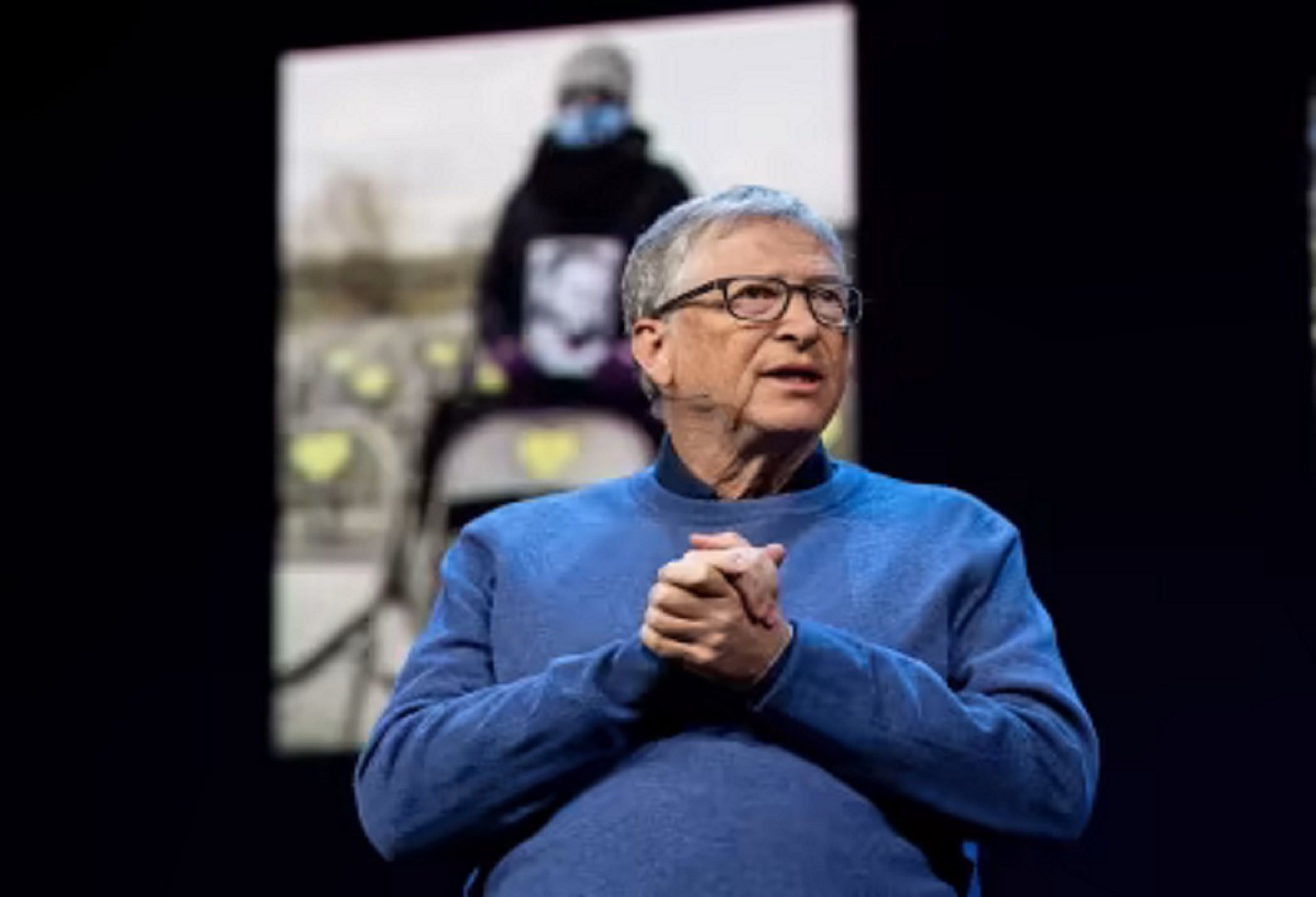 As the Gateway Pundit reported, thousands of outraged freedom activists surrounded the Vancouver Trade & Convention Center in Canada ahead of Gates’ appearance at the high-powered event demanding his arrest.

Gates railed against the protesters during his speech, arguing the mass demonstration against him outside the convention center is and “somewhat ironic” because he has “saved tens of millions of lives.”

“The Gates Foundation is very involved in vaccines, the invention of new vaccines, funding vaccines,” Gates said. “So it’s somewhat ironic to have somebody turn around and say we’re using vaccines to kill people or to make money or we started the [Covid-19] pandemic.

“Or when we started during the pandemic, even some strange things — like that I somehow want to track, you know, the location of individuals — because I’m so deeply desirous of knowing where everyone is.” Gates called the vehement public disdain against him “kind of weird,” adding “Does this turn into something where there’s constantly crazy people showing up?”

“Hopefully as the pandemic calms down, people are more rational about, ‘Hey, vaccines are a miracle and there’s a lot more we can do,’” he noted.

The tech mogul also introduced Global Epidemic Response and Mobilization or GERM, an idea to implement a global emergency-response approach, at the conference.

The GERM team, which would cost $1 billion a year, entails recruiting a team of 3,000 physicians, epidemiologists and policy experts to work with the World Health Organization. GERM Team would be focused solely on pandemic prevention and identifying new pathogens.

“Like firefighters, the GERM team would do drills. When we want to have a quick response, we want to make sure we have all the pieces there and can move very quickly. Practice is key,” Gates said. “We need to know if a lot of people show up with a new kind of cough.

“The mission is to stop outbreaks before they become pandemics,” he continued. “When COVID-19 struck, we were like Rome before it had fire buckets and firefighters.”

Gates comprehensively outlines what GERM entails and his experiences with combatting disease through the Gates Foundation in his new book, “How To Prevent the Next Pandemic, which was distributed at the conference,” Fast Company reports.

The ‘world’s most powerful doctor’, Gates previously declared that China did “great work” containing the coronavirus, before announcing that “sadly” Omicron is a “type of vaccine” and has “done a better job getting out to the world population than we have with vaccines.”

Mainstream media and fact-checkers insist claims that Gates is a eugenicist are premised on conspiracy theories while Google has declared ‘world’s most powerful doctor’.

Just tried this and it worked pic.twitter.com/r5gKbv5OvS

But the 66-year-old business magnate has openly advocated for reducing population growth.

In a 2010 TED Talk presentation that has been widely circulated during the manufactured COVID-19 pandemic, Gates outlined plans to use vaccines to reduce the rate of global population growth and lower carbon emissions.

“The world today has 6.8 billion people,” Gates said during the talk. “That’s headed up to about 9 billion. Now, if we do a really great job on new vaccines, health care, reproductive health services, we lower that by perhaps 10 or 15%.”

During a 2009 TED Talk, the Microsoft co-founder released a swarm of mosquitoes on an unsuspecting audience.

The Bill and Melinda Gates Foundation has awarded grants to biotech company Oxitec to develop genetically modified mosquitoes. Gates claims the mutated mosquitos reduce the spread of malaria and other mosquito-borne diseases and heralded bioengineering of the insects as, “The Best Investment I’ve Ever Made.”

While Chinese residents are locked in their homes or thrown in COVID concentration camps amid the nation’s “zero COVID” policy, Gates has praised  China for its “great work” with containing the coronavirus.

Gates has also mocked anti-mask protesters, insisting that protesting having to wear a mask is akin to being against wearing pants.