No Man’s Sky Pirates Are Demolishing Players In Outlaws Update 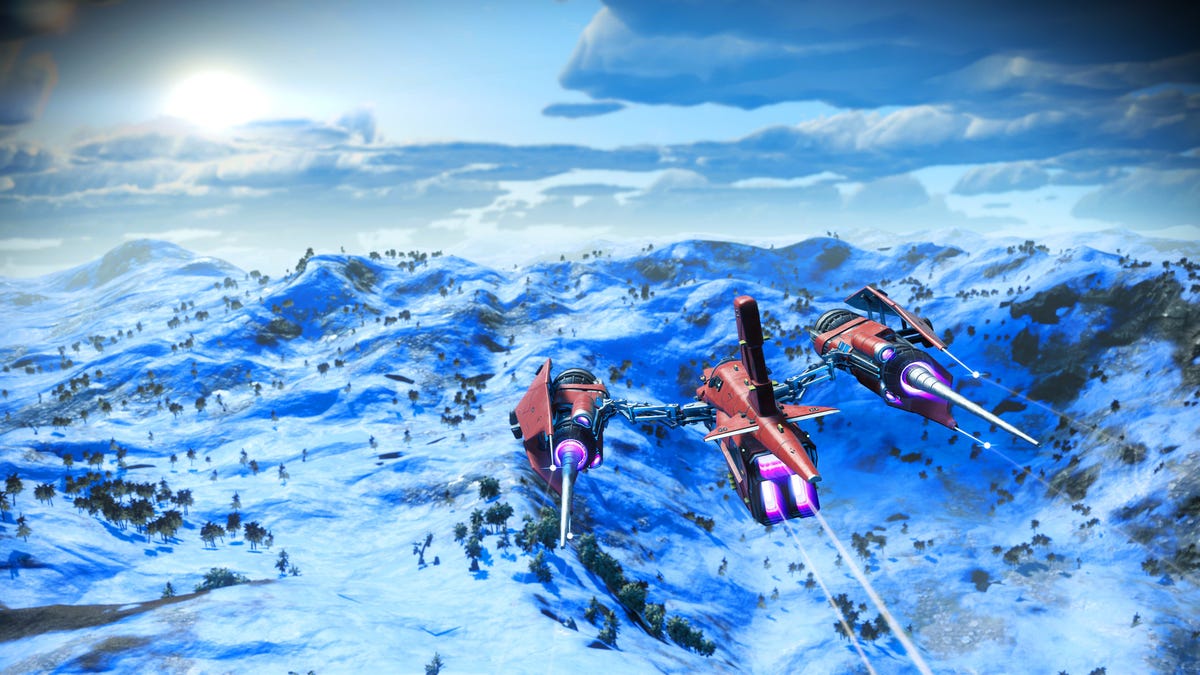 Yesterday, developer Hello Games rolled out the 4,521,781th free update for its popular simulation of the universe, No Man’s Sky. Called “Outlaws,” among other new features, it adds a “pirate underground,” replete with an entire black-market economy. But some players say it’s added too many pirates.

No Man’s Sky, first released back in 2016 for PC and PlayStation 4, is a procedurally generated space exploration game. Over the years, Hello Games has rolled out more than a dozen significant updates, introducing features like mechs and planetary bases to the mix. “Outlaws,” which dropped on all platforms yesterday, revamped how the game’s aerial combat works; dogfights can now happen within the atmosphere of planets, and “pirates may raid your settlements.”

Over on the No Man’s Sky subreddit, players say the attacks, from NPC pirates, happen a bit too frequently. One person dished about how pirates reportedly invaded their home system six times over the course of 10 minutes, wondering if, “Seriously!! Is this the new normal!!” Others chimed in with stories about how it’s currently “broken” and “carnage.” (A clear-as-day bellwether for how far public opinion has shifted on the game: Multiple players noted how, while they’re bummed about the pirate attacks, they’re optimistic about Hello’s ability to fix it.) One player shared a video of an invasion. You can see them milling about on the ground, clearly minding their own business, when a bunch of hostile ships come out of nowhere slinging lasers, prompting them to jump in their craft and retaliate. I’m sure this player was frustrated, but not gonna lie, the clip is cool AF, like something from a movie I’d definitely wanna see on the big screen.

It’s not that folks are upset with pirate invasions, per se; that’s part of the game, and is by most accounts a fun and welcome part to boot. Players are just irked by the frequency with which pirates seem to pop up during otherwise peaceful moments, something they’ve only noted after the rollout of “Outlaws.”

Xaine, the popular No Man’s Sky YouTuber and internet personality, recently posted a video explaining future—if not exactly rubber-stamped (yet) for the public—updates from No Man’s Sky’s experimental build. Per Xaine, the next patch, which will roll out soon, includes a fix for “an issue that caused pirates to attack planetary buildings too frequently.” Hello Games confirmed this to Kotaku, but didn’t provide a specific date.

“The issue in question has already been resolved in our experimental build, just hours after release, along with several other of our most critical issues,” a representative for Hello Games told Kotaku. “Once [it’s] through testing we’ll expect this to [be released] on all platforms in the next day or so.”

In the meantime, be careful out there.