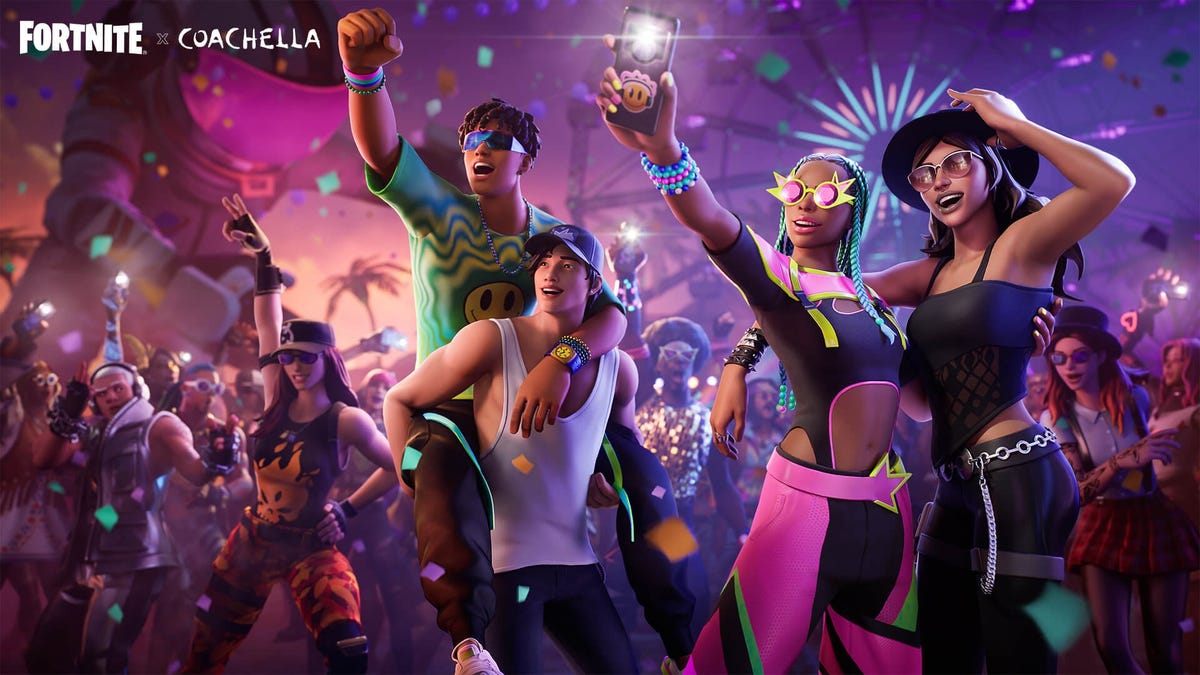 Epic Games, which is virtually only in competition with itself when it comes to wacky crossovers with franchises like Naruto, Silk Sonic, and whatever character Dwayne “the Rock” Johnson is playing this year, announced a collaboration between Fortnite and the Coachella Valley Music and Arts Festival.

Players can tune to Icon Radio, Fortnite’s in-game music station, and bump new songs from 30 artists headlining Coachella 2022 now through May 16. Fortnite will also drop new skins, outfits, and accessories in the Item over two weekends, similar to how Coachella’s IRL lineup runs.

The waves drop today, April 14, and next Thursday, April 21.

The second “Dancing at Coachella” bundle, also offers two new skins: Alto and Poet, as well as the Softest Electropalm pickaxe, Cactical Crusher pickaxe, Mainstage wrap, and an Enter the Coachellaverse loading screen (for those with an affinity for the cute couple on the promo art). All of the aforementioned outfits and items can be purchased together or individually.

For those looking to show off their festival style, especially the music-reactive bits, Fortnite will hold a photo contest for player screenshots shared online with the hashtag #Fortography on Twitter or through the post flair on the r/FortNiteBR subreddit. The Fortnite team says it will share its favorites in a blog post on April 29.

“Coachella’s all about being yourself, so keep the good vibes going doing just that,” the Fortnite Team said in a blog post.

While there won’t be a virtual Coachella event mimicking the live version, Fortnite has hosted in-game concerts featuring Marshmello, Ariana Grande, and Travis Scott. So it’s no surprise that Coachella would eventually find its way onto Fortnite’s base-building island of wacky collaborations. Let’s just hope players stay hydrated with plenty of Chug Jugs.