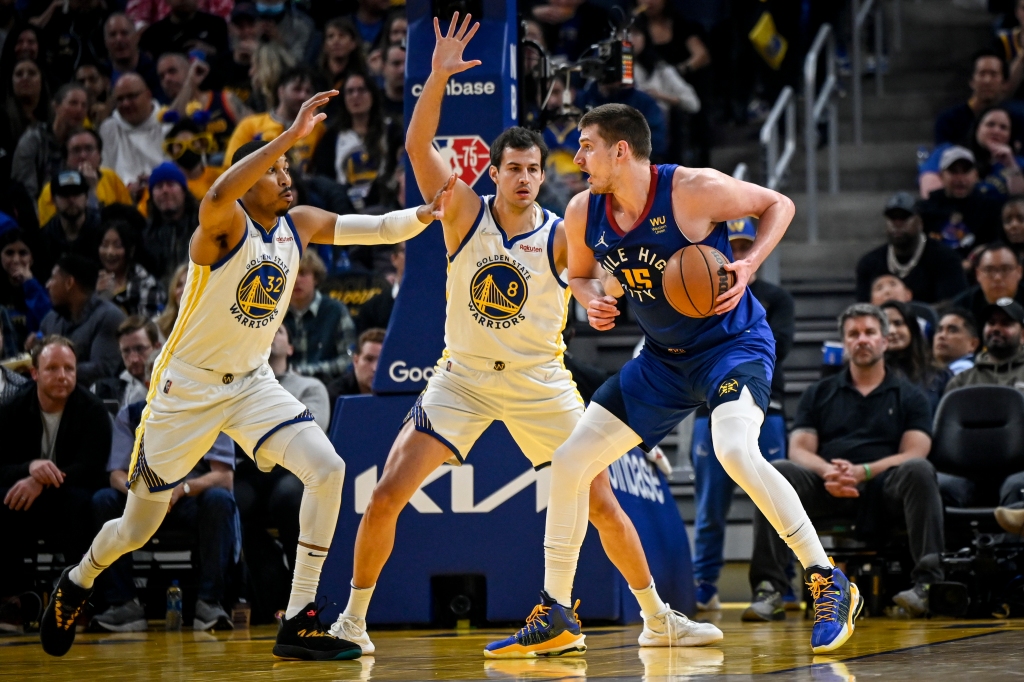 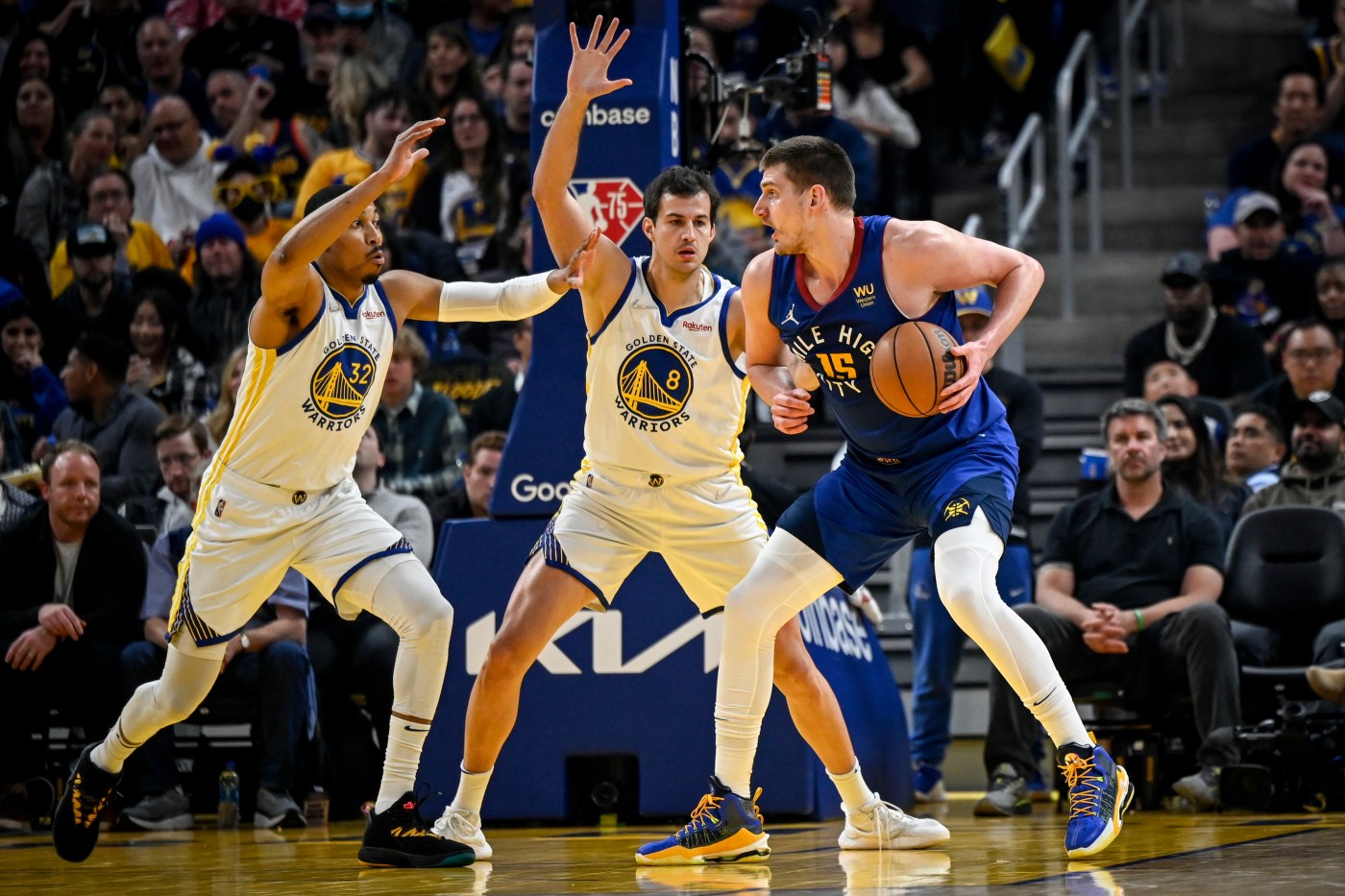 The Warriors hammered the Nuggets, 126-106, in Monday’s Game 2 to stake a dominant 2-0 lead over their reeling opponent. Nikola Jokic didn’t stay for the end of it.

His fourth-quarter ejection — the result of his second technical foul — was a low point on a night where there were many of them. Frustrated with the whistle — and perhaps the talent disparity overall — Jokic stormed at an official to earn the boot with seven minutes left in the game.

Game 3, when the series mercifully flips back to Denver, is Thursday night.

Added Monte Morris: “We got no (expletive) chance if we’re going to be apart.”

Jokic clawed for 26 points on 9-of-20 shooting, with 11 rebounds and four assists. But this was a Warriors’ celebration.

Steph Curry came off the bench and poured in 34 points, with five 3-pointers, in 23 minutes. Poole rained in 29, and Klay Thompson registered 21. After Jokic, three other Nuggets — Will Barton, Bones Hyland and Morris — mustered 12 points each. The gap in help couldn’t have been more pronounced. Aaron Gordon was a non-factor with only seven points on 3-of-9 from the field.

As frustration mounted, cameras caught Barton and DeMarcus Cousins jawing at each other midway through the third quarter heading into a Warriors’ timeout. It was more evidence of the pressure the Warriors had applied through two games.

Despite 26 second-chance points, the Nuggets floundered with 18 turnovers that turned into 25 Golden State points. As is their tendency, the Warriors also buried 17 3-pointers to overwhelm the Nuggets’ meager attack.

The focus and game-plan discipline required to hack into Golden State’s lead wasn’t there to start the third quarter. The Nuggets fouled Poole, twice, on 3-point attempts only minutes into the second half. Soon, there was another miscommunication on an Andrew Wiggins dunk before the realization set in for Jokic.

If the Nuggets were going to keep pace with Golden State’s onslaught, he was going to have to carry them himself. Jokic took nine shots in the third quarter alone, doing everything within his power to stem their momentum. Despite his 10 points in the period, the Warriors were rolling. Draymond Green canned a 3-pointer from the top of the arc, and Curry added another, with another foul, on top of it. Poole’s back-to-back 3-pointers were simultaneously devastating and backbreaking.

Golden State’s 44-point, third-quarter eruption represented the best of the Warriors and a total defensive collapse for Denver. With Chase Center roaring, the 20-point margin heading into the fourth quarter felt even larger than that.

“Well it was definitely addressed during the game, yesterday, this morning,” Malone said. “The good thing is when it is horrendous it usually can’t get any more horrendous so there’s only one way for it to go.”

Malone also insisted on several occasions they needed a more assertive Gordon to keep pace with the Warriors’ shooting.

“I don’t want him settling for threes,” Malone said. “Put people in the rim.”

At least for a half, that wasn’t the story. Gordon struggled with his shot, managing just three points in his first 15 minutes.

The Nuggets were the tougher team well into the second quarter, but eventually, the storm came. Turnovers bled into missed opportunities and bad shots submarined possessions. The Warriors closed the second quarter on a 26-8 blitz that flipped a double-digit deficit into a 57-51 lead at the break.

Jokic, Barton and Morris carried the lion’s share of the offensive burden, but eight turnovers for 13 Warriors points stifled that momentum. At the same time, Curry and Poole exposed significant driving lanes to crack open the lead near the rim. After one demoralizing Curry 3-pointer, Malone crumpled up a paper in his hand and tossed it over his head.

Owing to the stakes of the game, there was a simmering tension between the two teams that threatened to tip on several occasions.