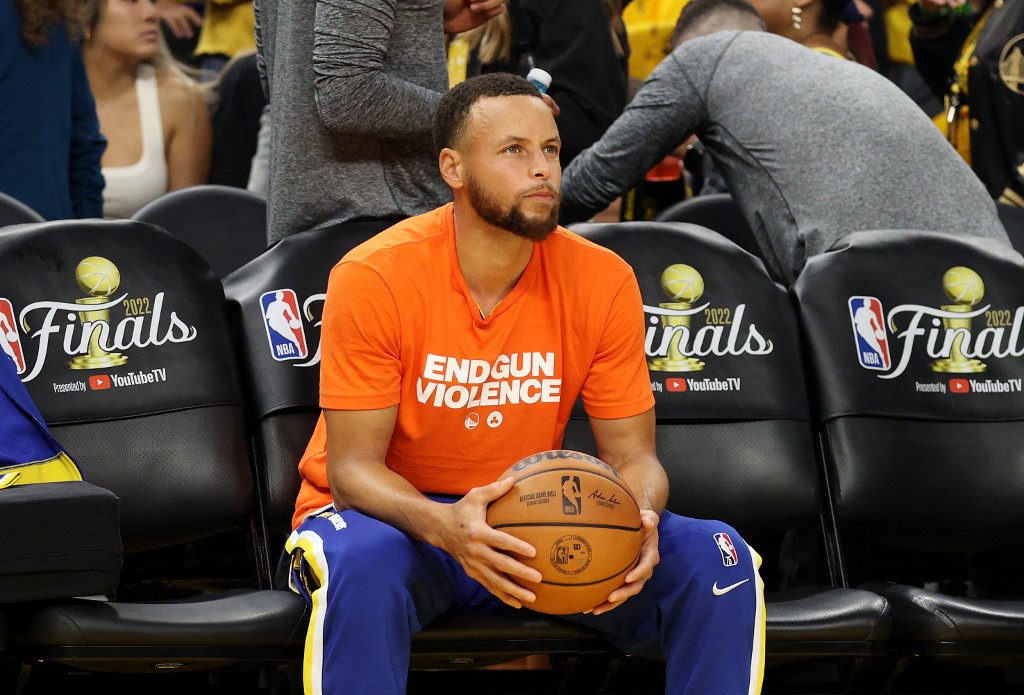 Stephen Curry #30 of the Golden State Warriors looks on during pregame warm ups prior to playing the Boston Celtics in Game Two of the 2022 NBA Finals at Chase Center on June 05, 2022 in San Francisco, California. Ezra Shaw/Getty Images/AFP

SAN FRANCISCO – Players and coaches for the Golden State Warriors and Boston Celtics as well as the U.S. men’s soccer team on Sunday urged Congress to support stricter gun laws amid a surge in mass shootings in the United States.

A shooting in Philadelphia left at least three people dead and 11 others wounded, police said on Sunday in the latest case of gun violence in the United States following recent massacres in Texas, New York and Oklahoma in which dozens died. Read full story

Ahead of Game 2 of the NBA Finals in San Francisco, players and coaches wore orange t-shirts that said “End Gun Violence” on the front and a list of advocacy organizations working to address the issue on the back.

“We feel very strongly as a league that it is time for people to take notice and take part in what should be a nationwide effort to limit gun violence,” said Warriors head coach Steve Kerr.

“And there are ways to limit it. There are proven laws that are waiting to be passed.”

Kerr received national attention for his passionate plea for change after 19 children and two teachers were killed by an 18-year-old gunman at an elementary school in south Texas last month. Read full story

“We are all on the same page,” Udoka said.

Also on Sunday, the U.S. men’s soccer team sent an open letter to members of Congress urging them to pass stricter gun laws.

“Our ability to affect change is limited, but yours is not,” the U.S. men’s team said in the letter.

“You could vote this week to address gun violence in America, and in fact, you will be given that opportunity. In the coming days, the U.S. House of Representatives is voting on several bills that would address this serious issue. Please vote yes on all the bills being considered.”

Like scores of other teams across the United States this weekend, the squad wore orange armbands during their friendly on Sunday in support of “Wear Orange Weekend,” an annual event calling for an end to gun violence. Read full story

There have been at least 239 mass shootings in the United States so far this year, according to the Gun Violence Archive, a nonprofit research group. It defines a mass shooting as one in which at least four people are shot, excluding the shooter.

A broad majority of American voters, both Republicans and Democrats, favor stronger gun control laws, but Republicans in Congress and some moderate Democrats have blocked such legislation for years.

Juvic sizzles with 64 for four-shot lead at Southwoods