Warriors dominate Celtics in Game 2 to even NBA Finals 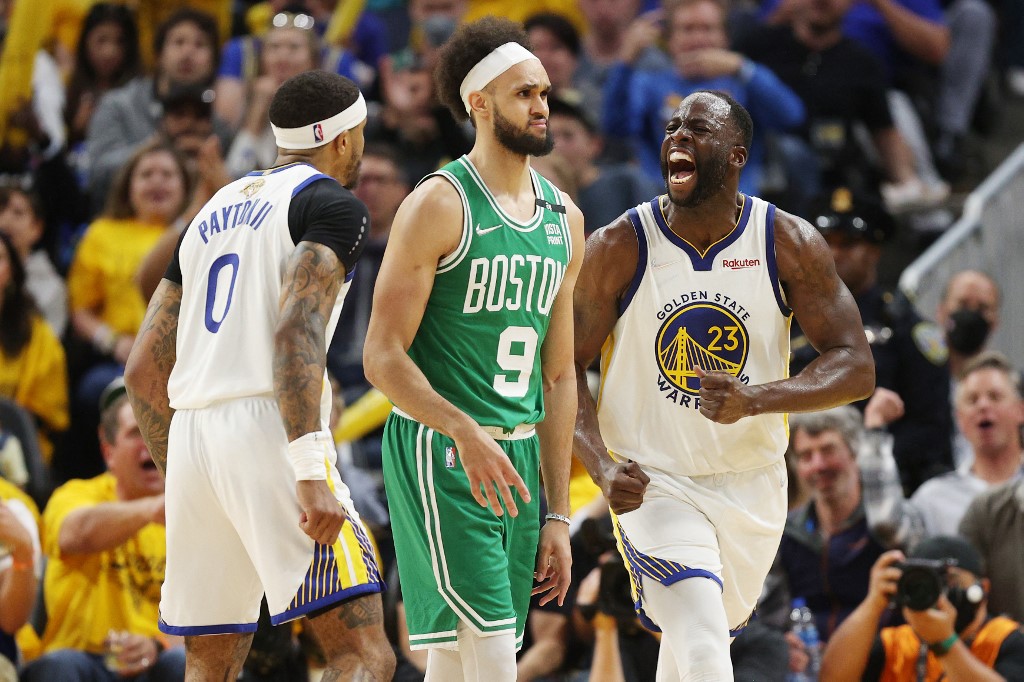 Draymond Green #23 of the Golden State Warriors reacts during the third quarter against the Boston Celtics in Game Two of the 2022 NBA Finals at Chase Center on June 05, 2022 in San Francisco, California. Ezra Shaw/Getty Images/AFP

Stephen Curry scored 29 points as the Golden State Warriors roared back into NBA Finals contention on Sunday with a series-leveling 107-88 game two victory over the Boston Celtics.

The Warriors, who squandered a 12-point fourth quarter lead in game one, were in no mood to allow lightning to strike twice on Sunday as they built a double-digit advantage in the third quarter before cutting loose to tie the best-of-seven series at 1-1.

Game three of the series takes place in Boston on Wednesday (Thursday in Manila).