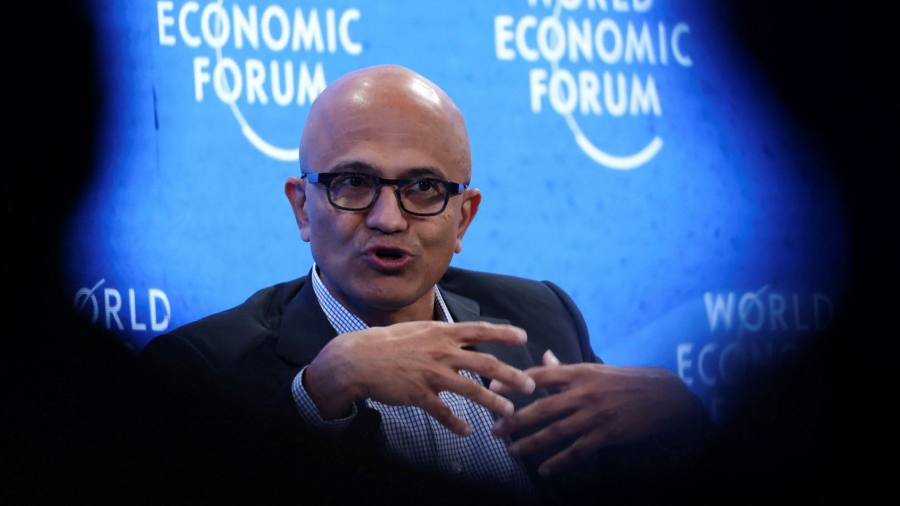 Microsoft has cut its revenue and profit outlook for the current quarter citing currency fluctuations, becoming the biggest US company to downgrade its figures because of the strength of the dollar.

The second-biggest listed company in the US said it expects revenue of between $51.94bn and $52.74bn in its fourth fiscal quarter ending June 30, compared to previous forecasts of $52.4bn to $53.2bn.

The adjustments, announced in a securities filing on Thursday, were in response to the latest exchange rate movements. Shares were down 1.6 per cent by midday in New York, recovering from an initial drop of as much as 3.8 per cent.

In late April, Microsoft reported forecast-beating third-quarter results and an optimistic outlook for the current quarter, dispelling some of the macroeconomic worries that have hit tech stocks recently.

But Thursday’s update highlights the currency risks for companies with significant overseas earnings, as policymakers around the world grapple with how to tackle rising prices and the possibility of recession.

The dollar has strengthened this year, boosted by interest rate rises in the US to fight historically high inflation and a flight to safety among investors at a time of global turmoil. The dollar index, measuring it against a basket of currencies, has risen about 6 per cent in the past six months.

A strong dollar increases the price of US goods abroad, which can weaken demand. It can also reduce the value of revenues for American companies abroad. In its third quarter, Microsoft generated 49.8 per cent of total revenue outside the US, according to Refinitiv data.

Microsoft on Thursday said its gross margin is expected to be between $35.45bn and $36.05bn, down from previous estimates of $35.8bn to $36.4bn, because of currency movements.

Several other tech companies have recently warned on the impact of the strong dollar and a deteriorating macroeconomic environment.

Salesforce earlier this week blamed the strong dollar for its decision to cut its sales outlook for the year. While Snap, the parent company of Snapchat, issued a profit warning last month, having warned in April of a difficult outlook.