Medvedev puzzled by chance to claim No.1 ranking despite Wimbledon ban 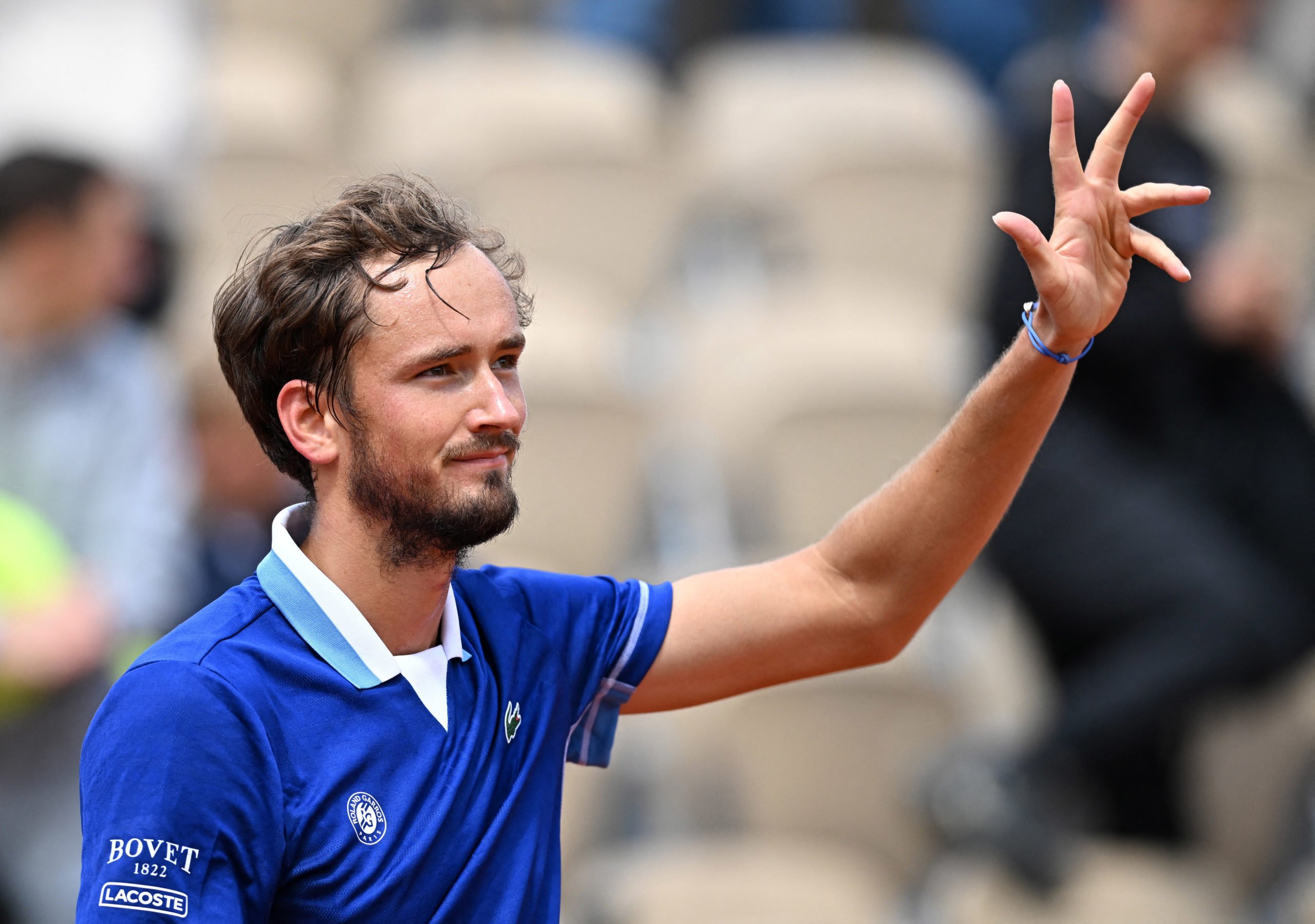 PARIS—Russian Daniil Medvedev still yearns to play at Wimbledon next month and finds the situation “very strange” that he could climb to the top of the men’s rankings even if excluded from the grasscourt Grand Slam, the world number two said on Tuesday.

The ATP and WTA last week took away ranking points from Wimbledon following the organizers’ decision to ban Russian and Belarusian players from participating in the wake of Moscow’s invasion of Ukraine, which Russia calls a ‘special operation’.

Medvedev briefly took over as world number one from Novak Djokovic earlier in 2022 and will be the highest-ranked player to miss out on the major.

Djokovic, who will lose the 2,000 points he earned by lifting last year’s trophy, is among many players who will be affected and could drop down the rankings, paving the way for Medvedev to overtake him.

“Very strange,” a smiling Medvedev told reporters when asked about him returning to the top of the rankings without even playing at Wimbledon. “I need to be honest.

“I’d be really happy to play Wimbledon. I love Wimbledon. I love playing on grass. I will play on grass (elsewhere) after Roland Garros. But if I cannot, (I’m) just going to prepare for the next tournaments and just follow what’s happening there.

The Wimbledon ban is the first time players have been excluded on grounds of nationality since the immediate post-World War Two era when German and Japanese players were banned.

Russia and Belarus are banned from international tennis team competitions following the invasion but their players are allowed to compete as neutrals except at Wimbledon.

The absence of ranking points will reduce the world’s most prestigious tennis tournament to an exhibition event and Japan’s four-time major champion Naomi Osaka said on Monday that she was “not 100% sure” of playing at the Grand Slam.

“I’m not saying which decision is right, but at least so far in explaining their decisions, I found ATP just more logical,” Medvedev added.

Frenchman Benoit Paire said he found it absurd that Medvedev could become number one without playing.

“I’m sorry for Russia and Russians, but they are the ones causing all the trouble and all the ATP players are actually paying the price,” the former world number 18 said.

“Medvedev will be number one worldwide. This is absurd. We should actually take a position for all the players in the world, and it’s the opposite that is being done right now.

“Yes, there is a war … so there can be some sanctions that can be made. But ATP should defend the majority of players, not four or five players.”

Russian President Vladimir Putin says that he launched a “special military operation” on Feb. 24 to disarm Ukraine and rid it of anti-Russian nationalism fomented by the West. Ukraine and its allies say Russia launched an unprovoked war.