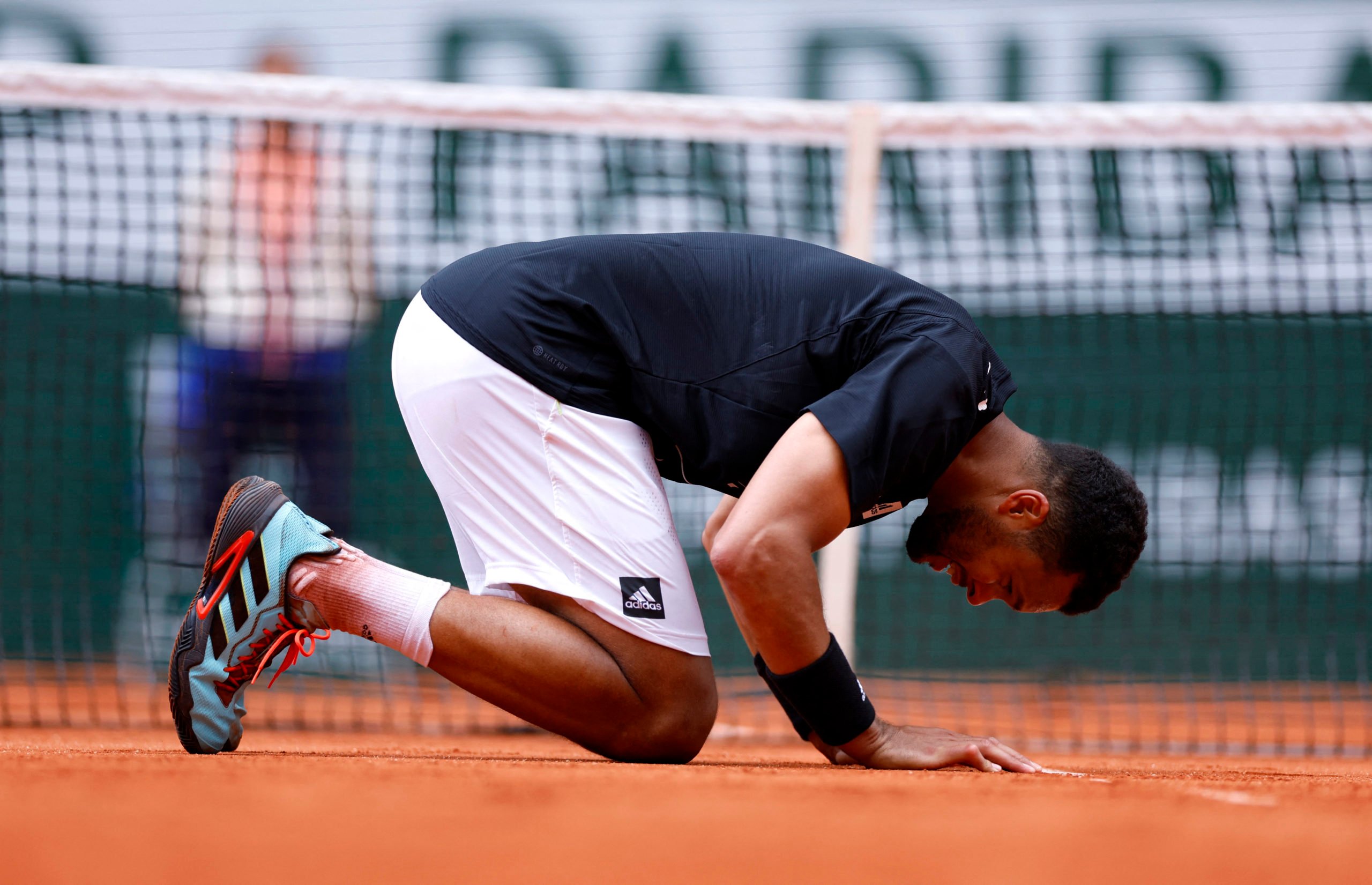 PARIS —Jo-Wilfried Tsonga gave Norway’s eighth-seeded Casper Ruud a run for his money in a tight French Open first round battle but predictably headed into a tear-jerking retirement with a 6-7(6) 7-6(4) 6-2 7-6(0) defeat on Tuesday.

The Frenchman, whose career had been hampered by multiple injuries in recent years, fought for almost four hours before bowing out in tears.

The court Philippe Chatrier crowd gave him a standing ovation as the 37-year-old knelt on the red dirt after being unable to put up more of a fight because of shoulder pain.

It was the latest in a series of physical problems that saw the former world number five drop to 297 in the ATP rankings.

Tsonga, one of only three men to beat Rafael Nadal, Novak Dokovic and Roger Federer when each was world number one and an Australian Open runner-up in 2008, had not won a match on clay in almost three years and there was no miracle on Tuesday – albeit a lot of hope after a solid opening set.

The match started in front of a sparse crowd as most of the corporate seats were empty around lunch time, a recurring pattern at Roland Garros where the food often trumps tennis.

Tsonga held firm, delighting fans with some well-executed drop shots as he made the most of his opponent’s early nerves.

The volume finally increased as the stands filled up after coffee time and Tsonga bagged the opening set following a tense tiebreak.

He saved break points in the fifth game of the second set but yielded under pressure in the tiebreak and it appeared he would bow out quickly after being overwhelmed in the third.

Backed by a buoyant crowd, however, Tsonga broke to love for 6-5 in the fourth, only for Ruud to level and force another tiebreak.

Tsonga had the physiotherapist on for a shoulder problem and he could barely serve in the tiebreak.

Once his ordeal ended, Tsonga, who won the 2017 Davis Cup with France, was greeted on court by all of his former coaches and his parents wearing a ‘Merci Jo’ t-shirt, as well as his children.

His former Davis Cup teammates Richard Gasquet, Gilles Simon and Gael Monfils also came onto the court to embrace him.

“It’s great day for me. The day when I say goodbye to my long-time companion. I’ve never looked back but now is the time to do it,” Tsonga told the crowd.

“I want to thank all the people who helped me achieve my dream of becoming a professional tennis player.

“Thanks to the French tennis federation and all my coaches who supported me even when I was extremely silly. I managed to be good amid the best generation of players and I’m happy about it.

“You have been an inspiration to me and many others,” said 23-year-old Ruud, who was nine when Tsonga beat his idol Nadal on his way to the final in Melbourne.