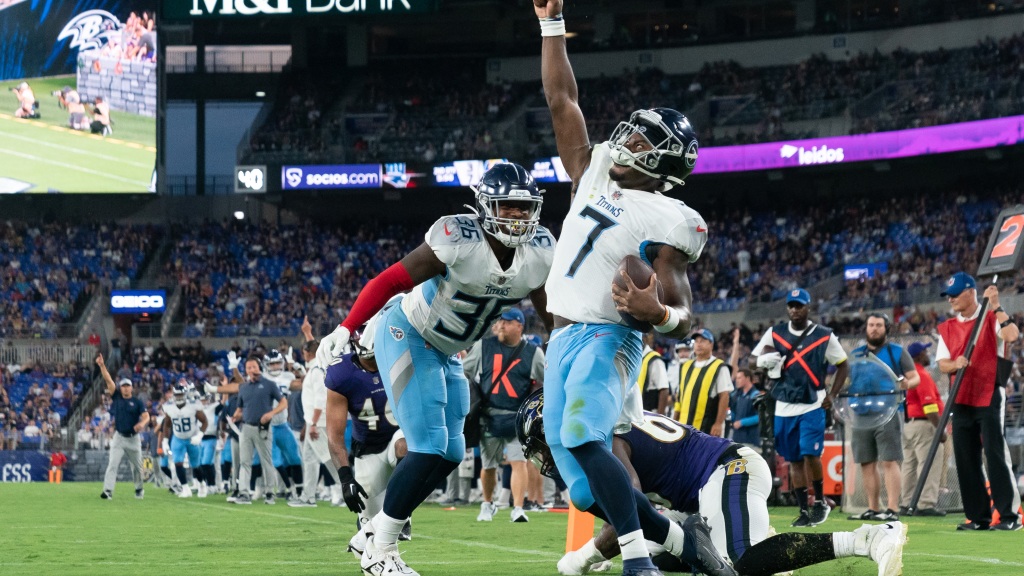 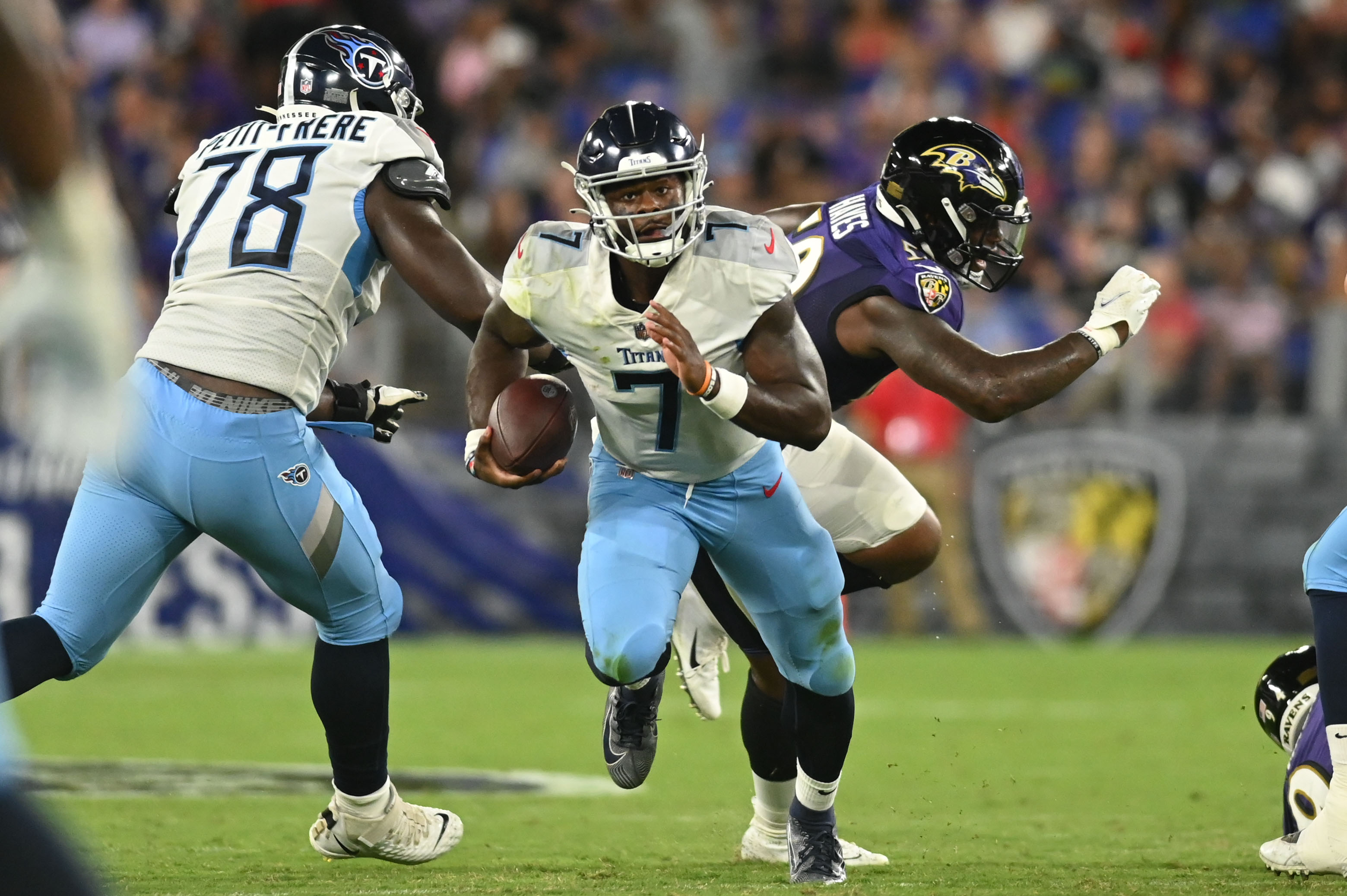 Something I have talked about in the past is the double-edged sword that is athleticism at the quarterback position. For athletic quarterbacks, that ability to create with your legs can be a blessing, and a curse. Prior to getting to the NFL, every time you stepped on a field you were one of — if not the most — athletic people in the game. If you wanted to pull the ball down and create, odds are you were going to be successful.

But once you got to the next level, the playing field leveled off a bit. Sure, players like Lamar Jackson and Kyler Murray can still stand out, but it is not as easy. Plus, when you factor in the rules, and how as Coach O’Hara mentions in this clip discussing Willis, how you are less protected when you break the pocket, finding ways to hang in there and make throws becomes more of a priority:

Now, there are some moments when the decision to pull it down and create is the right one, and Willis had some of those Thursday night in Baltimore. Take this scramble on a 3rd and 14:

The Titans run what some systems call a Sticks concept, with three receivers checking up at or near the first down marker. The running back and the tight end, both of whom are in wing alignments, release to the flats with the back on the right side, the tight end releasing to the left.

Baltimore drops into single-high zone coverage, with the robber safety sticking on the middle curl route. Willis wants to throw the curl route outside on the left, but right before he does, the curl/flat defender underneath flashes in the throwing lane. While that defender is getting width in response to the tight end releasing to the flat, he poses a threat to the curl route.

As he pulls the ball down, he faces pressure in his face, so he takes off.

Perhaps the next level in his development would be if he then targets the curl route on the opposite side of the field, because as he steps around the inside pressure there is a small window where he can still throw that route. But with a second point of pressure coming, Willis likely felt he did not have the ability to reset and hit that throw, so in my mind this is ultimately the right decision.

The same goes for this play from later in the second quarter. The Titans have Willis in an empty formation, and run a go/flat combination to the right, with a Stick concept on the left side. Baltimore shows two-high safeties before the snap, but watch as one safety drops down into the flat and plays the flat route on the right side with outside leverage:

Willis wants to work that two-man concept to the right, but with the safety dropping down and playing the flat route with outside leverage, and the corner running stride-for-stride with the go route, neither option is available. By that point, the pressure is getting home, so he takes off and gains six yards, turning 2nd and 13 into 3rd and 7.

Plays like these two, along with the touchdown run highlighted earlier, showcase the good parts of being an athletic quarterback. The problem becomes when the athleticism is a crutch. When, not liking things with your eyes, you rely on the ability to create with your legs. Finding that balance is something Willis will need to do as he adjusts to life in the NFL.

The play that led to him being pulled? This one from the third quarter:

It goes for a 17-yard gain, but to borrow a phrase from the first “Top Gun” — and go see “Top Gun: Maverick” if you have not done so yet — it is probably an example of what not to do…

This is a fairly common RPO design, and on this play the linebackers, and the playside safety, slide down in response to the run action. The quick Glance route from the receiver is open, and with the second-level defenders sliding down, there is a window to hit that throw. Instead, perhaps not trusting his eyes, he turns to his athleticism and creates with his legs.

And his night ended early.

(Although, here is what Logan Woodside did on the next play, presented without comment):

After the game, Willis reflected on plays like his last one, and touched on the double-edged nature of athleticism as a quarterback: “We have a lot to learn from, a lot to look at on film, but it was good to get out there again and play football,” Willis said, via Jim Wyatt of Titans Online. (via Titans Wire). “I missed some things probably, and I just made up for it with my legs. I can’t continue to rely on that, but that is what the preseason is for.”

There was a lot to like from his debut, and as expected, there are areas where he can still improve.

Still, from my viewing, Titans fans should be happy about what they saw.