Majority of Republicans Believe January 6 Was An Act of Patriotism 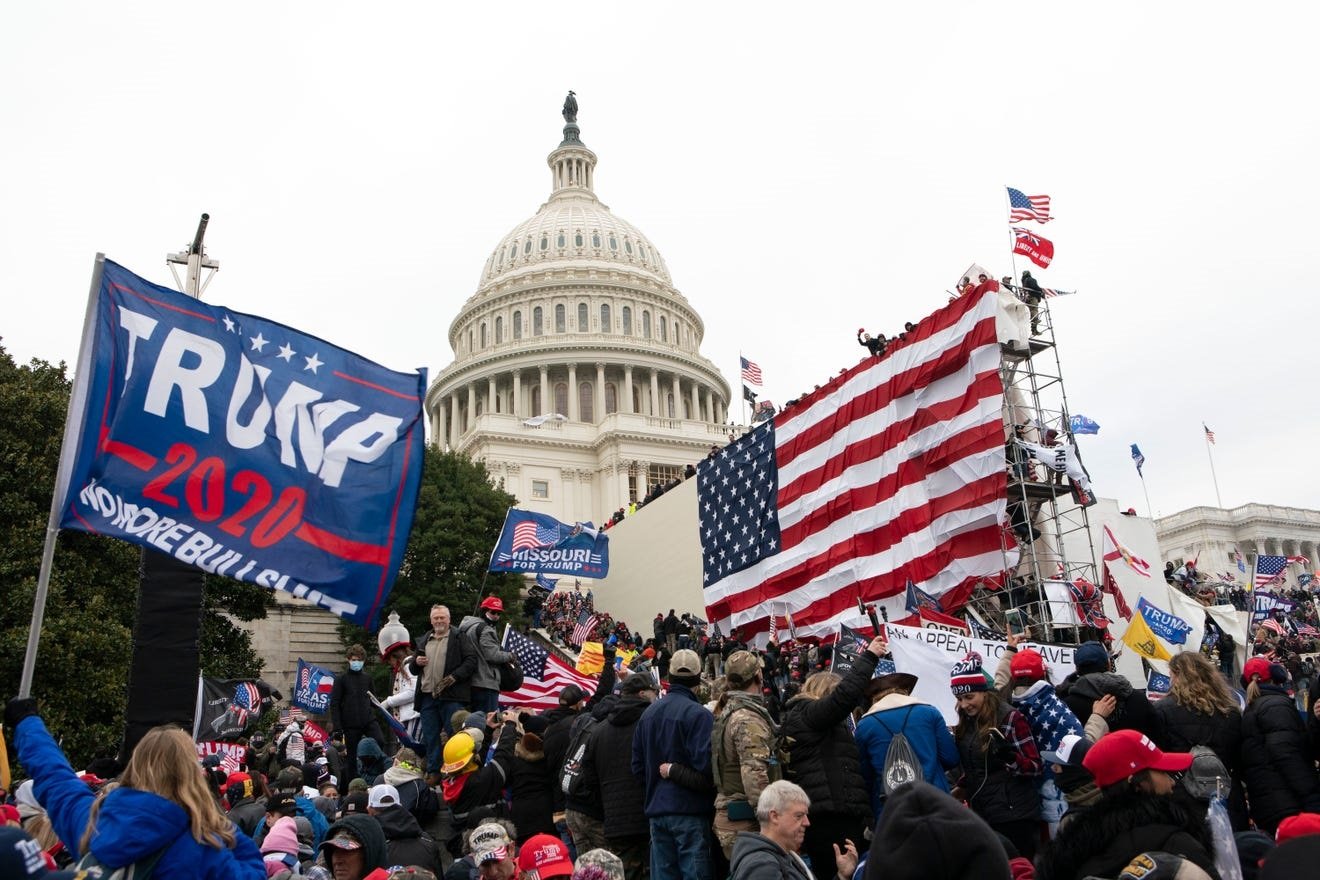 The majority of Republicans believe that the protest at the Capitol on January 6 was an act of patriotism, not an “insurrection.”

A new poll by The New Republic asked, “Thinking about the people who forced their way into the U.S. Capitol on January 6, 2021, would you say that was more of an insurrection against the United States or more of an act of patriotism?”

A 57 percent majority of Republicans believe that the protesters were behaving patriotically.

When looking at all respondents, across the political spectrum, 66 percent replied “Insurrection” and 34 percent said “Act of patriotism.”

The pollsters also found that 44 percent of Republicans agree with 48 percent of Democrats that our political system is in such trouble that it needs no less than major changes or even “a complete overhaul.”

“Only a quarter of Republicans and 36 percent of Democrats feel confident about how democracy will look in 10 or 20 years,” New Republic reported.

“Dig a little deeper into the data, however, and it becomes clear that the two groups have ‘very different problems in mind,’” said Guy Molyneux of Hart Research Associates, the polling firm that conducted the survey for TNR: ‘not only different, but in many cases even polar opposites.’ Perhaps the origins of the divergence can be traced to how differently members of the political parties conceive of the nature of our government,” the report explained. “When asked to describe what democracy means to them, 47 percent of Republicans named the protection of individual rights and liberties, while just 22 percent named majority rule—the textbook definition, it apparently does not go without saying, of a democratic political system. (By contrast, Democrats chose majority rule as their top answer, though they, too, hold a surprising diversity of beliefs on this question.)”

The poll found that Democrats are disturbed by the growing strength of white nationalist groups and by state legislatures’ “increasing power to determine the outcome of presidential elections.” On the other hand, Republicans are “disturbed by mandated vaccination and mask-wearing but unbothered by the filibuster and positively cheerful about Trump’s attempts to overturn the result of the 2020 election.”