400 Pounds Of Meth, Cocaine, And Heroin Worth $2.56 Million Seized In One Border Sting 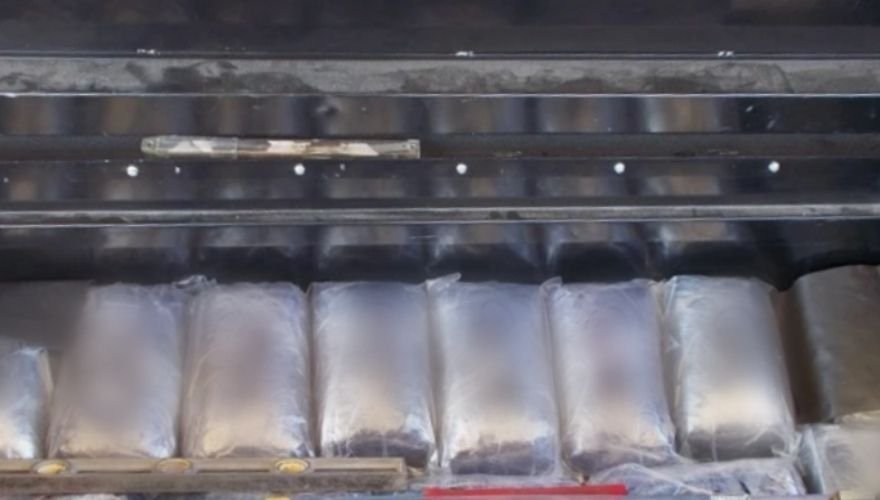 A 56-year-old Mexican national attempted to smuggle a massive haul of narcotics totaling 415.61 pounds and worth over $2.5 million but was intercepted by U.S. Customs and Border Protection.

The incident occurred two weeks ago at the Tecate Port of Entry along the San Diego-Tijuana border but information has only just been announced by CBP. Enforcement officers described targeting a suspicious Toyota Tundra laden with toolboxes that, when inspected, revealed 94 packages stuffed with narcotics. The Mexican national was detained, turned over to ICE, and processed and booked into the Metropolitan Corrections Center in San Diego.

While the number of drugs seized during this stop might seem significant, it pales in comparison to the total amount smuggled into the United States every week. It’s self-evident that, in order for drug smuggling to be a profitable business, cartels must ensure that more heroin reaches the street than is confiscated by CBP. The latest data from CBP, which only covers the first three months of this year, logged almost 300,000 pounds worth of intercepted drugs. In other words, well over 300,000 pounds of narcotics—and likely many times that number—have successfully made it into the United States. CBP is only able to thoroughly inspect about 5% of vehicles that cross the border, leaning the odds heavily in the direction of a successful smuggling effort.

CBP released an official statement on the seizure:

U.S. Customs and Border Protection (CBP) officers working at the Tecate Port of Entry discovered more than 400 pounds of methamphetamine, cocaine and heroin concealed in toolboxes destined for the U.S.

The incident occurred on Friday, April 1, at approximately 1:30 p.m. when a 56-year-old male driver of a 2006 Toyota Tundra was waiting in line to enter the United States. CBP officers targeted the vehicle and referred it for further examination.

During the inspection, CBP officers discovered and extracted a total of 94 packages of narcotics from underneath and inside multiple toolboxes on the bed of the vehicle. The narcotics were tested and identified as cocaine, methamphetamine, and heroin with a combined weight of approximately 415.61 pounds.

“This interception is a true testament to the diligence of our frontline CBP officers,” said Rosa Hernandez, Port Director for the Otay Mesa Port of Entry. “Our officers continue to remain vigilant and prevent illicit narcotics from poisoning our local communities.”

CBP officers arrested the driver, a Mexican national with a valid legal permanent resident document, for the alleged narcotic smuggling attempt and was turned over to the custody of Immigration and Customs Enforcement, Homeland Security Investigations for further processing. The driver was later transported and booked into the Metropolitan Corrections Center in San Diego.

CBP officers seized the vehicle and the narcotics, which has an estimated street value of $2.56 million.

Criminal charges are merely allegations. Defendants are presumed innocent unless proven guilty in a court of law.