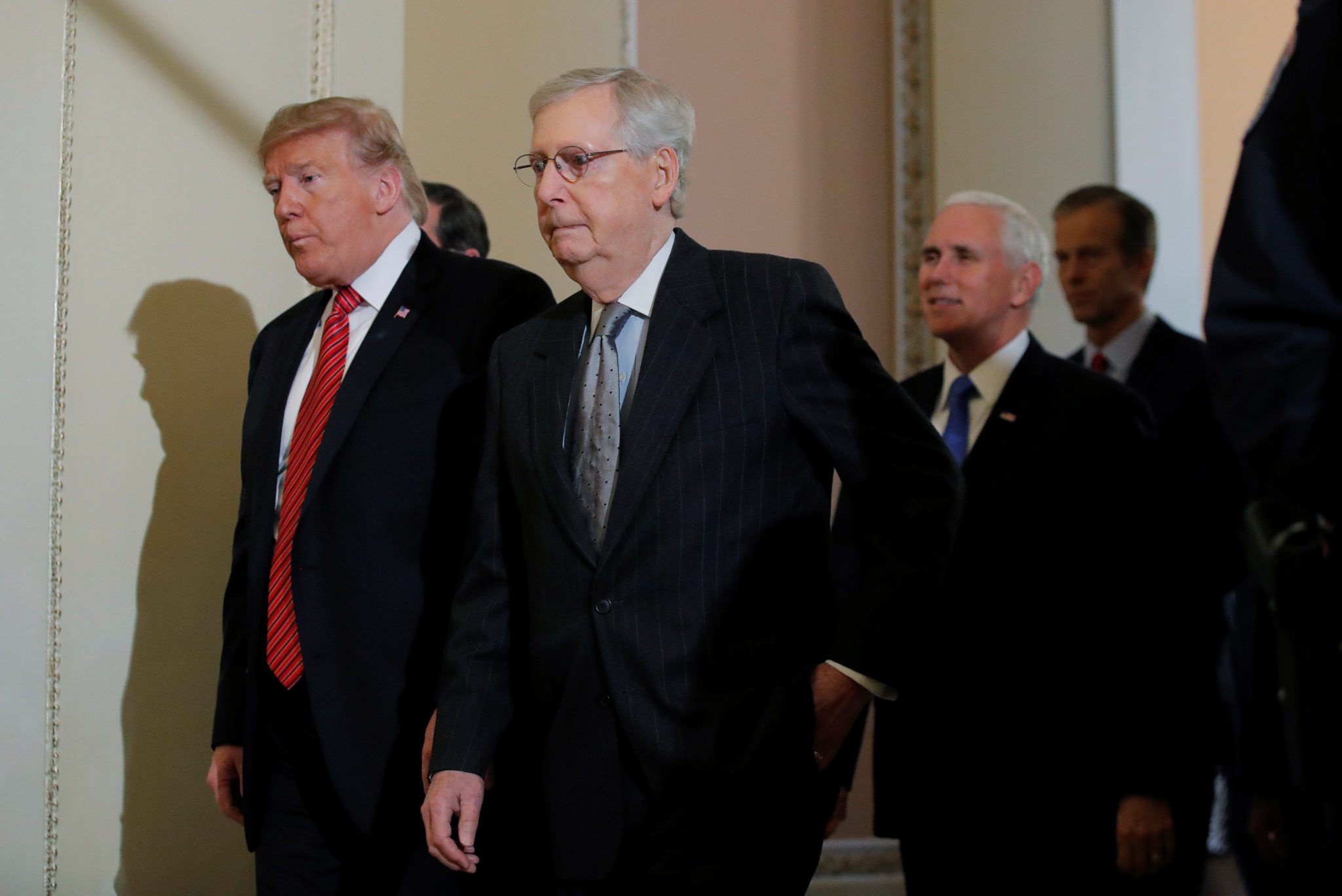 Mitch McConnell’s worst nightmare is playing out before our eyes as the MAGA community reacts to Donald Trump’s endorsement in the Pennsylvania Republican primary for the United States Senate seat left open after Republican Pat Toomey announced his retirement in 2022. McConnell wants control of the U.S. Senate far more than he wants Trump in the Oval Office or any other Republican, for that matter. Trump’s endorsement power threatens that control.

Trump endorsed Mehmet Oz, “Dr. Oz,” a carpet bagger, a grifter, a political novice, and a guy far more likely to get beat by whoever wins the Democratic party primary. It is also causing a schism within the party itself. From Politico:

“You know I read a couple articles, I got a lot of reaction to this, 99 percent supportive, ‘MAGA is shocked,’” Hannity said. “When I supported Donald Trump pretty early I got the crap beaten out of me — Glenn Beck, Ben Shapiro … and I promised people he’d govern as a conservative and he did. And I’m saying the same thing about you [Oz].”

Yes. It helps considerably when the candidate knows near nothing about politics and can be led around by the nose. Tell us something that isn’t obvious, Sean. Politico goes on:

But the night after Hannity’s segment, his fellow Fox News host Laura Ingraham did one of her own, in which she played clips of Oz’s past positions on abortion and gun laws and pressed former Trump aide Kellyanne Conway — who supports businessman David McCormick, Oz’s main GOP rival, and is working with a McCormick-supporting super PAC — if Trump’s decision was wrong.

Danger. Danger. Danger. A MAGA is not allowed to say that Trump is wrong. It is the first and, probably, only rule. That and send money, which is more of an assumption than a rule. And yet whether Trump was wrong actually occupied time on Laura Ingraham’s show and, again, that’s just not supposed to happen.

“Kellyanne, do you think the Trump endorsement of Oz was a mistake?” Ingraham said. “Hannity I think endorsed Oz, and I think that’s probably not inconsequential for President Trump. You wouldn’t answer the question of whether it was a mistake. I think it was a mistake for Trump to endorse Oz. I’ll say it, I’m not afraid to say it.”

Pennsylvania, Georgia, and Alabama are three states where Trump’s endorsement threw the race either off the rails or was ignored entirely. Alabama will not result in a Democratic win, just embarrassment and questions regarding Trump’s endorsements. The same cannot be said for the other two.

Meanwhile, Mitch McConnell will likely stagger down to the Congressional doctor’s office, murmuring like he’s talking to himself, saying something about needing some pills “like Xanax, only stronger,” and something for nausea.