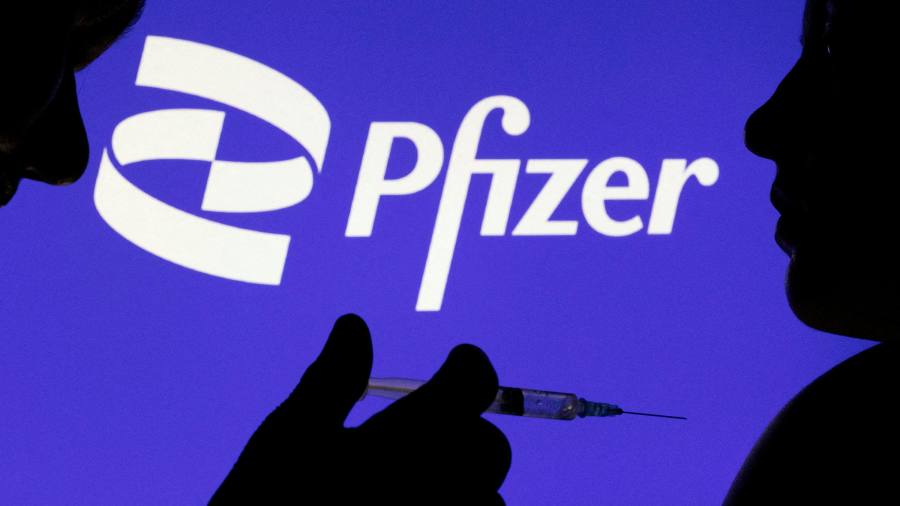 US agrees $3.2bn deal for Pfizer boosters that target Omicron

The Biden Administration has agreed a $3.2bn deal to buy 105mn doses of the BioNTech/Pfizer vaccine, including a proposed new jab targeting the Omicron variant for an autumn booster campaign.

The contract has an option for the US government to buy an additional 195mn doses of the vaccines, which have not yet been authorised by the US Food and Drug Administration.

“We look forward to taking delivery of these new variant-specific vaccines and working with state and local health departments, pharmacies, healthcare providers, federally qualified health centres, and other partners to make them available in communities around the country,” said Dawn O’Connell, assistant secretary for preparedness and response at the US Department of Health.

The US Department of Health said it had been forced to pull billions of dollars of funding from other Covid response efforts to pay for the new vaccines because Congress had failed to approve additional pandemic funding requested by the administration.

An FDA panel voted this week to recommend the first changes to the BioNTech/Pfizer and Moderna vaccines since they were launched in December 2020. The new doses would target the Omicron variant. The agency is due to decide the exact formulation of the next generation booster in early July, with experts forecasting that it should help to blunt an anticipated new wave of Covid infections during the winter.

Pfizer said the provision of new variant specific vaccines was contingent on authorisation by the FDA.

Donald Trump’s former White House legal adviser Pat Cipollone is coming under mounting pressure to testify before the committee investigating last year’s attack on the US Capitol after he emerged as a key figure in bombshell testimony from a former aide on Tuesday.

Liz Cheney, the committee’s Republican vice-chair, called again on Wednesday for Cipollone to testify, a day after the committee heard he had told a colleague they would get “charged with every crime imaginable” if they had let Trump join his supporters outside Congress.

Cheney has made similar calls before, but her words have been given greater urgency since Tuesday’s testimony from Cassidy Hutchinson, a White House aide who depicted Cipollone as central to the events of January 6 2021.

Cipollone is a former commercial lawyer who counted Trump as a client until the then president brought him into his administration in 2018 as White House counsel.

He came to public attention during Trump’s first impeachment when he refused to co-operate with the inquiry, calling it “unfair” and “completely baseless”. He went on to serve as head of Trump’s legal team in the subsequent congressional hearings.

The recent series of public hearings into the US Capitol attack, however, has depicted Cipollone as one of the few people inside the White House who were willing to stand up to Trump.

Hutchinson told the committee that Cipollone had resisted Meadows’ suggestion that Trump travel to the Capitol to join his supporters. According to her testimony, Cipollone said: “We’re going to get charged with every crime imaginable if we make that movement happen.”

Teneo was appointed this week as “joint liquidators” of Three Arrows through a court order in the British Virgin Islands, according to a person familiar with the matter.

The move to liquidate Three Arrows comes as tremors in the crypto market in recent weeks have intensified as global investors ditch speculative assets on concerns over slowing global growth and decisions by major central banks to sharply tighten monetary policy.

Three Arrows, which is based in Singapore and registered in the British Virgin Islands, is among the best-known investors in the crypto sector. The group did not immediately respond to a request for comment on the appointment of liquidators, which was first reported by Sky News.

Three Arrows earlier this month failed to meet demands from lenders to put up extra funds after its digital currency bets turned sour. Run by Su Zhu and his co-founder Kyle Davies, it was known for its levered bets on rising crypto prices. Zhu had pitched a “supercycle” thesis, in which increasing mainstream adoption meant prices would continue to climb without falling back into a near-term bear market.

Bitcoin, the most actively traded cryptocurrency, is down more than 50 per cent this year.

US stocks struggle for direction as traders weigh signs of slowdown

Naomi Rovnick in London and Nicholas Megaw in New York

Wall Street stocks traded choppily on Wednesday after heavy falls in the previous session as traders weighed up fresh signs of a looming economic slowdown.

The blue-chip S&P 500 share index, which dropped 2 per cent on Tuesday and is now almost a fifth lower for the year, was flat in mid-afternoon trading after bouncing between small gains and losses. The technology-focused Nasdaq Composite slipped 0.1 per cent.

The calmer day followed a volatile Tuesday, when a lacklustre US consumer confidence report fuelled concerns about a downturn and prompted steep losses in both indices.

Bond yields, which move inversely to their prices, tend to rise in tandem with forecasts for interest rates and inflation. The 10-year Treasury yield has more than doubled since the start of the year but has slipped back in recent weeks amid rising expectations of a possible recession.

The US Federal Reserve’s current benchmark target range sits at 1.50-1.75 per cent, and investors now expect the rate to climb to 3.5 per cent by early 2023, according to futures markets. That estimate has fallen from 3.9 per cent two weeks ago as investors bet that an economic downturn would reduce the number of interest rate rises required to bring down inflation.