Late rally not enough as Orioles fall to Yankees, 5-4, for fifth straight defeat – The Denver Post 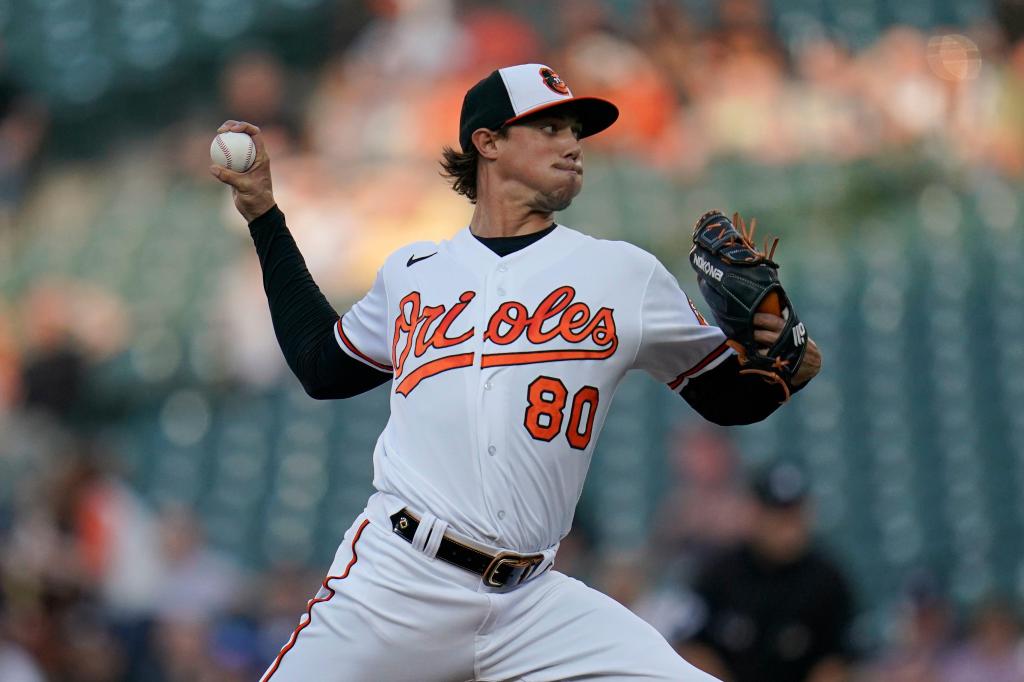 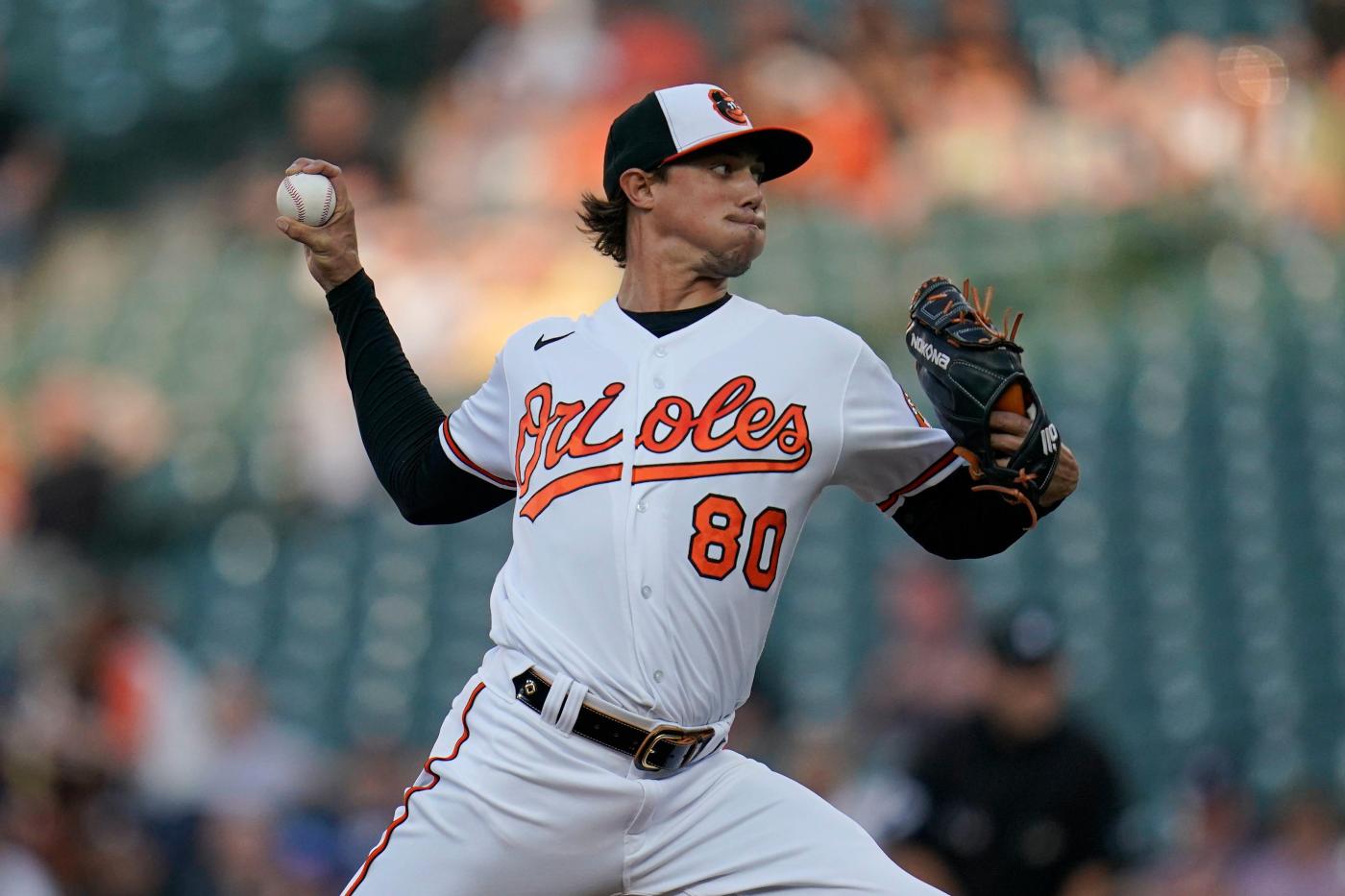 What began as a raise of the eyebrows and turned into sarcastic cheers developed into full-throated screams at Camden Yards when the ball off Orioles right fielder Ryan McKenna’s bat dropped into left field for a run-scoring double with two outs in the ninth inning.

Before that knock, the outcome of Tuesday night’s game against the New York Yankees had practically seemed a foregone conclusion, with closer Aroldis Chapman on the mound against the bottom of the Baltimore batting order — which included pinch hitters Chris Owings and Robinson Chirinos, both sporting low .100 averages.

The singles from Tyler Nevin and Chirinos turned the fans in orange — an outnumbered crew — into hesitant believers. The one-run McKenna double amped them even more, cutting the deficit to one.

But as all things eventually do, the rally came to an end, with Chapman forcing a popup from Cedric Mullins to seal the 5-4 defeat and extend the Orioles’ losing streak to five games. For just a moment, though, that life had been a bright spot in what has been a meager run of form.

“Scoring off Chapman is no easy task,” manager Brandon Hyde said. “We haven’t done a whole lot of that over the years, since I’ve been here.”

There was more offensive production from Baltimore (14-23) on Tuesday than any of the other losses in this short slide. But it wasn’t enough against a stacked New York lineup that jumped on right-hander Spenser Watkins early and added on against the bullpen.

Watkins found himself in trouble immediately, getting head of DJ LeMahieu and then promptly plunking the Yankees’ third baseman. That set up a laser off Aaron Judge’s bat that ricocheted off the left field wall and rolled back toward the infield.

Hays chased that ball down and nabbed Judge at third, but the first run was across.

“He made a great play,” Watkins said of Hays. “But yeah, absolutely, having that wall extended helps, for sure.”

More could’ve scored, with Watkins walking the next two batters before escaping the jam. But Judge later found a way out of the yard off Watkins, and then did so again off right-hander Joey Krehbiel, who relieved Watkins after allowing two runs on four hits in four innings.

For a time, an offense that had produced four runs combined during their last four losses awoke, tagging right-hander Jameson Taillon with three runs on six hits in five innings. Ramón Urías began the short-lived surge, homering to left-center, before Urías scored Trey Mancini off an error in the fourth. Nevin’s sacrifice fly later in the frame momentarily gave Baltimore a lead.

But the second of Judge’s two homers changed that, and it turned New York’s way with a run off right-hander Dillon Tate in the sixth before Urías’ error in the seventh, which plated another.

Those extra runs wound up looming large, especially when McKenna scratched across one run in the ninth. The rally against Chapman fell short, quieting the cries that had built just moments earlier.

Logan Gillaspie couldn’t sleep. After the life-changing phone call came at 11:30 p.m., he laid there, eyes wide, mind racing, imagining what the next evening would bring.

“Every time I checked my clock, it was only an hour past,” Gillaspie said. “I was like, ‘Come on.’”

He was wired enough to make his major league debut. Missing out on that sleep didn’t slow him down. When he exited the bullpen and heard his name announced to the crowd, he began to tear up.

And as he stood at his locker after pitching two scoreless innings in relief, just the memory of his introduction brought tears to his eyes once more, his voice wavered.

“Getting choked up now,” he said.

The introduction the right-hander received moments later — facing the Yankees’ lineup — wasn’t nearly as welcome. In stepped LeMahieu and Judge to face him, and with two outs, both recorded singles.

But the momentary gasps when Anthony Rizzo first swung were alleviated when McKenna tracked the high-flying ball down at the edge of the right field warning track, safely ending Gillaspie’s first inning as an Oriole with his parents in the stands.

“I hope I can throw strikes with all this energy coming out of me,” he thought when he entered.

The path here has been interesting. In 2017, playing for the Monterey Amberjacks in the Independent League, he featured as a pitcher, first baseman, catcher and shortstop.

“Just start pitching,” he said with a laugh when asked what he’d tell himself now. “It’s been tough. Other than that, all of it has paid off.”

By 2018, he had solidified himself as a pitcher, but he still bounced around, from the Milwaukee Brewers’ organization to all levels of Baltimore’s system.

After all that time, he was at Camden Yards, on the receiving end of call-up to give the Orioles length out of the bullpen during a crowded stretch of games. And at the end of his two innings, he met his dad by the side of the dugout.

“When he came down, it was unbelievable,” Gillaspie said.

Except he has to believe it. Because after a roundabout journey, he made it to the bigs.

Earlier in the season, the hard-hit balls off Mancini’s bat left him with his head looking skyward on the way to the dugout. There was an element of ill fortune to it, those would-be knocks finding gloves.

But when the calendar turned to May, those balls began finding grass. Monday marked the end of Mancini’s 12-game hitting streak, but with a walk, he continued his on-base stretch. And with a single and double Tuesday, that streak reached 14 games, raising his batting average to .289 with a .748 OPS.

The J.Crew and Abercrombie Items That Feel Very 2023

The PS5 Console Is In Stock Right Now at Dell

The metaverse fashion stylists are here