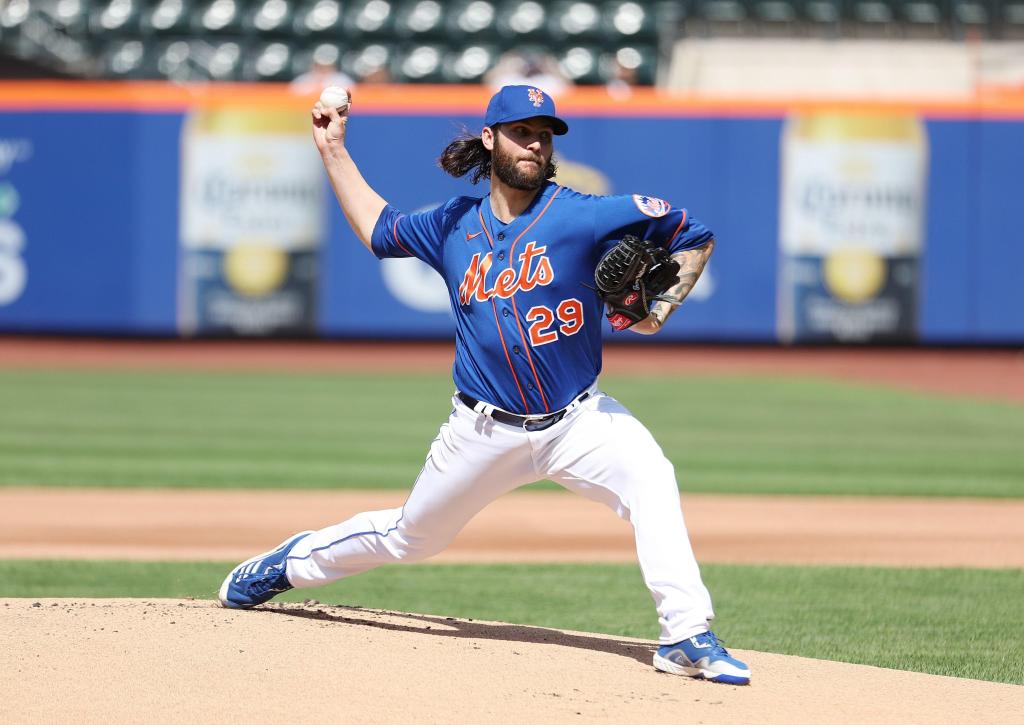 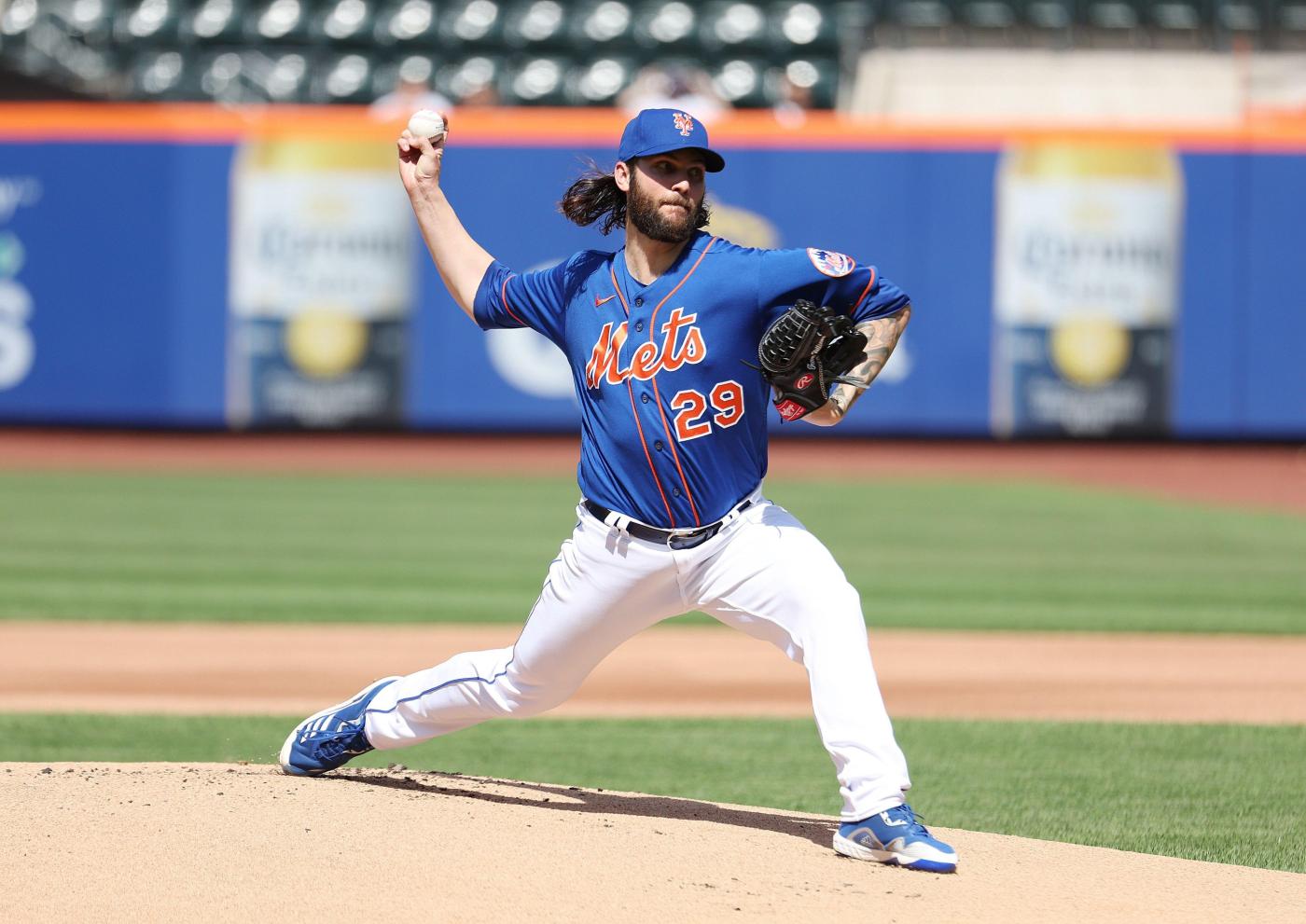 The Mets settled for a split, rendering yet another late-game rally moot, after a long day of baseball against the Cardinals.

Joely Rodriguez stumbled in the top of the ninth inning of a tied game, putting men on first and third with one out. Brendan Donovan, representing the go-ahead run, reached third on a passed ball by Tomas Nido. Adam Ottavino relieved Rodriguez and did his job, striking out Nolan Arenado and inducing a check-swing groundout to Tyler O’Neill. But Eduardo Escobar’s throw to first base was a beat late, as Donovan crossed the plate and O’Neill was called safe.

The Mets’ 4-3 loss to the Cardinals in Game 2 of a doubleheader on Tuesday night at Citi Field was a tough one, particularly because a series of events worked in the Amazin’s favor in the eighth inning.

First, with one out, the Mets trailing by one run and Francisco Lindor at the plate, the Cardinals failed to catch a spiraling pop up near the third base line. Lindor wound up walking. Then, Escobar reached base on a strikeout after St. Louis catcher Andrew Knizner committed a passed ball. Finally, Jeff McNeil brought his season 1.005 OPS in high-leverage situations to the plate. McNeil ripped a game-tying RBI single to left field to score the hustling Lindor from second. The Mets fought back to tie the game, but the effort wasn’t enough to take the lead.

Trevor Williams, tasked with the job of filling in for Tylor Megill (right biceps tendinitis), established the tone in his second start of the year for the Mets. Williams struck out six, including two against Yadier Molina and another with Nolan Arendado in the box, in what seemed like an effortless outing against a St. Louis team that believes it can be a playoff contender.

“Learning this new role has been a fun challenge for me,” said Williams, who was a regular starter for the Pirates and Cubs before he joined the Mets at last year’s trade deadline.

Williams fired four shutout innings and allowed four hits across 65 pitches to help the Mets beat the Cardinals, 3-1, in the series opener on Tuesday. The right-hander, typically the innings-eater out of the bullpen, picked up where he left off in his most recent relief outing, when he posted 3.2 scoreless innings against the Nationals last Wednesday. On five days’ rest, Williams’ smooth and steady performance against the Cards was just what the Mets were looking for.

The righty credited backup catcher Patrick Mazeika, who is enjoying his promotion from Syracuse while James McCann (left hamate surgery) is on the shelf, for calling a good game.

“To come in as the third catcher and get thrown into it right away, it’s just a testament to the type of player he is and we were really on the same page all game,” said Williams of his backstop.

The Mets (24-14) on Tuesday began a stretch of 10 games in nine days, which meant manager Buck Showalter was forced to be a little creative with his bullpen use in the opener of the doubleheader. After Williams impressed with his four shutout innings, Showalter called on reliever Jake Reed as the first man out of the bullpen.

Reed, making his season debut, had an adventurous fifth inning as he walked two of his first three batters. Mazeika called for a quick mound visit, as Reed’s teammates encouraged him to brush off the nerves and attack the hitters. Perhaps that mound visit was the quick breather he needed. Reed bounced back to strike out Paul Goldschmidt and retire Arenado to end the inning. Reed took the mound again for the sixth, shutting down the side to complete his two scoreless innings. He was optioned to Syracuse between games.

After Reed, Showalter went to his circle of trusted relievers – bringing out Seth Lugo, Drew Smith, then Edwin Diaz to silence the Cardinals. While Smith gave up a home run to Goldschmidt, Diaz in particular was electric. The Mets closer picked up his ninth save of the year. Diaz has struck out 30 of the 60 batters he’s faced this season.

“You ride it when it’s hot,” Showalter said of Diaz’s confidence and results to begin the season. “These are really good hitters. He keeps grinding, he keeps working. It doesn’t go unnoticed. Edwin has been instrumental in what we’ve been able to do early on.”

Taijuan Walker was strong to begin his fifth start of the year in game two of the twin bill. The right-hander retired nine of his first 10 batters, but the Cardinals got to him the second time through the order. Walker navigated through traffic on the base paths in the fourth and fifth inning before exiting to a final line that featured three earned runs in five innings across 94 pitches.