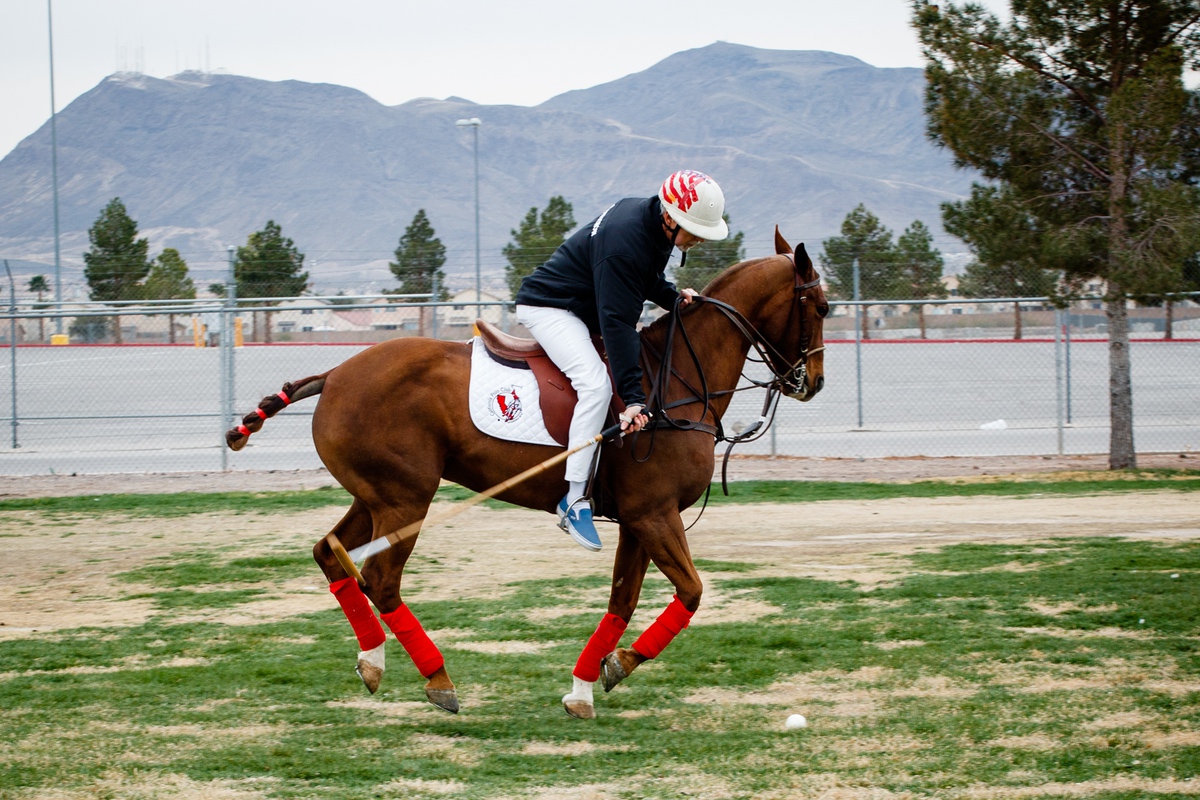 Randy Russell first sought to bring a polo match to Las Vegas more than 20 years ago, when he was hosting a convention for the sport on the Strip in 2000.

But the fees the few arena options at the time wanted to charge for dirt alone were exorbitant, and no one seemed to understand that an outdoor polo game required a space roughly the size of nine football fields.

“Back then, the (Las Vegas Convention and Visitors Authority) gave me tours of different places but they showed me like soccer fields that had light standards in the middle of the ground,” Russell recalls. “We couldn’t open it up enough.”

So Russell, the long-time president of Polo America, kept his dream of annual polo match in the valley at bay for nearly 20 years. It reawakened in 2018 when Star Nursery Fields expanded from five acres to 15 acres, and the Las Vegas Polo Classic was born.

The event has since moved indoors, switching from a traditional polo match to an arena game at South Point Arena and Equestrian Center’s Priefert Pavilion. The fourth annual match — after three postponements, the 2020 version was ultimately scrapped — commences at 8:15 p.m. Saturday night.

It’s nearly sold out with only “gold” level of tickets — $200 for singles and $2,000 for a table of up to ten, on sale at poloamerica.com/events — available, which include a champagne reception and meet-and-greet with the players tonight at Resorts World and a pre-match dinner Saturday.

“For us to bring polo there and expand the sport in this market is really a thrill for us,” Russell said. “Probably 95% of the people who come out to the game for the first time, it’s the first time they’ve ever seen polo except for on Pretty Woman.”

Russell is committed to putting on a show for the crowd and believes he might have outdone himself this year. Saturday’s match will star easily the highest-caliber players he’s ever brought to Las Vegas.

Inspired by the high level of play he watched at the 2021 U.S. Open Arena Polo Championships at the Empire Polo Club in Indio, Calif. near his home, Russell wanted to come close to matching the quality in Las Vegas. He’s done just that, as the Las Vegas Polo Classic will feature a “10-point game” – a scale for the quality of players competing — just below the U.S. Open’s 12-point.

Russell says the match will now be one of the 10 highest-rated arena games in the country this year.

A third-generation polo player, Dailey is currently the general manager of Hawaii Polo Club. The 38-year-old played collegiately at the University of Virginia, which has the most esteemed polo team in the country, and has gone on to compete professionally on five different continents.

He doesn’t have plans to stop any time soon as his father, Michael Dailey, is still playing regularly at 70 years old.

“It’s ridiculously addictive,” Devon Dailey said. “It’s an adrenaline sport, and you’re just chasing that. It would be kind of like mixing horse racing with ice hockey. Getting to run is what it’s all about and what we’re doing there is going to be super fun because it’s compressed so the play is just always going to be going, always going to be around the crowd.”

Dailey and Russell agree that the arena version of polo is better-suited for novice crowds because of the pace and proximity of the action. Russell treasured putting on a pair of outdoor games in 2018 and 2019 at Star Nursery, but the action could be as far as 300 yards away from the fans at times.

At South Point, he estimates the furthest seat away from the field is nine feet.

Russell has staged series of polo games, both outdoor and arena, in a dozen or more new markets throughout a lifetime in the sport but doing it in Las Vegas is special to him. It’s a city he targeted for a long time before he could make it a reality.

“People get a chance to see everything in the world in Las Vegas but people rarely, and until we came along, never, got the chance to see a polo match,” Russell said.