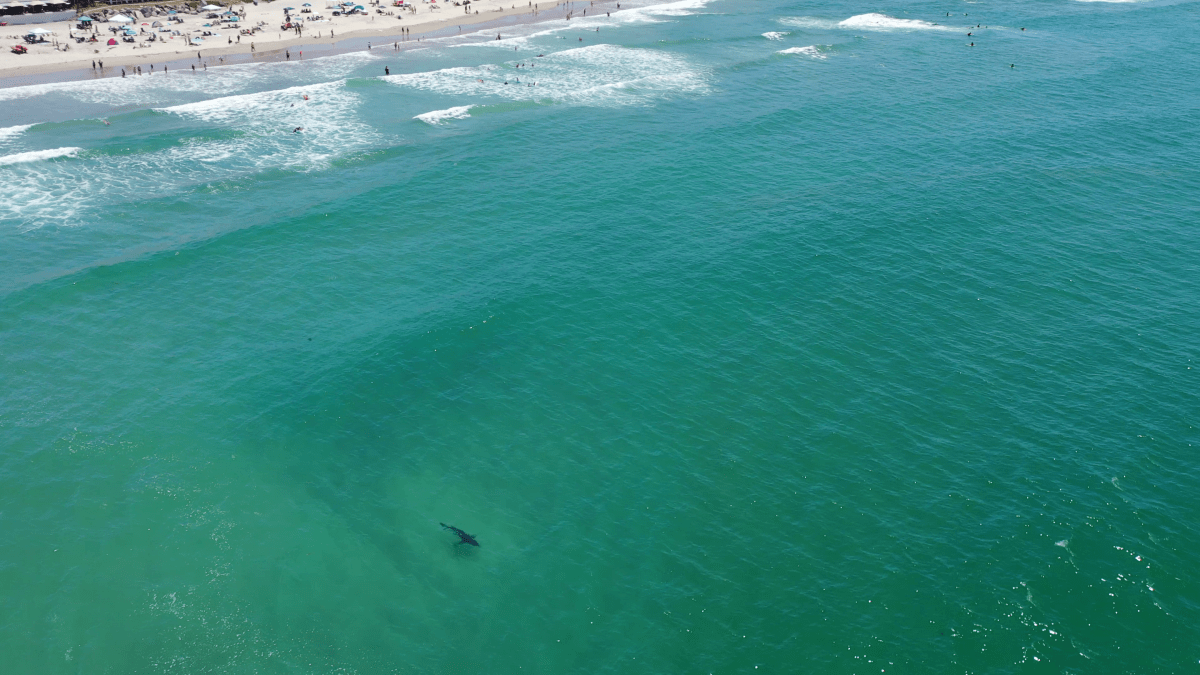 Researchers from California State University, Long Beach and the University of Minnesota published an article earlier this month with insight on the location, movement and disposition of juvenile white sharks off Southern California beaches.

One finding is that juvenile white sharks tend to congregate near shore to evade predators, such as adult white sharks and orcas, and expend energy only when necessary, optimizing growth rates.

The five- to six-feet-long sharks are most active in deeper and colder water, typically in the evenings and mornings, to chase prey species, according to the researchers.

“These juvenile white sharks are getting a big morning breakfast and then just chilling for the rest of the day,” said lead author and CSULB researcher James Anderson. “They’re hanging out at the beach, cruising up and down the shoreline, paying no attention to pretty much anyone or anything around them.”

Over the years, the sharks have relocated from Santa Monica Bay and Will Rogers Beach to Torrey Pines, Solana Beach and Carpinteria.

While these wild animals are unpredictable and require some cautious behavior by surfers and swimmers, Anderson said people should not be too concerned.

More information about white sharks and beach safety tips can be found here.