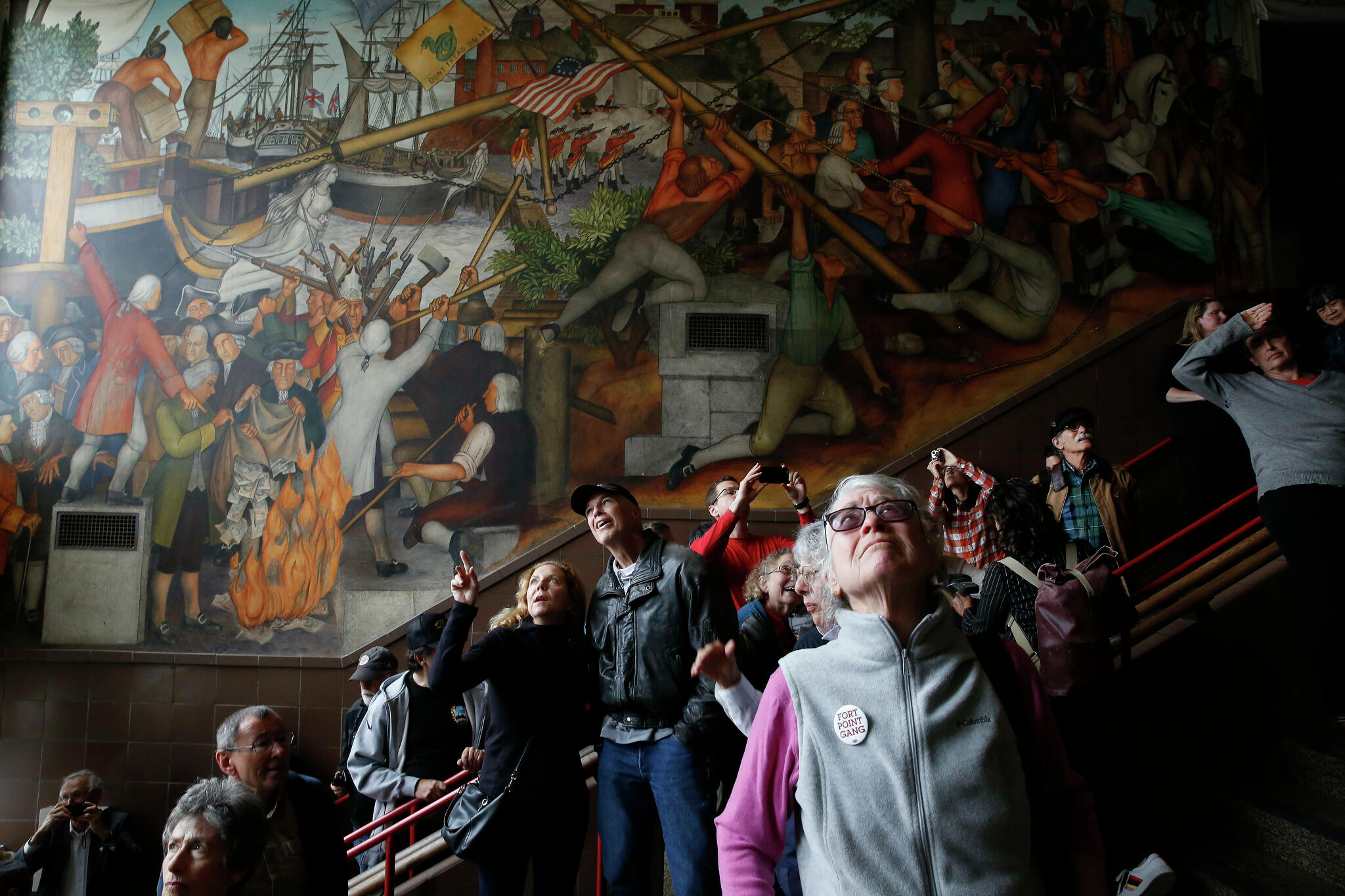 A mural of George Washington that critics say is degrading for its depiction of Black and Native American people will remain on display in a San Francisco high school after the city’s school board voted 4-3 on June 22 to reverse an earlier decision that would have covered the painting.

The vote came in response to a 2021 Superior Court ruling that found the board had acted too hastily in 2019 when it decided to cover the mural at George Washington High School with curtains or panels. The judge in that case, which was the result of a lawsuit filed against the district by the school’s alumni association, determined the board had violated state law by failing to conduct an environmental review of their plan prior to the vote. The board originally appealed that ruling but later decided to abide by the judge’s decision.

Despite the 2019 vote, the mural was never actually covered during the intervening years.

The mural, which is composed of 13 panels and spans 1,600 square feet along the school’s entryway, depicts George Washington during real and imagined points in his life. It was painted by the Russian American muralist Victor Arnautoff in 1936. Two of the panels — one that portrays slaves working at the former president’s Virginia estate, and another that shows white settlers standing over the corpse of an apparently slain Native American — have been the subject of controversy for decades.

Critics argue that the mural’s depictions of slavery and Native American genocide are harmful to students, while supporters say the fresco serves as a somber reminder of the nation’s brutal past and that erasing it would be an act of censorship tantamount to book burning. The controversy came to a head in 2019 when the board voted unanimously to paint over the mural, but — following a national outcry — decided to conceal it instead.

The board was sued that year by the George Washington High School Alumni Association, which successfully argued that members violated California’s Environmental Quality Act — a law that requires state and local agencies to analyze and publicly disclosure any environmental impacts of a proposed project.

Wednesday’s vote does not mean the mural will be on display forever, but it does mean that it needs to remain uncovered going forward. In the future, the board could decide to formally review the environmental impacts of the mural’s removal or concealment and vote on a decision afterward.

According to the Chronicle, board members Jenny Lam, Lainie Motamedi, Lisa Weissman-Ward and Ann Hsu voted to undo the body’s 2019 decision, while members Kevine Boggess, Matt Alexander and Mark Sanchez voted in dissent. Several news outlets have reported that board members did not offer comments on the vote.

In 2021, when the board initially voted to appeal the court ruling, the final count was 6-1 with Lam being the only dissenting member. The board’s 4-3 vote on June 22 may reveal how significantly this year’s recall of three of the board’s previous members has altered the body’s political leanings. Motamedi, Weissman-Ward and Hsu were appointed to fill the vacancies left by former members Alison Collins, Gabriela Lopez and Faauuga Moliga, who were each recalled by San Francisco voters in three separate landslides on charges that they were more focused on “performative activism” than they were on actual policy matters.