Jim Seals, the Soft Rocker Who Helped Define the Sound of the ’70s, Has Died 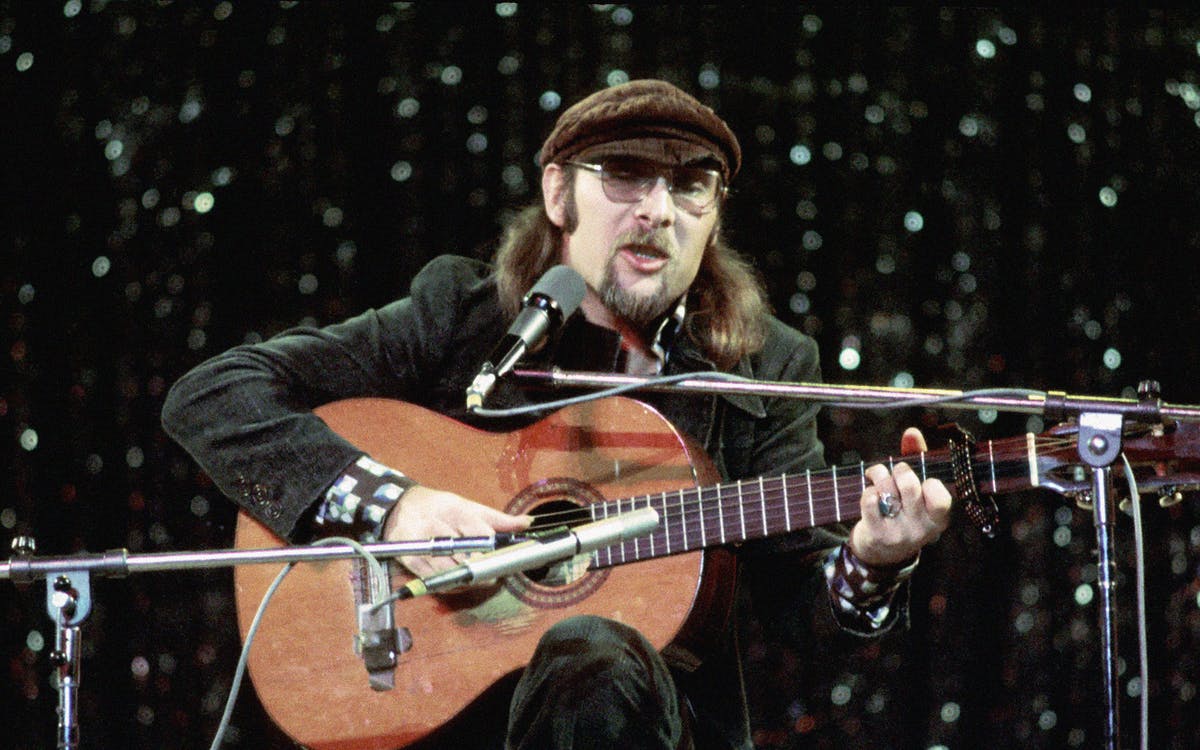 Jim Seals, the gracious, soft-spoken soft rocker from hardscrabble, Texas, died of unknown causes on Monday. He was eighty years old. He is survived by his wife, Ruby; their three kids, Joshua, Juliet, and Sutherland; and his longtime musical partner, Dash Crofts. Together, the two helped create something that changed America forever: seventies rock.

For years I was fascinated by Jim, one half of Seals and Crofts, one of the biggest soft-rock groups of all time, especially after I discovered where he grew up—the small oil-field towns of West Texas. Couple that with the fact that Jim’s younger brother, Dan, grew up to become one half of another of the biggest soft-rock groups of all time (England Dan and John Ford Coley), and I had to know: How did the softest, prettiest pop music come from the roughest part of Texas?

I spent a couple of months in 2019 trying to figure this out. I visited the tiny towns of Iraan, McCamey, and Rankin and talked to the folks at the Rankin Museum in the old Yates Hotel, where they remembered “Jimmy” as the fiddle-playing, sax-playing kid who was one of the first locals to grow his hair long in the fifties. I also spent a day with Jim and his wife Ruby, in Hendersonville. They split their time between that suburb of Nashville and Costa Rica, where they had raised their three kids. Jim wasn’t in the best of health—he’d suffered a stroke in 2017—but they welcomed me to their home. We sat on the back deck, among the mockingbirds and the bougainvillea. Jim had a great memory, though sometimes Ruby, who had been with him since 1969, would gently prod him. His voice was soft and quiet. “It was the James Brown songs that got me,” he said. “Don’t forget you’re being recorded,” Ruby would say, and he would speak up.

Jim talked about the three little towns where he had grown up, living in shotgun shacks and eating the squirrels his father, Wayland, hunted. He talked about the jam sessions Wayland would host in their home, where families from Ohio and Virginia would sit around and play the tunes they remembered from where they were from. He talked about playing old-time country songs with Wayland and Dan. Ruby said, “You’ve got to tell him the story about how you got the fiddle and how you learned to play it.”

And he did. His stories were amazing. He played with West Texas characters like Bozo Darnell and Dean Beard—and Wayland, who released a couple of hair-raising hard-country 45s in the late fifties. He told me about hearing rock and roll and learning to play the sax because of Little Richard. He recalled meeting drummer Dash Crofts and playing with the Champs, who were huge stars because of “Tequila.” At that first show, when Jim was fifteen, the fans ripped off half their clothes, he said. “It was like Beatlemania.” In the early sixties, he and Dash moved to L.A., joined the Baha’i faith, and Jim met Ruby. Jim and Dash were tired of rock and roll, and the two sat around with acoustic instruments and sang harmony on Jim’s elegant, stately songs. In my 2020 Texas Monthly story, I wrote that “they had been performing together for so long that they would finish each other’s sentences and hear harmonies in each other’s melodies.” Pretty soon they had worked up a new way of singing and playing, and America had a new soft-rock sound.

After Seals and Crofts broke up, Jim and Ruby raised their kids and Jim played some with Dan, who had become a huge Nashville country star (he died of lymphoma in 2009). When Jim’s stroke left him unable to play he started painting—colorful still lifes in the manner of Monet. He had a weekly lesson, and the hobby kept him happy.

My favorite story of that day was the tale of how he had written the monster hit “Summer Breeze,” a song that helped define the seventies. It came to him in 1970 in a Woodstock, New York, recording studio, the melody and the words at the same time, as he remembered his days as a little boy running around a shotgun shack in a small Texas oil-field town—the halcyon days before his parents split up and he moved on and became a rock star, his life changing irrevocably. He told me how many times the band recorded it before finally getting it right, and how he reacted when he first heard it on the car radio in Los Angeles in 1972. “We’re on the freeway,” he said, and began choking up. “You’ll have to forgive me. We’re on the freeway going to Hollywood, and boom, it came on.” I asked why this still affected him so many years later. He paused. “So thankful. We had worked so hard for so long.”

Fifty years later, those first notes from Jim’s acoustic guitar on “Summer Breeze” still make us nostalgic for another time. I have no idea what Jim meant about the summer breeze blowing through the jasmine of his mind. But I know exactly how he felt.