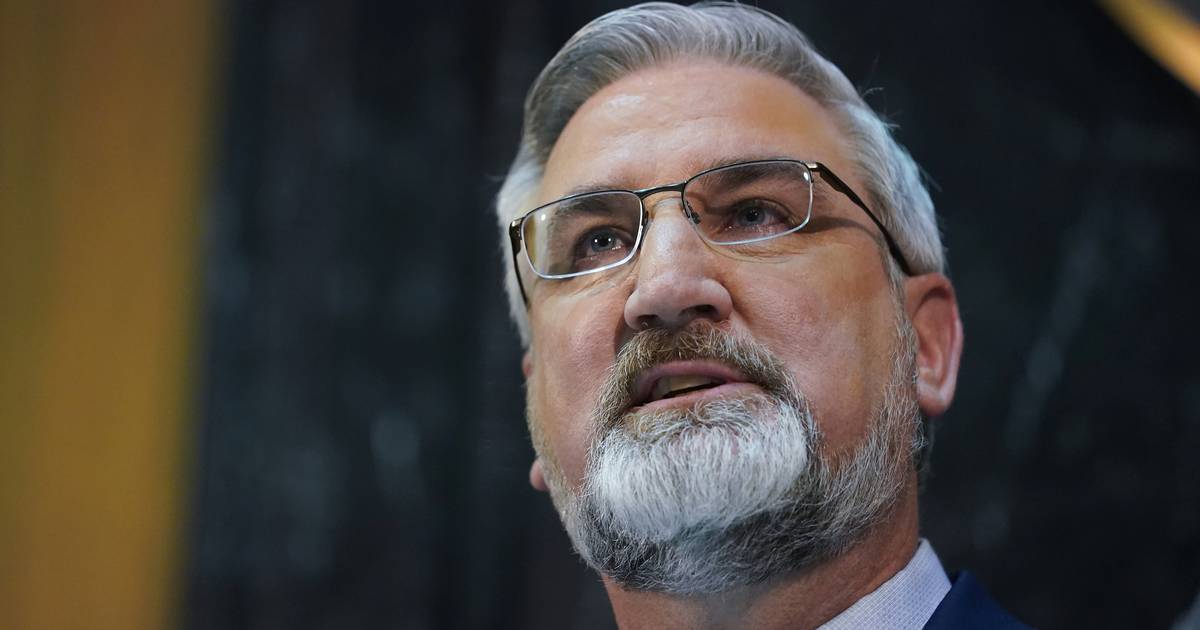 INDIANAPOLIS — Indiana Gov. Eric Holcomb has been hospitalized for treatment of pneumonia but is “responding well,” his office said Friday.

The 54-year-old Holcomb was diagnosed with pneumonia after going to a doctor on Thursday believing he was ill with the flu, according to his press secretary, Erin Murphy.

“Out of an abundance of caution he was admitted to the hospital and he’s responding well to treatment,” Murphy said in a statement.

Murphy didn’t immediately respond to questions about where Holcomb was hospitalized and how long he could remain there.

Holcomb had been scheduled to travel to southern Indiana for an awards presentation on Friday, but the governor’s office announced Thursday morning without explanation that the event had been postponed for a week.

Lt. Gov. Suzanne Crouch said she had been in contact with Holcomb’s staff on Friday.

“It’s good to hear the Governor is resting well and responding to treatment,” Crouch said “I will be praying for a speedy recovery for him.”