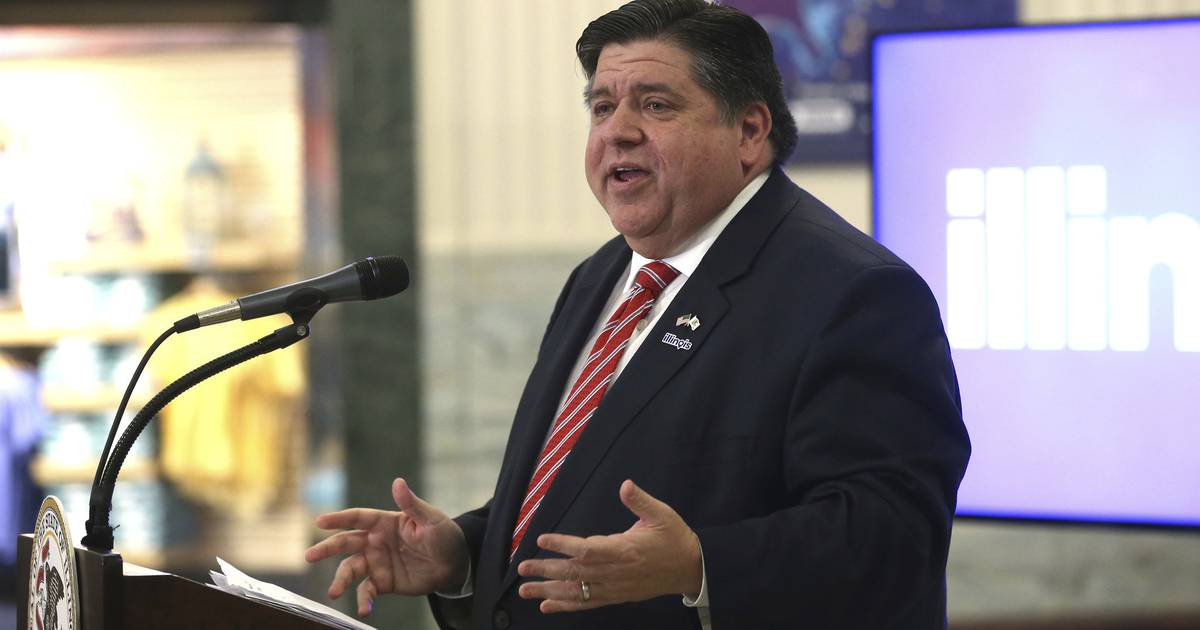 Illinois on Thursday received its third credit upgrade in less than a year after previously going more than two decades without one, bolstering Gov. J.B. Pritzker’s reelection campaign message that he and fellow Democrats are slowly fixing the state’s long-running financial problems.

Even with the upgrade, Moody’s Investors Service said Illinois’ credit remains lower than any other state in the nation. That’s in large part due to the state’s long-term debt issues, including pensions that remain significantly underfunded, and its sluggish economy relative to other states.

Still, Pritzker publicized the bump as he announced the news at the Thompson Center in the Loop.

“There is more work to be done, of course, but step by step, rung by rung, we are steadily climbing the ladder out of the hole that was dug over decades, and Illinois’ future is bright,” Pritzker said.

Thursday’s credit hike from Moody’s comes after the ratings agency last year elevated the state’s credit to two notches above junk bond status from one, the first upgrade for Illinois since Republican George Ryan was governor. S&P Global Ratings followed suit soon after, and while Fitch Ratings still has Illinois at its lowest investment grade, the firm has signaled an upgrade could be in the offing.

The spending plan for the budget year that begins July 1 and other measures are allowing the state to deposit $1 billion into its rainy day fund, make an additional pension payment of $500 million on top of a required $9.6 billion contribution, and devote more than $1 billion toward paying off old employee health insurance bills.

The state also has paid off $3.2 billion in emergency coronavirus loans from the Federal Reserve ahead of schedule and, using federal aid from President Joe Biden’s American Rescue Plan, paid down $2.7 billion of a $4.5 billion deficit in its unemployment insurance trust fund.

“When I came into office, Illinois had a structural deficit of nearly $3 billion, and between 2015 and 2017 our state suffered an astonishing eight credit downgrades,” Pritzker said. “We’ve now repeatedly balanced the budget and secured three upgrades in under a year.”

Still, the state has nearly $140 million in unfunded pension liabilities and has yet to come up with a plan to repay the remaining $1.8 billion unemployment fund debt, among other challenges.

House Speaker Emanuel “Chris” Welch, a Hillside Democrat who is looking to defend a 73-45 supermajority over Republicans, joined Pritzker in pinning the blame for the state’s money problems on past legislatures and governors, particularly Republican predecessor Bruce Rauner.

Democrats have “turned Bruce Rauner’s $17 billion debt into a surplus, and now we’re using that financial stability to make historic investments in human services and public safety, and put money back into the pockets of hardworking families,” Welch said in a statement, referring to the state’s previously towering pile of backlogged bills.

“The truth is, Pritzker continues to put Illinois on a path toward fiscal insolvency by increasing state spending and failing to address the systemic issues that are causing people to flee this state,” Senate GOP leader Dan McConchie of Hawthorn Woods said in a statement. “Should he remain in office next year, he is going to be confronted with a major hangover after the federal money dries up and state spending is at a record high.”

The larger economic issues cited by Republicans are factored into the Moody’s analysis and the ratings agencies have so far given the General Assembly and the Pritzker administration credit for not using the one-time influx of revenue to fund ongoing expenses.

In addition to the rating upgrade, Moody’s affirmed its stable outlook for Illinois’ finances, which “balances the state’s recent financial progress with underlying challenges that will remain in place for some time.”

‘Our schools are a place where kids should be safe:’ faith leaders, community decry gun violence, call for peace in streets during downtown Chicago prayer walk