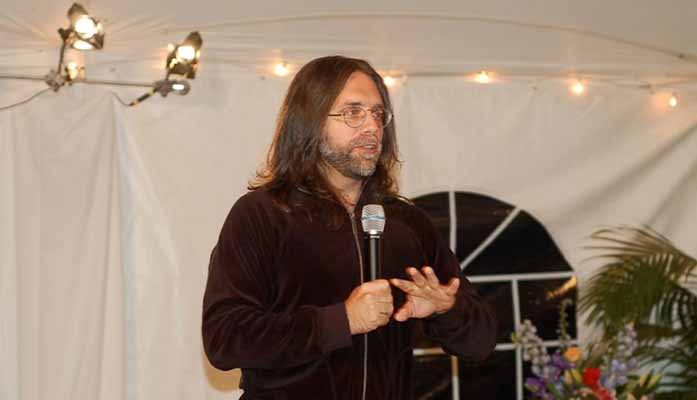 A high-profile inmate serving 120 years for racketeering, fraud, and various sex crimes involving minors alleges he lost phone privileges with his defense attorney at a Federal Bureau of Prisons facility in Tucson the day after documents were filed suggesting FBI personnel tampered with some of the evidence admitted at his trial.

Keith Allen Raniere is the founder of New York-based NXIVM, a self-help inspired multi-level marketing company and sex cult which attracted number of actresses and socialites as members.

He is currently serving his sentence at the U.S. Penitentiary – Tucson, a high security federal penitentiary that is capable of housing sex offenders.

A lawsuit filed this month in the U.S. District Court of Arizona by Tucson-based attorney Stacy Scheff alleges USP-Tucson Warden Barbara VonBlankensee and one of her lieutenants have engaged in unlawful interference with Raniere’s First Amendment right of access to the courts.

Raniere was transferred to USP-Tucson in early 2021 from a federal corrections facility in New York. The lawsuit suggests unlawful actions were taken against Raniere’s access to legal services as far back as May 2021 when his power-of-attorney, Suneel Chakravorty, had a visit “abruptly terminated and his visitation privileges revoked.”

The only way Chakravorty and Raniere can now communicate about various legal matter is via a monitored phone line even though Chakravorty is identified as an agent of Joseph M. Tully, Raniere’s main criminal defense attorney.

Then last month, Tully filed a motion with the U.S. Court of Appeals for the Second Circuit to put Raniere’s current appeal on hold while the defense pursues efforts for a new trial. The basis for the new trial is the alleged existence of newly discovered evidence of government misconduct, Tully wrote.

On May 3, Tully formally filed a 42-page motion with the Eastern District of New York for a new trial. It contends three digital forensic experts have concluded the FBI tampered with evidence in Raniere’s case and that at least one federal agent committed perjury in connection with Raniere’s conviction.

The motion for a new trial also alleges the federal government withheld material evidence from the trial court and the defense to cover-up the government’s culpability.

The next day, Tully and Raniere were engaged in a privileged legal call about the case when the call was “terminated prematurely, and without warning,” according to the lawsuit. Shortly after, Raniere says he was ordered to visit a lieutenant’s office where he was told his approved call and visitation list was being “scrubbed.”

Raniere says he was told the changes to his list were made due to “an investigation” and that he would have to fill out a new application for each person he wished to have added back to the list, with no guarantees the adds would be approved.

“Plaintiff is neither a lawyer nor trained in the law,” the lawsuit states. “The First Amendment right of access to the courts included with it a reasonable opportunity to communicate in a contemporaneous manner with his lawyers.”

The lawsuit Scheff filed for Raniere also names BOP Director Michael Carvajal and U.S. Attorney General Merrick Garland as defendants. A federal judge is being asked to issue a court order guaranteeing Raniere “reasonable access” to his attorneys and their agents, by phone and telephonically, subject to modest limitations necessary for legitimate penological interests.

USP-Tucson has housed several high-profile inmates in the past, including mobster Whitey Bulger and former U.S. Congressman Randy “Duke” Cunningham.

Its current prisoners include Esteban Santiago-Ruiz, the gunman in the 2017 ISIS-inspired terrorist shooting at the Fort Lauderdale airport which killed five; Ross William Ulbricht who is serving two life sentences for his involvement with the Silk Road online marketplace for illegal drugs; and civil rights activist Hubert Gerold “H. Rap” Brown (aka Jamil Abdullah Al-Amin) who was moved to USP-Tucson in 2018 to serve his life sentence for killing a Georgia sheriff’s
deputy in 2000.