here are the top stories this week 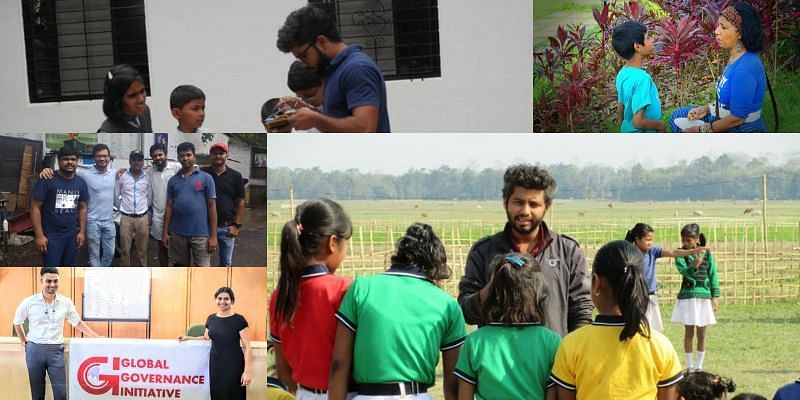 In India, government schools have always been neglected or underestimated. They are seen as overcrowded, shabby, under-equipped, and poorly funded. To address this, 43-year-old Dattatray Ware is changing the way students are taught in Wablewadi Zilla Parishad School, Pune.

And as we talk about education, Global Governance Initiative (GGI), started by Shatakshi Sharma and Naman Shrivastava in Delhi, is bridging the gap between youth and policy making, and enabling them to work with the government. Here are some other inspiring stories from Social Story this week.

Five-year-old Rani has a cleft lip and palate and was born without a left arm. Differently-abled and abandoned at birth, Rani now goes to a normal school. Along with her is Mahesh, who is speech impaired, and eight others who were either orphaned or abandoned. After school, they return home – to Icha Foundation – in Visakhapatnam.

Ten other children, who are either physically or mentally challenged, go through physiotherapy sessions every day. In between, they are taught colours and other light topics through games and activities at a small special education centre in Icha Foundation itself.

Started by Madhu Tugnait (60), a former fashion designer, the Icha Foundation was registered as an NGO in 2010, which aims to foster security and dignity to the differently-abled kids. At present, it has 20 children and provides them with food, housing, medical facilities, and schooling.

The report also states that a total of 21 cities in the country are poised to run out of groundwater by 2020, owing to leakage losses and lack of proper infrastructure.

To tackle this growing problem, two Kolkata-based residents are now attempting to fix roadside public taps across the city.

Ajay Mittal (28) and Vinay Jaju (36) have not only put in their individual efforts, but also initiated a citizen’s movement called ‘Active Citizens Together for Sustainability (ACTS),’ involving 500 people to scale their water conservation endeavour.

In India, government schools have always been neglected or under-estimated. While this scenario mostly holds true to a large extent in many parts of the country, a primary school in Maharashtra has come as close to be an ideal school with its various facilities to feed the curiosity of its students.

Run by 43-year-old Dattatray Ware, the Wablewadi Zilla Parishad School near Pune has classes up to ninth standard, with about 530 students and a team of teachers.

The Hummingbird School, started by Bipin Dhane, an IITian, and his batchmates, has been successful in educating tribal children in Assam.

“One school won’t solve the problem of all the Majuli Island (Assam) people. More needs to be done to create overall impact. For this, we are turning our school into a model school,” Bipin says.

Bipin Dhane along with his students at the school

Today, the school serves 19 villages, has 15 dedicated teachers, and 11 non-teaching staff, with 240 students who have found holistic education.

Though youth are motivated to contribute to the growth of the nation, they are unable to contribute productively due to limited opportunities, lack of skills, and not having correct mentorship and guidance.

Global Governance Initiative (GGI) was started by Shatakshi Sharma (27) and Naman Shrivastava (27) in July 2018 in Delhi to bridge this gap and bring youth in line with the government’s policy making.

The initiative provides masterclasses to the youth in practical policy making, ranging from healthcare, education, and investments.