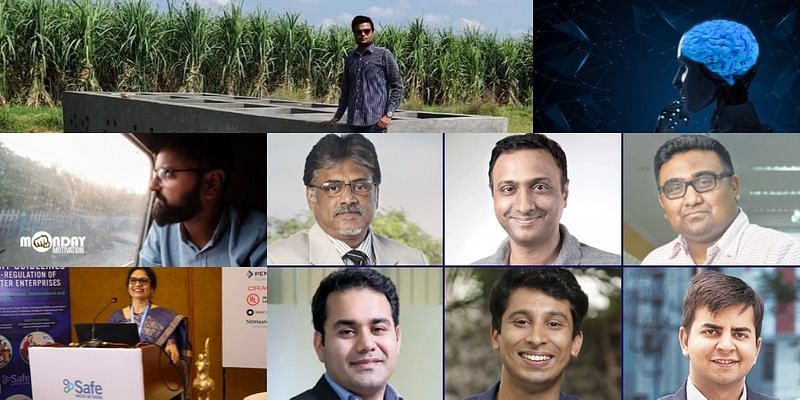 Sometimes you need to take matters into your own hands and be the change you wish to see. For example, 25-year-old Ayush Mittal is sparing no effort to collect, manage, and discard waste scientifically in his area, and has been doing it since 2018.

Here are the stories that would not only inspire you but show you the ways to help and protect the environment and contribute to the greater social good.

The global water demand is expected to continue increasing until 2050, at 20-30 percent above the current level of water use, mainly due to rising demand from domestic and industrial sectors.

To bridge this gap and empower communities to own and manage safe drinking water stations, the Safe Water Network (SWN), India, was launched in 2010. The

In India, SWN has helped over 300 communities, working with citizens across three states to provide quality drinking water. Poonam Sewak, Vice President of SWN, says, over 10,00,000 individuals have been given access to clean drinking water in a cost-effective manner. Its major focus right now is to reach more individuals through expansion and model replication so that future generations will be secure.

India generates a whopping 62 million tonnes of solid waste every year, of which less than 60 percent is collected, and only around 15 percent of the waste is processed. Unattended waste can lead to many diseases like cholera, dengue, hepatitis, and others.

Twenty-five-year-old Ayush Mittal from Meerut is sparing no effort to collect, manage, and discard waste scientifically in his city. He came up with a model to manage solid waste efficiently with the help of his brother, Akshit Mittal, in 2018.

Today, Ayush has successfully roped in over 118 waste pickers to manage around 8,000 kilograms of solid waste generated across 10,000 households from 17 residential colonies.

In the past decade, Artificial Intelligence has scaled into every possible field. The number of startups in the field of AI-based solutions has also skyrocketed. According to a news report, a study by tech giant Accenture states that AI has the potential to add $957 billion, or 15 percent of current gross value added, to India’s economy by 2035. Here are a few startups that are using AI for the betterment of mankind.

Flipkart, Bigbasket, Meesho, and others celebrate the joy of giving with Daan Utsav

Collaborating with non-profit organisations like GiveIndia, startups like Flipkart, Bigbasket, Meesho, and others are giving the necessary nudge to their clients through relevant social messages. In the process, customers are prompted to contribute to certain causes after using a service, thereby making ‘giving’ a natural extension of their shopping and interaction on the respective platforms. This way, GiveIndia and startups have been able to together reach and impact over 200 million people.

How often do we come across someone who has the courage to quit a high paying job to pursue his passion and add value to the lives of people?

Meet Saurabh Narang, who had everything life could offer. A lucrative job in British multinational investment bank Barclays, a cushy house in Delhi, and a bustling social life to top it all. But, the 33-year-old decided to take the path less travelled.

In 2017, Saurabh started his journey around the world. In one year, he ended up visiting more 26 Indian states, four Union Territories, and 10 countries. A life-altering experience at Spiti Valley led him to conduct a photo tour in collaboration with Spiti Ecosphere, a social enterprise run by the local community to create sustainable livelihoods.