Golden Knights to wait and see on offer sheets for RFAs Roy, Hague 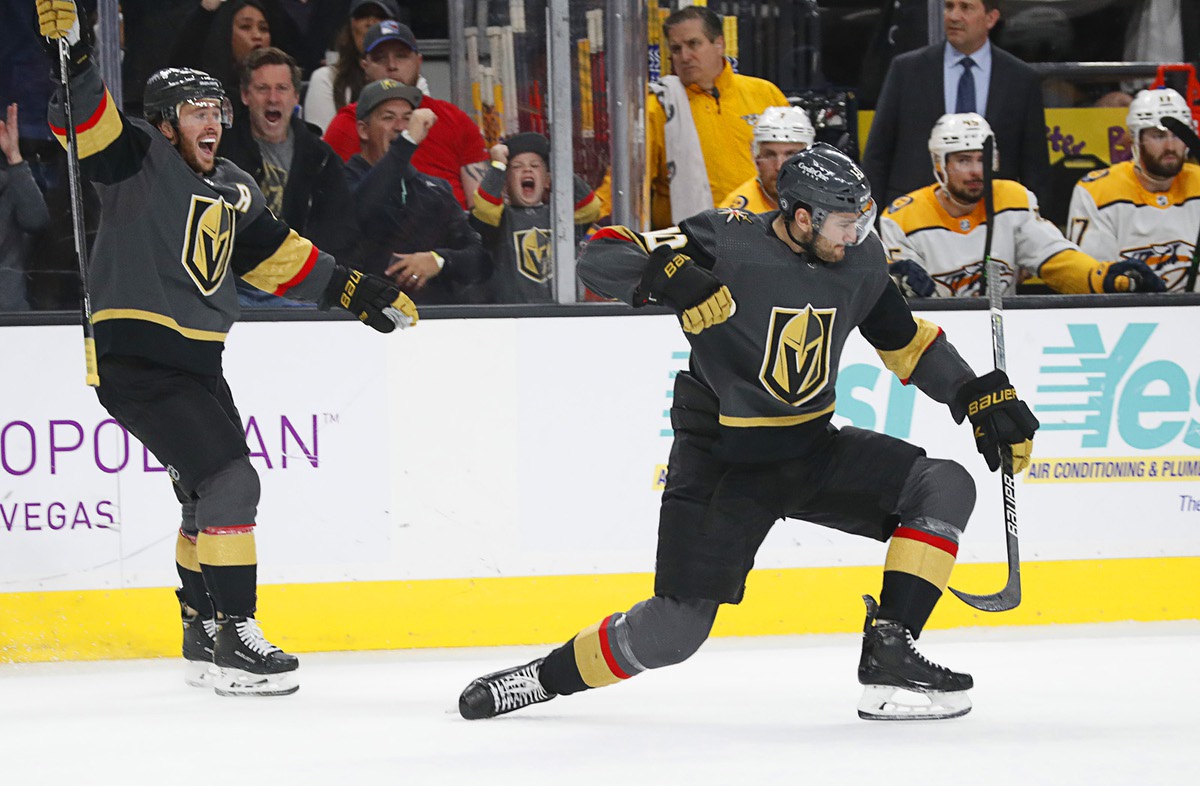 The Golden Knights would like to retain most, if not all, of their restricted free agents. They would like to continue development of center Nicolas Roy and defenseman Nicolas Hague, and they hope Brett Howden can continue his strong play from last season.

But if the opportunity were to present itself and teams come to Vegas’ restricted free agents with offer sheets in tow, it’s something the Golden Knights might explore.

The NHL increased the threshold of RFA compensation for this summer, which now looks like this:

There is value in choosing not to retain RFAs, but it’s not a typical occurrence. Only 38 offer sheets have been tendered since 1986, and 22 of them were matched. The last time that happened was this past offseason, when the Carolina Hurricanes sent a $6.1 million offer sheet for center Jesperi Kotkaniemi to the Montreal Canadiens, which Montreal did not match.

As a result, the Canadiens were given Carolina’s first- and third-round picks for this week’s NHL Draft.

The Golden Knights certainly will not get that type of return on any of their RFAs. Dating back to our roster projection from last month, Evolving Hockey’s contract projection tool had Roy at $3.071 million and Hague at $2.095 million. Based on those numbers, should those players receive offer sheets and the Golden Knights choose not to match, it would net, respectively, a third- and second-round pick next year.

Those draft selections would have come in handy for this week, given the Golden Knights are down a first and third and will have only six selections available.

If Vegas does get offer sheets Roy and Hague, the organization would get back their 2023 second after trading its original pick to Buffalo in the trade for Jack Eichel. Vegas would receive a third third-round pick for 2023; Buffalo sent its third-round pick next year in the Eichel trade, as well.

Never known for holding on to their draft capital, the Golden Knights could have eight picks to use for a potential trade next season. Given that Vegas and trades are the peanut butter and jelly of the NHL, it might behoove the Golden Knights to add more assets for something else down the road.

Letting Roy and Hague walk would not alleviate the cap situation, however. The Golden Knights have approximately $4.5 million in salary cap space once the contract of Shea Weber goes on long-term injured reserve. That cap space will be used up with the reported re-signing of Reilly Smith (three years, $5 million AAV).

No matter the route taken, the Golden Knights will need to shed salary to make some combination of these free agent signings work. Even if Vegas gets Roy and Hague on hometown discounts at $2 million or less, for example, more transactions need to happen to be viable. How the Golden Knights get that to fruition is still up for debate with a week remaining.

Albeit not the type of compensation that Kotkaniemi brought Montreal, it might be enticing for the Golden Knights if negotiations and time do not go in their favor. Hypothetically, a team could offer Roy a four-year contract at $3.5 million average annual value and the clock would start immediately on whether to match or not.

The ability for teams to go 10% over the salary cap can help, but that’s another cap casualty hurdle the Golden Knights would need to clear.

There’s no easy path for the Golden Knights this summer. As much as they would love to get in the free agent game for the likes of Filip Forsberg or Johnny Gaudreau, the bulk of this roster is who will be in uniform come October. Who’s still there will be a different matter.