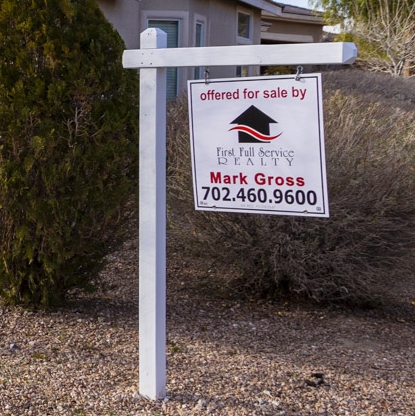 Las Vegas home prices have cooled recently, according to a report released Wednesday by a local Realtors organization.

The report, furnished by the Las Vegas Realtors trade group, showed that the median price for an existing home in the Las Vegas Valley dropped month-to-month for the first time in over two years.

Before June, the last month-to-month drop was recorded in April 2020, around when the coronavirus pandemic had started to adversely affect daily life in America.

Brandon Roberts, a local sales agent and president of the Las Vegas Realtors group, said in a statement that he believes a market “stabilization” is under way.

“Rising mortgage interest rates sparked a slowdown that was bound to happen at some point,” Roberts said, noting the recent trend.

As of last week, mortgage buyer Freddie Mac reported the 30-year mortgage rate as 5.70%, which was a slight decrease from the week before.

In a bid to ease runaway inflation, the Federal Reserve last month raised its benchmark interest rate by three-quarters of a percentage point, the largest single hike since 1994.

Like detached homes, the median price for condominiums and townhomes also decreased in June, according to the report.

Still, condos and townhome prices are up 30% from where they stood for June 2021.

At the end of last month, over 5,700 homes were listed in the Las Vegas Valley without any type of offer, well over double that of June 2021.

Despite recent additions of available homes on the market, the valley still only has about a two-month supply of properties available.

That’s significantly off the industry standard of about a six-month supply for a market to be considered balanced.

During June, the Realtors group found that about 34% of all local properties sold were purchased with cash, a sign that likely points to increased investor activity in the market.

In early 2013 — following the Great Recession and the housing market crash that came with it — cash home purchases in the valley peaked at 60% during one month.

Last year, over 50,000 properties were sold in the valley, which was a record. With a slowing market, it’s unlikely the area will approach 50,000 homes sold this year.

Formerly known as the Greater Las Vegas Association of Realtors, Las Vegas Realtors was founded in 1947. The group has over 17,000 local members.