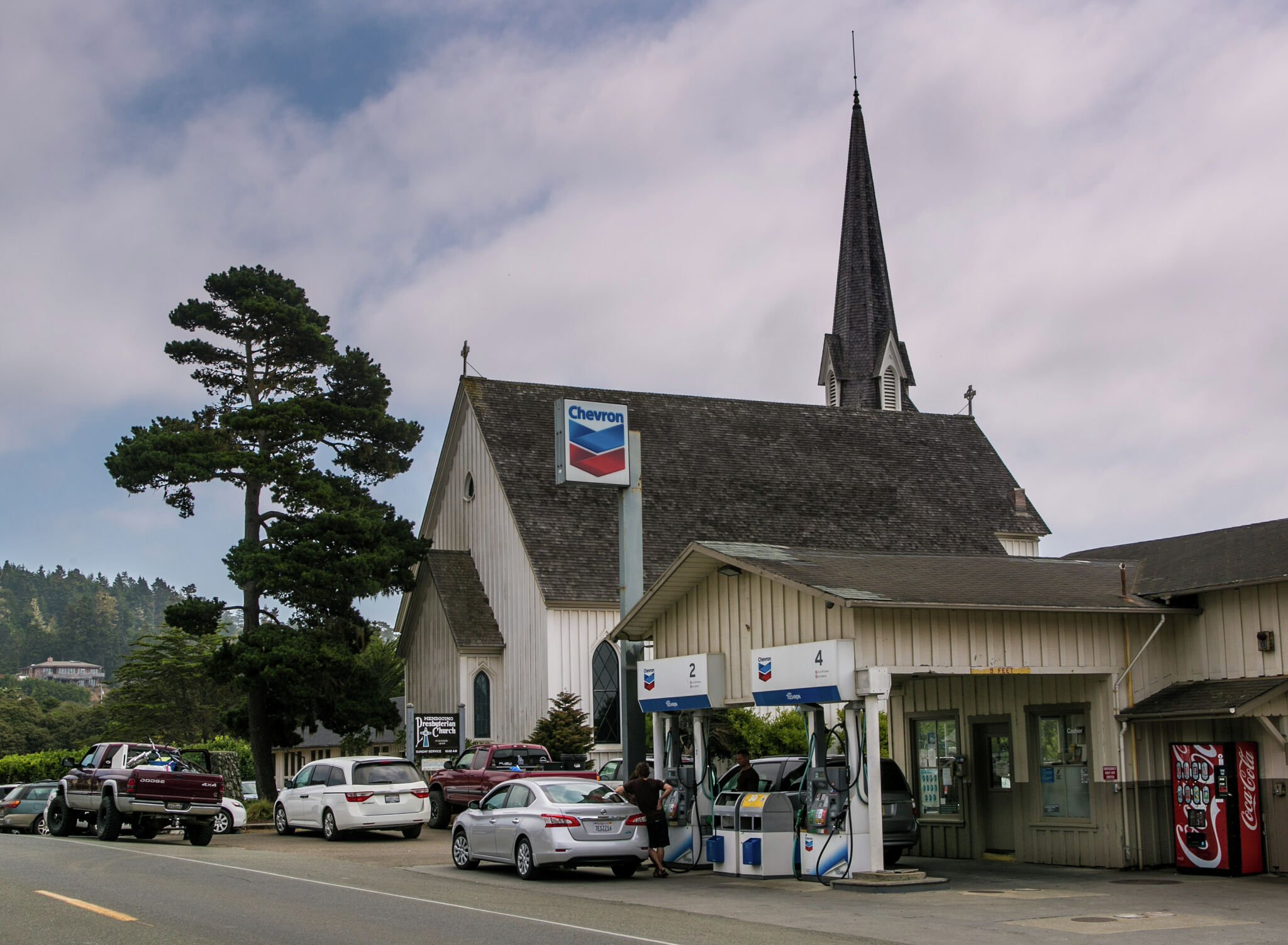 A Chevron in the coastal village of Mendocino was charging $9.60 a gallon for regular on Friday afternoon. That’s more than $3 a gallon above the state average of $6.25, according to AAA.

“I’m going to be lucky if I make the year with all the fees, the regulation, the payroll fees,” she said. “If it continues the way it is, Mendocino won’t have a gas station next year.”

Schlafer’s is the only station in the picturesque town that’s popular with tourists, and it has gotten a lot of attention for its high prices amid soaring gas prices across the country in the past year. The station repeatedly gets called the most expensive gas in the country in the media.

Schlafer doesn’t believe this and said gas is just as expensive in other places.

SFGATE called some stations in remote areas such as Mono County and Big Sur and couldn’t find anything more expensive than Mendocino.

“Without much of a doubt it’s the most expensive gas in the country,” said Patrick De Haan, head of petroleum analysis at Gas Buddy.

$9.45/gal!! Thanks to Matthew for this pic of the Chevron in Mendocino, CA- the most expensive station in the country and the highest price we’ve recorded. It’s over $3/gal higher than the California average and is a definite outlier. #gasprices pic.twitter.com/7AUuxDLCGI

The cost of crude oil drives prices at the pump. Supply is currently limited and this means high prices. The supply issues started in the COVID-19 pandemic when demand for oil plummeted. Demand quickly rebounded, but production and supply are struggling to keep up.

“Refinery capacity has diminished due to COVID,” De Haan said. “We don’t have as much ability to refine as much fuel as the market is consuming. Prices continue to climb, it’s absolutely amazing to see how high prices currently are.”

The Russian invasion of Ukraine has also impacted the price of crude oil as the U.S. and other countries imposed sanctions on Russia, removing millions of barrels from the global supply.

“Prices continue to go up,” De Haan said. “I don’t know when they will go down.”