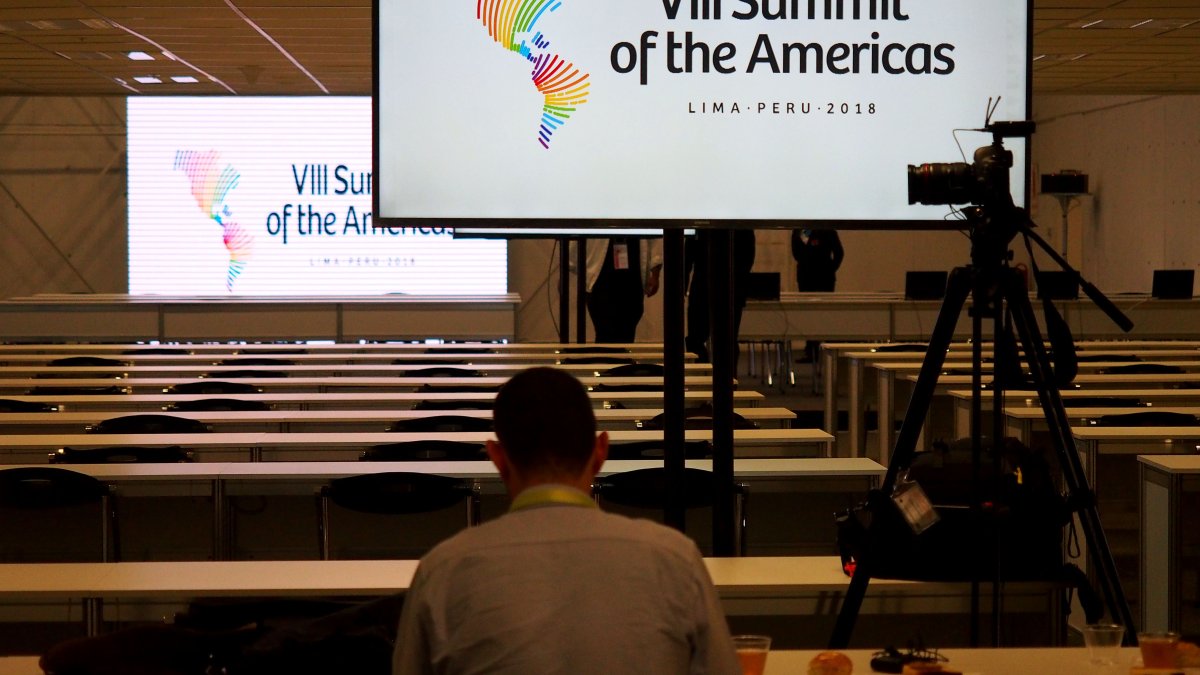 The Ninth Summit of the Americas will bring together leaders from North, South, and Central American countries, along with the Caribbean, to collaborate on how to advance a wide range of proposals in the Western Hemisphere.

The summit will start on June 7 and will run through June 10.

This year’s theme is “Building a Sustainable, Resilient, and Equitable Future.”

Here is a breakdown of what the summit is, who is going, and how it will affect traffic in LA.

What is the Summit of the Americas?

The first ever Summit of the Americas was hosted 1994 in Miami, FL which was convened by former U.S. President Bill Clinton.

The goal of the summit is to bring together world leaders from western hemisphere countries and have productive conversations about issues like economic growth, democracy, improve communication between countries, and human rights.

At this year’s summit the U.S. will host three forums that the guide the summit direction.

Those three forums are the Ninth Civil Society Forum, the Sixth Young Americas Forum, and the Fourth CEO Summit of the Americas.

Each forum’s mission is to foster dialogue between political leaders.

Why is it being hosted in LA this year?

At the 2018, summit former U.S. Vice President Mike Pence suggested the idea that the next summit be hosted in the U.S. This is the second time that the U.S. has hosted the summit since 1994.

LA was selected as the host city for the summit due to the rich diverse history and serves as a melting pot for cultures with a population representing about 140 different countries. LA is also home to the largest Hispanic and Latino communities in the U.S.

Then in January 2022 the White House officially announced that LA would serve as the host city.

What world leaders are going to be attending?

Since the U.S. is the host of this year’s summit they are responsible for the leaders that get invited.

For the most part, all of the countries that have been extended an invitation plan on attending the summit.

The U.S. has decided not to extend invitations to three countries, which has snowballed into other countries threatening to not attend if invitations are not extended.

Cuba, Nicaragua, and Venezuela have not been extended invitations. The U.S.’s decision on this comes after they said that they do not meet requirements listed in the InterAmerican Democratic Charter.

Mexican President Andrés Manuel López Obrador said in a briefing that he might send a representative to take his place if invitations are not sent to those countries.

Mexico’s presence at the summit is important since it is the U.S.’s direct neighbor and both countries work closely on various issues including immigration.

Other countries like El Salvador, Honduras, and Guatemala have also suggested doing the same thing.

How will this affect traffic in LA?

Traffic all around downtown LA and LAX airport will be greatly impacted.

The LA mayor’s office released an official statement urging Angelenos to avoid the areas that will be impacted.

In the statement they urged travelers that if they do need to access the impacted areas that they be prepared to experience some long wait times.

The LA Department of Transportation does not expect any sort of delays or cancellations for normal scheduled rides.

To see the full list of areas that will be impacted and other helpful tips for getting around during the summit use this link.