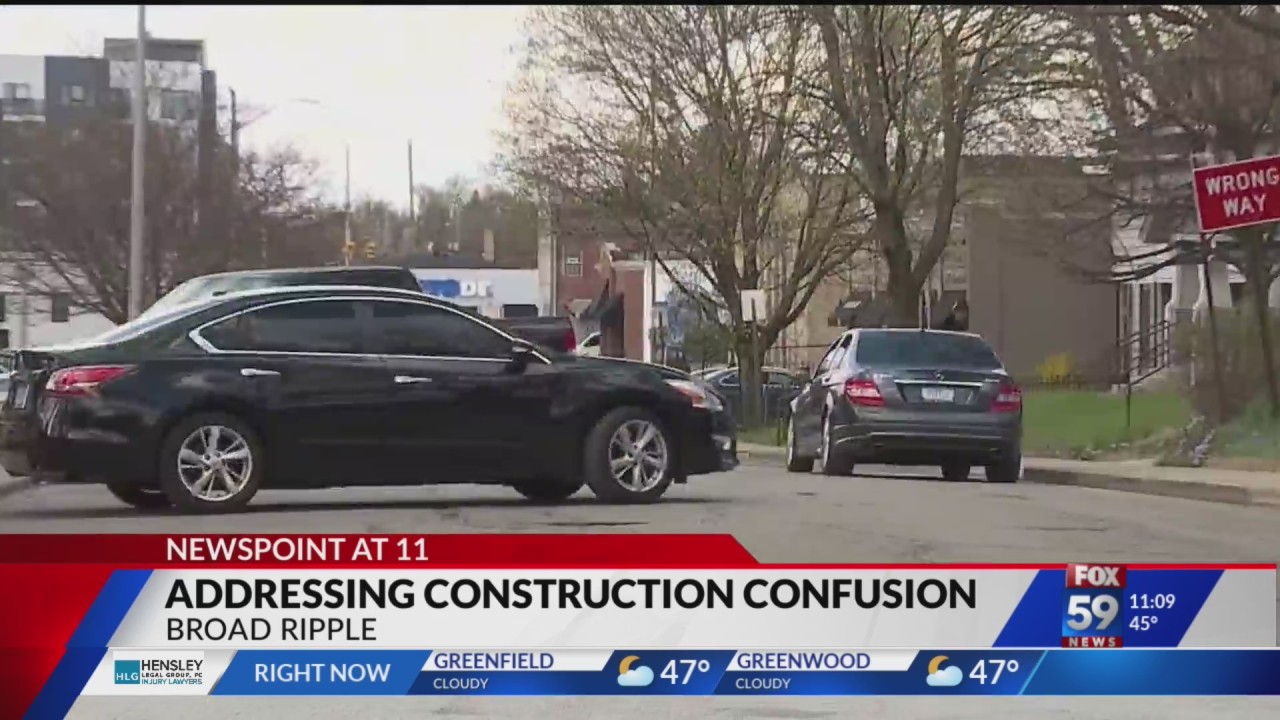 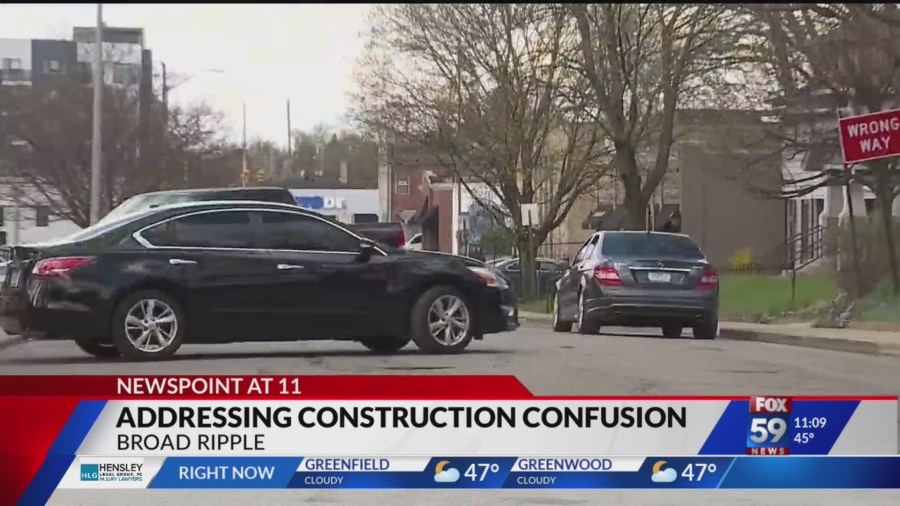 INDIANAPOLIS — For the first time since construction broke ground three weeks ago, the Indianapolis Department of Public Works is addressing concerns surrounding a major construction project in Broad Ripple.

“With Broad Ripple Avenue being closed on certain parts and it being a one-way [on Carrollton Avenue], we’re having trouble having our students access the parking lot without having to zip down a one-way,” said Tiffany Dinwiddie, Community Outreach Coordinator with The Yoga Studio – Broad Ripple.

Dinwiddie was one of dozens of residents who showed up to voice her concerns during Tuesday’s semi-annual public meeting hosted by the Broad Ripple Village Association. She said The Yoga Studio – Broad Ripple is just beginning to regain momentum after the pandemic, but now they are facing a new challenge due to construction.

“I think we haven’t had a lot of consistency with how the construction is and we know there’s a lot of moving parts but we just want some direction so we can make sure we’re taking that direction and giving it to our students,” said Dinwiddie.

Just one week ago, FOX59 spoke to other residents and business owners who shared the same concerns. Neighbors said they frequently see drivers ignoring a one-way street near 62nd Street and Carrollton Avenue, meanwhile business owners along that same one-way admit that is often times the only way customers can access them.

A representative from the Indianapolis Department of Public Works attended Tuesday night’s meeting – providing a brief overview of the project and its timeline before opening the floor to questions and comments.

According to that spokesperson for Indy DPW, the work on Broad Ripple Avenue, as of now, is Citizens Energy Group relocating their utilities in anticipation of DPW’s work. DPW said crews hope to start their portion of work in June or July, so any existing detours are not DPW’s.

“But there wasn’t a representative from Citizens here so it’s kind of hard when they couldn’t give a straight answer to tell us well now what,” said Dinwiddie. “So for now we’re just in limbo.”

A representative from the Indianapolis Department of Public Works said all questions, comments, and concerns regarding current detours should be addressed to Citizens Energy Group.

In a written statement provided Wednesday, a spokesperson from Citizens Energy Group said they were not notified of Tuesday night’s public meeting:

Citizens Energy Group is currently relocating water and natural gas utilities on and around Broad Ripple Avenue in preparation of DPW’s planned improvements this summer. We have been in communication with both DPW and the Broad Ripple Village Association about our work but were not aware of last night’s public meeting.

We know construction is challenging, especially when there are multiple projects occurring in the same vicinity. Business owners and residents should reach out to us with concerns about Citizens’ pre-DPW work at Communications@CitizensEnergyGroup.com and we will work to address them.

In addition, in re: to Carrollton Ave., the work Citizens has been doing has not been in the vicinity of Carrollton, nor has Carrollton been part of our posted detour. All motorists in that area should follow existing permanent signage, which includes “Do Not Enter” and “Wrong Way” signs, as well as a “No Left Turn” sign on 62nd St. When Citizens does move on to Carrollton Ave. to complete work during the week of May 2, we will have a traffic control guard at 62nd St. & Carrollton Ave. to ensure motorists can still access the post office and other businesses.

“We’re very excited for all the updates but we wanna make sure that we’re around for the updates to enjoy them,” said Dinwiddie. “We’re just hoping that they can make it right so that we can continue to be an open and successful business coming off of a pandemic