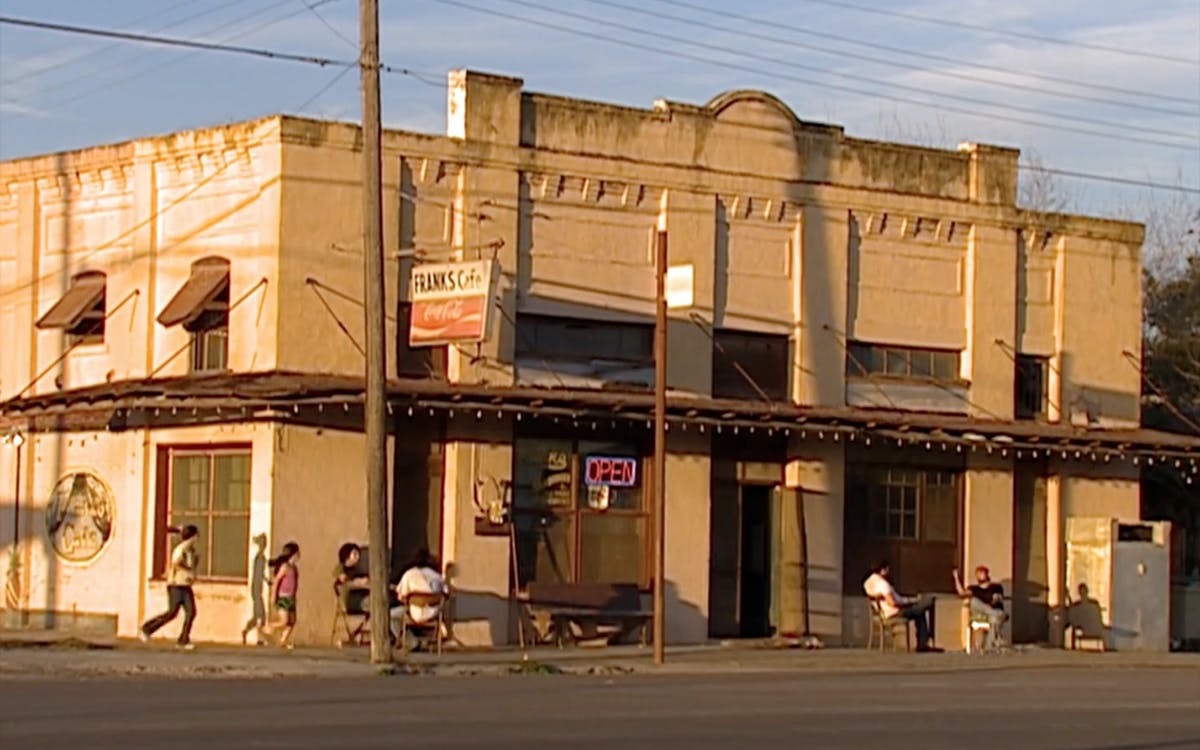 Some Texas towns, it seems, came to be in spite of the odds against them. The plot of land where Hebbronville is today was once a tiny part of Las Noriecitas, one of the most important ranches in the state.

The origins of the town, which was created in 1883 through expansion efforts by the Texas-Mexican Railway, can seem like ancient history. But consider the fact that Frank’s Cafe, still in business across the street from the old train depot, opened fewer than forty years after the town was founded, more than one hundred years ago.

Today Roberto “Big Bob” Gutierrez runs the little cafe, but it was his granddaddy who opened it as a mercantile. Later, Big Bob’s father, Paco, took over and added a food menu before passing it on to the third generation.

In 2004, we visited Big Bob, who has kept Frank’s Cafe (sometimes called Paco’s Place) in the same beautiful old building; it’s still one of the town’s oldest businesses and biggest attractions. The Texas Historical Commission was authorized by the Texas Legislature to recognize businesses that have prospered more than fifty years and have helped to boost the local economy. Three years ago, they gave Frank’s the Texas Treasure Business Award.

On the day we were there, we not only chatted with the locals who have loved Frank’s for generations, but we also saw several out-of-state license plates and talked to people who came to Texas with Frank’s on their “must-do” list. It truly is a Texas Treasure.