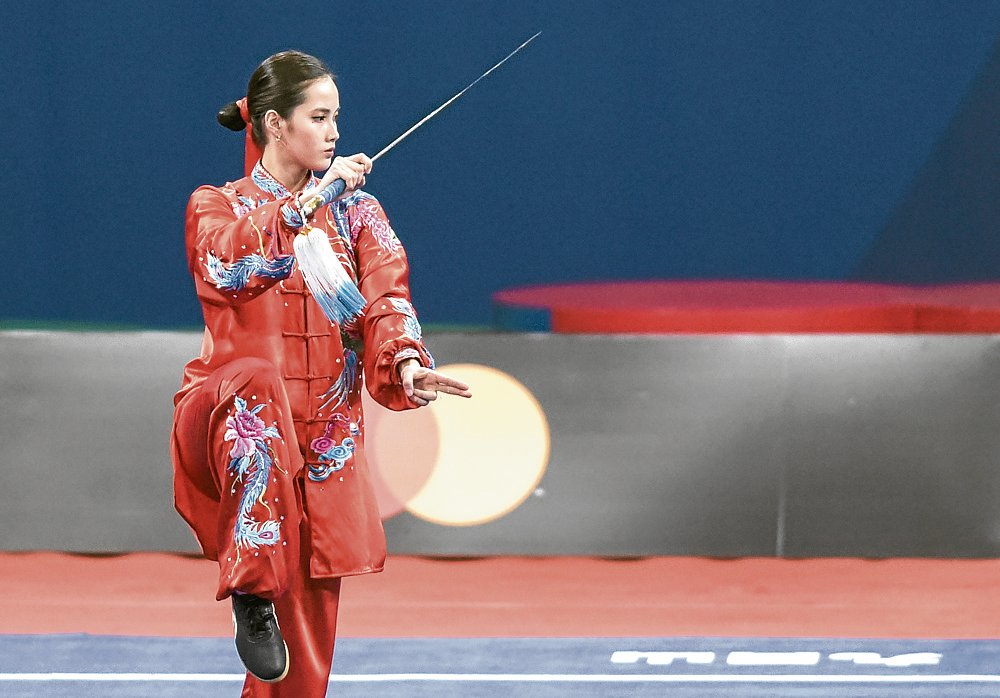 HANOI — The lack of a proper training period has made the once mighty Philippine wushu team to set its sights on much more modest goals.

The squad would now be happy to pick up two golds in the ongoing Southeast Asian Games.

Wushu Federation of the Philippines president Freddie Jalasco said because of the pandemic, the entire team had to train via Zoom for the past two years.

“When our venue was finally cleared for face-to-face practice, it took us one more week to complete the set-up because the athletes themselves did it,” said Jalasco.

It was a bleak start for the country after Jones Llabres Inso settled for a silver medal in men’s taijiquan (forms) at Cau Giay Gymnasium.

Clad in shining white, red and gold, Inso performed his action-packed routine strongly to the delight of the crowd and the judges.

Performing second, Inso garnered 9.70 points which remained unmatched up until the last athlete from Malaysia came up. Zhi Yan Tan beat him by a tenth of a point, tabbing 9.71 for the gold medal.

The Philippines has been considered a heavyweight in the Chinese martial art, winning a record 11 golds, four silvers and two bronzes in the 2005 edition, and 7-2-2 in the 2019 staging, both held in the country.

But Jalasco said they are optimistic to get medals in the sanda event (combat) with Divine Wally leading the charge. Three-time champ Agatha Wong is also competing in the women’s taijiquan in the coming days.