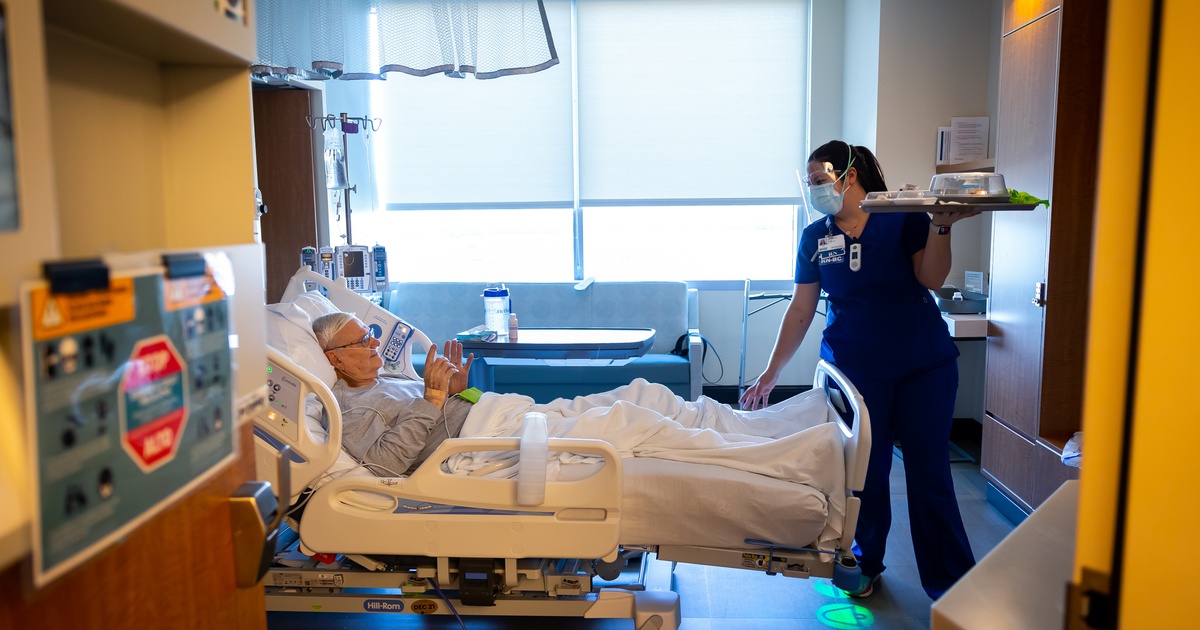 Texas and the rest of the U.S. are experiencing a slight uptick in COVID-19 cases — but health experts say not to panic, noting that the most recent infections seem to be less deadly and that the state is now better prepared than it’s ever been.

State data shows that as of Tuesday, the seven-day average of new cases increased by 178 compared with a week prior, bringing the average to 3,108. In March and April at this time of the month, average daily cases were 3,456 and 2,016, respectively.

The rise in cases in Texas comes as other places across the country, like parts of New York and Oregon, have reissued recommendations to mask up.

“We know that case counts for COVID-19 are increasing all across our state [and] we expect that the case counts will continue to rise,” said Dr. Jennifer Shuford, the chief state epidemiologist for the Texas Department of Health and Human Services.

Shuford said the disease still poses a risk to Texans’ personal health but noted that the state is in a good position to respond to the latest increase.

“Right now, our hospitals have a lot of capacity, and that’s a great thing and hasn’t always been true through this pandemic,” she said.

She also said the number of COVID-19 patients receiving attention at Texas hospitals is the lowest it’s been in the last two years.

Dr. James McDeavitt, the executive vice president and dean of clinical affairs at Baylor College of Medicine, said he hopes immunity from vaccinations and the last two surges will help keep the infection rate low this time around.

“Every time we have one of these waves, every one is a little bit unique,” he said. “​​The hopeful outcome is that because we have enough people vaccinated, and because through delta and omicron [variants] we’ve gotten a lot of people infected, that there is enough immunity in the population that it won’t translate into severe illness and hospitalizations.”

The latest increase in cases can largely be attributed to two new COVID subvariants, BA.2 and BA.2.12.1, which represented 61.8% and 32.4%, respectively, of all cases in Texas during the week of May 7, according to state data. Both are related to earlier subvariants of omicron but don’t appear to be as virulent.

The newer BA.2.12.1 strain is expected to overtake the BA.2 strain and comprise the majority of new cases in Texas. BA.2.12.1 appears to be more transmissible but less deadly than its predecessor, Shuford said.

Carrie Kroll of the Texas Hospital Association agreed that hospitals are largely prepared to deal with this wave and said that treatments like monoclonal antibodies and antiviral pills have made the health facilities better prepared to deal with the virus by preventing COVID-19 patients from reaching acute stages of the disease.

But she also said state hospitals are still facing a shortage of nurses and respiratory therapists, a problem that can be felt across hospital departments, she said.

“The more that we can do to keep the disease at bay so hospitals can focus on people that are acutely ill for other reasons, and make space for them, the better.”

It’s also too early to tell for sure what the direction the rise in cases will take.

“If the consequence of this wave is that a lot of people get viral upper respiratory tract symptoms, have the sniffles, have a cough and it’s self-limiting and [you] don’t get sick, then that would be a good outcome for this wave,” McDeavitt said. “The next couple weeks are going to be telling.”

He added that although COVID-19 variants like delta and omicron have been less deadly and more transmissible than previous variants, “we can’t rule out the possibility that we will eventually see a variant that causes more severe disease than we’ve seen in the past.”

Kroll noted that Texas and the rest of the U.S. will continue to see various peaks and valleys of COVID-19 case numbers as long as a large portion of the population remains unvaccinated or without antibodies for the virus.

“It’s important to remember that we are still in a pandemic, COVID is still a real threat,” Kroll said.

Experts agree that the best way to protect against the virus is still to get vaccinated and boosted. Moreover, wearing high-grade masks in public indoor settings is recommended as an effective way to guard against the virus — especially for people who are immunocompromised or live with individuals who are especially vulnerable to the virus.

Disclosure: The Texas Department of Health and Human Services and the Texas Hospital Association have been financial supporters of The Texas Tribune, a nonprofit, nonpartisan news organization that is funded in part by donations from members, foundations and corporate sponsors. Financial supporters play no role in the Tribune’s journalism. Find a complete list of them here.