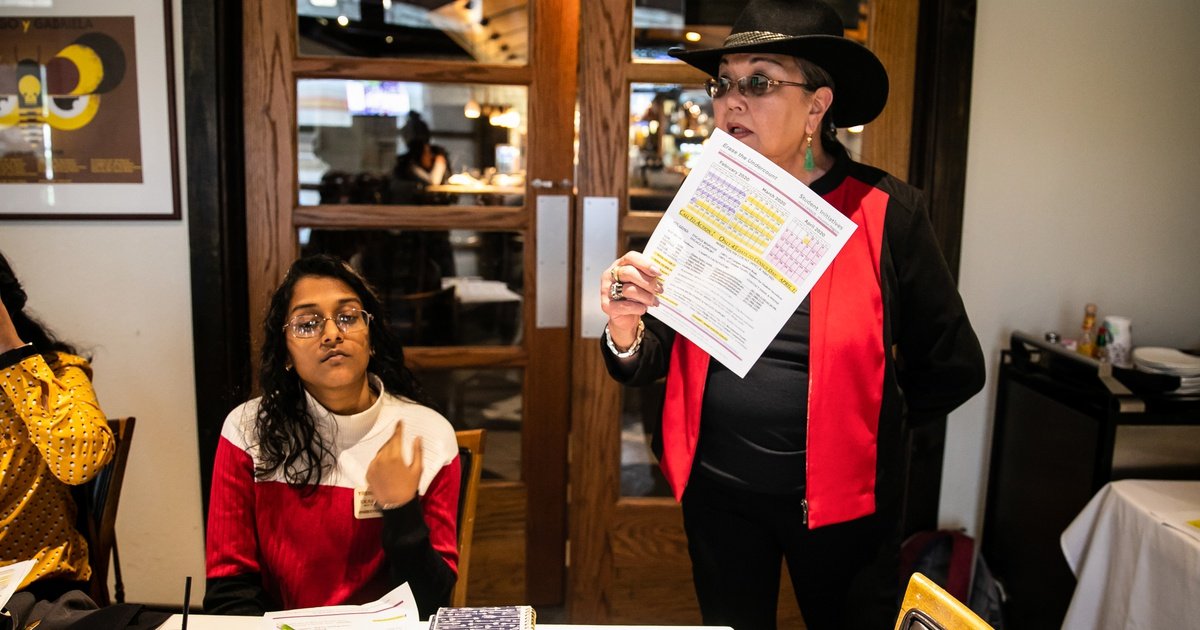 Tripped up by politics and the pandemic — and with only a last-minute investment in promotion by the state — the 2020 census likely undercounted the Texas population by roughly 2%, the U.S. Census Bureau said Thursday.

The once-a-decade national count put Texas’ official population at 29,145,505 after it gained the most residents of any state in the last decade, earning two additional congressional seats. In a post-count analysis using survey results from households, the bureau estimated that the count for people living in Texas households — a slightly smaller population than the total population — failed to find more than half a million residents. That’s the equivalent of missing the entire populations of Lubbock, Laredo and then some.

The undercount means that many residents were missing from the data used by state lawmakers last year to redraw congressional and legislative districts to distribute political power. For the next decade, the undercount will also be baked into the data used by governments and industry to plan and provide for communities.

Texas is just one of six states that the bureau determined had a statistically significant undercount. The others were Arkansas, Florida, Illinois, Mississippi and Tennessee.

The census flows down to Texans’ daily lives, helping to determine the distribution of millions of dollars in funding and services. It plays a role in decisions on where grocery stores are built, how many dollars are needed to adequately fund early childhood programs, which roads are built or repaired and whether schools will be large enough.

The undercount follows state Republican leadership’s refusal ahead of the census to put significant funding toward chasing an accurate count, rejecting proposals by Democratic lawmakers to create a statewide outreach committee and set aside millions of dollars in grants for local outreach efforts.

Even as other states poured millions of dollars into census campaigns, Texas left local governments, nonprofits and even churches to try to reach the millions of Texans who fall into the categories of people that have been historically missed by the count — immigrants, people living in poverty and non-English speakers, to name a few.

Already without state funds, the local canvassing and outreach efforts relying on in-person contact were shut down by the coronavirus pandemic just as they were ramping up in the spring of 2020. The bureau extended time for counting by a few months, but the Trump administration later accelerated the deadline.

As Texas fell behind in the counting compared to other states, organizers struggled to reach groups at the highest risk of being missed as the pandemic continued to ravage their communities. It wasn’t until the 11th hour that Texas quietly launched a sudden pursuit of a multimillion-dollar advertising campaign to promote the count using federal COVID relief dollars.

By then, with just a month of counting to go, the self-response rate for Texas households had barely topped 60%. As census workers followed up in person with households that hadn’t responded, the share of households accounted rose, but Texas remained far behind several other states and several percentage points behind the national average.

The governor’s office did not immediately respond to a request for comment.

The state undercount is likely to further aggravate political watchers who hoped the census would help further boost the state’s political clout. Prior to the 2020 census, Texas was projected to gain three congressional seats. It only ended up gaining two, however, after the state’s 2020 population count came in about 1% lower than earlier estimates.

Texas was the third in line among states that came close to picking up another seat. Only New York and Ohio, both of which were estimated to be overcounted by the Census Bureau, came closer.

Because it’s based on comparing the 2020 census to a followup population survey, the Texas undercount is more of a statistical guess and carries a margin of error. In the case of Texas, the bureau estimates the undercount could have been as large as 3.27% or as small as .57%. By limiting its analysis to people living in households, it leaves off people living in college dorms, prisons and other group quarters.

The bureau did not report any statistically significant undercounts after the 2010 census.

The 2020 Census also had a larger undercount of children under the age of 5 than every other census since 1970.