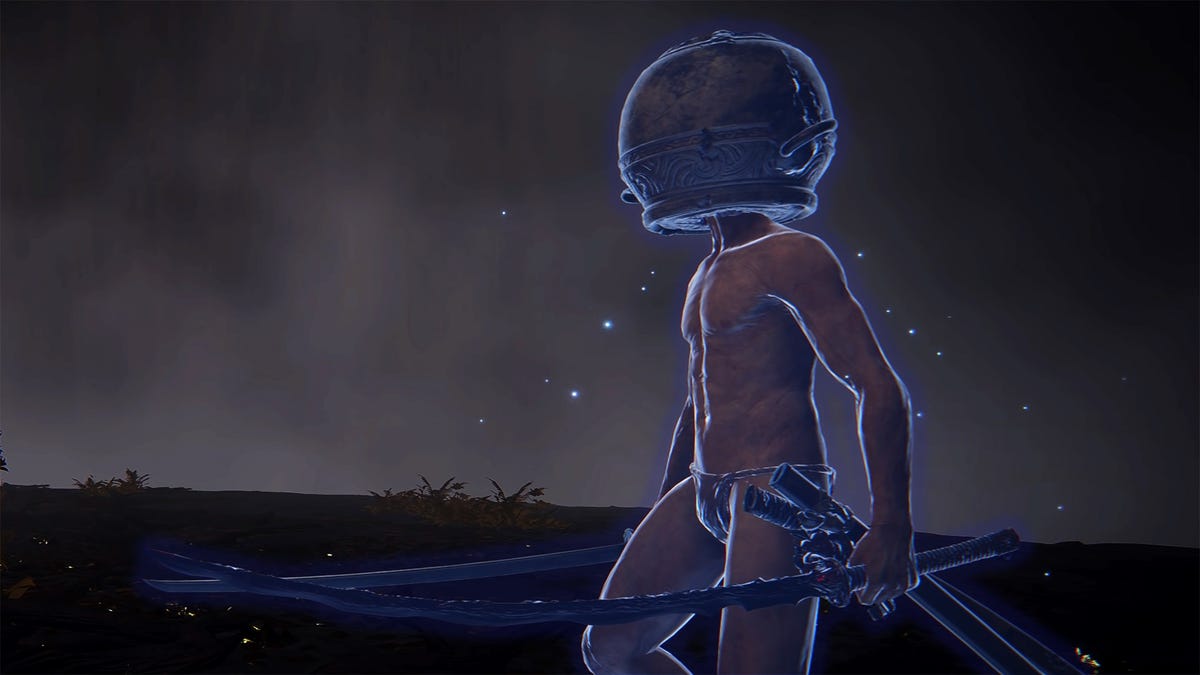 Legendary Elden Ring hero Let Me Solo Her, who’s stolen the community’s heart by aiding battered Tarnished struggling to beat Malenia, hasn’t just had their bravery immortalized in 3D-printed sculptures and fan art: They’re also now a summonable ally. Thanks to a modder named Garden of Eyes, PC players can now call upon the Lands Between’s ultimate badass to beat up whoever’s bullying them.

Garden of Eyes, a modder and YouTuber who creates content around Souls games—check out their totally-not-real Bloodborne 2 gameplay reveal trailer—uploaded a video over the weekend of their latest creation: a mod swapping out the game’s bestest doggos, the Lone Wolf ashes, for Let Me Solo Her. In the video, Garden of Eyes sicced Let Me Solo Her on Malenia (the notoriously difficult boss who inspired the heroic player) and other late-game match-ups like Mohg, Lord of Blood and the Godfrey / Hoarah Loux slugfest.

Using the mod does mean you lose the Lone Wolf Ashes, a true bummer for me. The mod, only available to those who subscribe to the modder’s Patreon, is a total replacement for the wolf pack. But if you find yourself stuck, the swap might be worth it. The mod appears to solo bosses with little problem. In their video, Garden of Eyes even steps back to let Let Me Solo Her ash seemingly tank and finish the Hoarah Loux battle.

Kotaku has reached out to Garden of Eyes for comment.

As FromSoft stans know, the multiplayer component in the company’s games is usually obtuse and imprecise, especially if you’re trying to summon an actual friend and not some random player. The same is true for Elden Ring. Summoning Let Me Solo Her, more often than not, results in a game I like to call pop-and-pray, in which you pop the necessary items (a Furlcalling Finger Remedy, a Furled Finger, etc.) to activate online and pray you find the Tarnished you’re looking for. With Garden of Eyes’ mod, though, you don’t have to pop-and-pray. You can just summon and watch, and your nude AI bodyguard will take care of the rest.