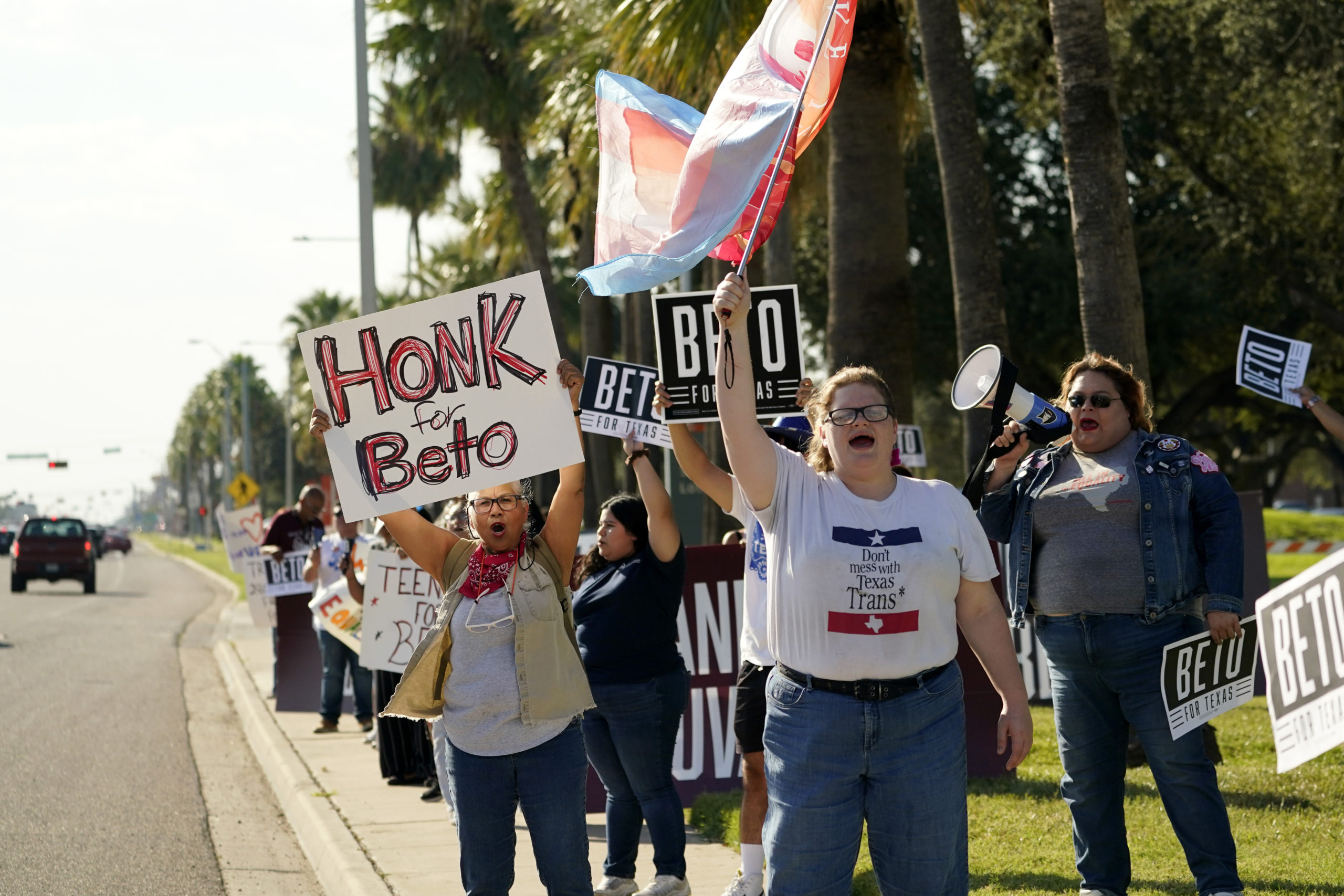 The conventional wisdom among the political observer types in Texas about this one and only gubernatorial debate in Texas was that Beto O’Rourke needed to somehow, someway have a breakthrough against an incumbent governor who—despite taking a drastic rightward lurch and presiding over an increasingly long list of state disasters—has proven resilient in the polls. Abbott, meanwhile, had to simply avoid a major blunder.

Now, the debate is over and the dynamics of the race are the same as they were before. O’Rourke is consistently trailing in the polls by over five points, most voters in Texas have made up their mind, and any of those still undecided likely won’t hinge their vote on what they saw (or more likely, didn’t see) this Friday night.

O’Rourke turned in a competent performance, repeatedly pressing the case that Abbott’s governing of Texas has been an unmitigated disaster for seven years—on gun violence, school safety, crime, border security, education, the electric grid, and on and on. “Governor, the buck stops at your desk. You blame everyone else but yourself,” O’Rourke said of the incumbent.

Abbott largely managed to avoid stepping on any landmines, making headline-grabbing blunders, or answering any questions he didn’t want to, while using every chance he got to call O’Rourke a fearmonger, a liar, a flip-flopper, and a radical.

He sidestepped direct questions about whether he personally supported raising the age to 21 for purchasing assault-style rifles—as families in Uvalde have called for—saying that it was “purely my legal opinion.” Asked whether he, as governor for two terms, had any direct responsibility for the rise in violent crime, he blamed Austin for “defunding” its police and Houston for its bail reform policies (without mentioning that last year he targeted Houston by passing his own statewide bail restriction law plus penalties for cities which reduce police funding).

Asked what he would do to address long-term property relief amid soaring property taxes for homeowners, Abbott committed to using more than half of the state’s projected $27 billion budget surplus (much of which is one-time money created by playing fiscal musical chairs with federal pandemic relief funds) to “buydown” local property rates, an inherently short-term fix that Republicans have resorted to before.

O’Rourke went after Abbott for saying that the root cause of school shooting is mental health, while the state ranks last in overall funding, and that he cut the state budget for such programs by over $200 million last session. Abbott retorted that the state is not, in fact, dead-last in mental health funding—claiming it is now middle of the pack thanks to his actions.

He also committed to make school safety an emergency item in the next session, “just like i’ve done in the past”—implicitly acknowledging that his past efforts in response to mass shootings were insufficient.

When asked to respond to the criticism that he has become much more of a right-wing governor while in office, peaking with his signing of the most extreme abortion ban in the country, Abbott took on a practiced soft, somber tone talking about his Catholic faith and pro-life beliefs that only grew stronger when he adopted his newborn daughter. He doubled down on his stance that women who are raped can access Plan B to prevent a preganancy, since abortion is no longer an option. Beyond that, he said, the alternative was to simply to go through with the pregnancy with assistance from meager prenatal assistance provided by the state’s Alternatives to Abortion program.

For his part, O’Rourke said that on immigration and border security he’d focus on “solutions over stunts.” He criticized Abbott’s Operation Lone Star scheme as a politicized boondoggle, but said he’d support more targeted deployments of DPS troopers and volunteer Guard soldiers on the border.

Asked about his infamous “Hell yes we’re going to take your AR-15s” comment during his presidential campaign, O’Rourke said it’s still his personal belief that those weapons should not be legal, but that as governor, he’d focus on achievable policies with bipartisan support, like raising the age to 21, expanded background checks, and red-flag laws.

On property taxes and education, he pledged to increase the state’s share of public school funding in order to lessen the burden created by school districts’ property taxes.

Abbott said that after changes made to energy policy after Winter Storm Uri, the electric grid is “more resilient and reliable” than ever—as evidenced by the lack of blackouts during this past winter and record-breaking summer. O’Rourke pointed out that there were still conservation notices issued during peak heat waves, and that everyday Texans have been stuck with the tab from the grid failure by paying increasingly high utility bills.

Like most political debates, 30-second limits for answers and 15 seconds for retorts proved woefully inadequate in delivering a real debate about complex and critical issues or accountability for actions.

Does this change the race at all? According to a focus group held by Amarillo’s KAMR TV news station, Abbott went into the debate ahead 40-27, with 33 percent undecided. After the debate, O’Rourke was leading 50-43, with just seven percent still undecided. We’ll see if the rest of those who tuned in from the broader electorate were similarly moved.

Back to your regular programming.