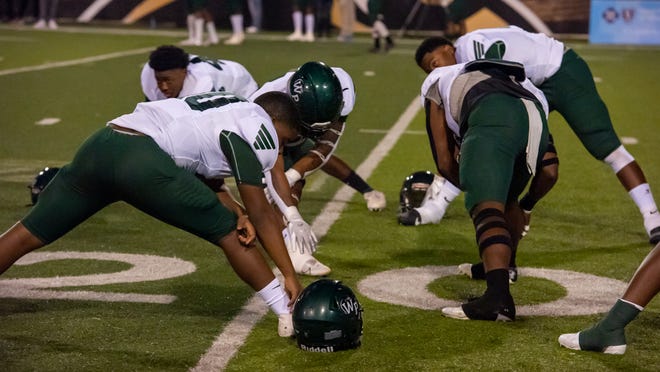 Four-star running back Dante Dowdell is headed to the Pac-12.

Dowdell — the top-rated running back in the state for the Class of 2023 — committed to Oregon on Friday.

The Picayune running back had 329 carries for 2,555 rushing yards and 28 touchdowns in 15 games. Dowdell helped lead the Maroon Tide to a 14-1 record and the MHSAA Class 5A championship.

Dowdell had 25 carries for 149 yards and two touchdowns as Picayune upset West Point 40-21 in the state title game.

Dowdell joins Oxford’s Mack Howard as the second top-10 recruit in the state to head to the Pac-12. Howard, a four-star quarterback, committed to Utah in March.