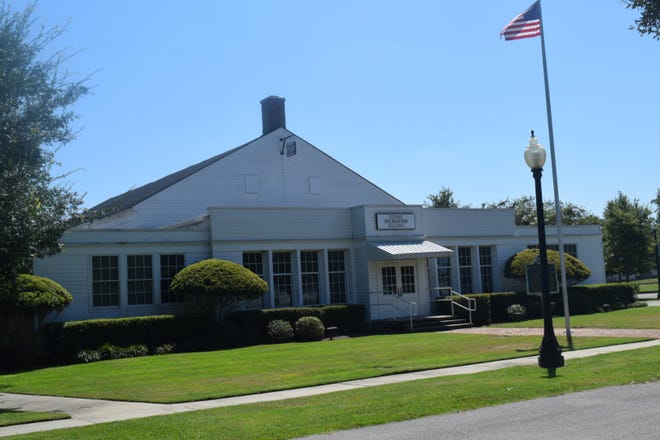 Hattiesburg’s African American History Museum began as a United Service Organizations center — a home away from home for service members in the 1940s.

This month, the site celebrates its 13th anniversary as a museum and decades of service to the community, including everything from providing a place for recreation to a place to preserve history.

“It served many different purposes,” said Vanessa Molden, museum operations and education supervisor. “It was a community center. It was a library for the African Americans, Head Start classes were held here, but it became a museum in 2009.”

Originally called the East Sixth Street USO, it was constructed in 1942 as part of a federally funded project that involved the construction of over 300 similar structures. These structures were built due to President Franklin D. Roosevelt’s desire to provide a place for military personnel to congregate and relax.

Molden said it was the only USO that was built for use by African Americans during the time.

“It served as a home away from home,” Molden said. “They would come here to participate in wholesome activities.

“There were game nights, concerts, dances. Young ladies who were attending the Eureka School would come and serve as hostesses and help plan some of the events as well as just entertain and socialize with the soldiers while they were here.”

Molden said there was also a darkroom where photos could be developed.

After East Sixth Street USO was decommissioned in 1946, it became a community center for African Americans. During its second life, it served as a library and school as well.

Eventually, however, it began to be used as a storage facility.

“During that time there was a group of citizens that became concerned about the condition of the building because it had began to deteriorate,” Molden said. “So they devised a plan of use for the building, and that plan of use was to turn it into a museum honoring the sacrifice of African American soldiers.”

In the late 1990s, the group of citizens convinced the city of Hattiesburg to use the building for housing a local collection of African American military history artifacts and memorabilia.

Community leader and activist, Iola Williams, led the charge by accepting a position as the city’s parks and recreation director in exchange for the use of the USO building.

Over the years artifacts were collected, organized and displayed. The growing collection attracted the attention of the Hattiesburg Convention Commission.

Today, the museum welcomes thousands of visitors every year.

Though the true anniversary is May 23, the museum will celebrate its 13th anniversary on May 19 with an open house.

“To understand that our museum has paid tribute to African American servicemen and women for 13 years and that countless numbers of visitors have read their stories and better understand their contributions because of our efforts is very rewarding,” said Latoya Norman, director of museums for the Hattiesburg Convention Commission.

The celebration will take place from 10 a.m. to 4 p.m., and guests are invited to stop by for a tour, light refreshments, games and door prizes.

“I always take great honor and pride in celebrating what we have here in Hattiesburg because it is a unique and historical building that has great historical significance and great significance to the Hattiesburg community as well as the African American Community,” Molden said of the anniversary.