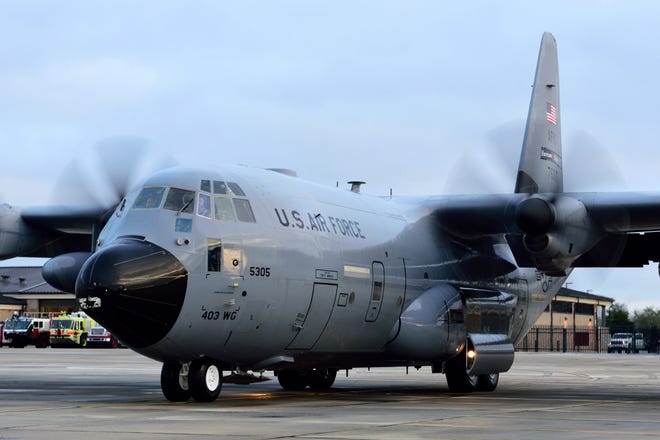 BILOXI, Miss. — Members of the Mississippi Gulf Coast-based Hurricane Hunters have been disciplined after their plane made an unauthorized stop to pick up a crew member’s personal motorcycle.

The five-member crew was spotted briefly stopping in Martha’s Vineyard in March to load a vintage motorcycle, a 1970 BMW R75/5, onto their plane before continuing their assignment to California, The Sun Herald reported.

The motorcycle belonged to a crew member.

Lt. Col. Marnee Losurdo, in a news release Tuesday, said members of the 403rd Wing aircrew responsible for the stop have faced “both administrative and aircrew qualification-related discipline for misuse of a WC-130J Super Hercules aircraft.” Further details were not released.

“The personal stop was an abuse of government assets,” said Col. Stuart M. Rubio, the 403rd Wing commander. “We hold our reservists to the highest standards of conduct and these actions are not tolerated.”

The crew left Keesler Air Force Base in Biloxi, Mississippi, on March 24 and landed at Quonset Air National Guard Base in Rhode Island. Without their superiors’ knowledge, the next day the crew made a detour to Martha’s Vineyard before continuing their assigned mission, which was to pick up equipment from Mather, California, the news release said.

“Once leadership was notified of the incident March 27, they grounded the crew at Mather, and sent another crew to pick up the aircraft and crew (on) March 28,” according to the news release. “The motorcycle remains in California.”